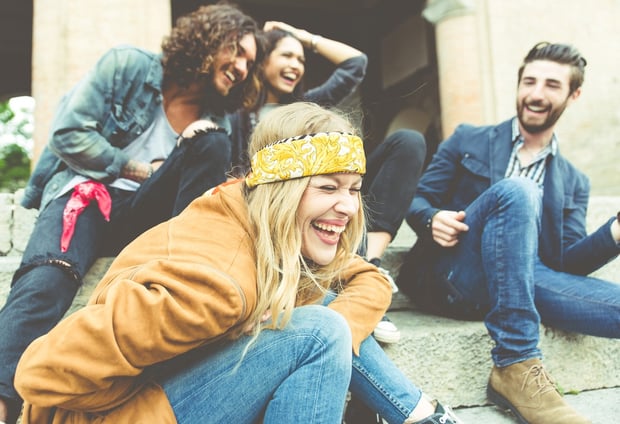 A huge part of being a successful, working musician is learning from and following the lead of others. I’m not necessarily saying you need to start copying sounds and styles of your fellow artists, but you should look at what others – not just musicians – do to become their best selves.

There are a lot of little things that are helpful for becoming more productive, creative, focused, and in the end, successful. While they aren’t all easy, these six actions are at least worth trying.

Musicians and those working in the industry don’t need to adhere to the stereotype of partying all night and sleeping all day. That’s certainly fun, but it’s not conducive to running a business successfully, and if you aren’t already, you should absolutely start thinking about your artistic career as a business. You’ll need all the time you can get to work on every aspect of your career, and you have to work during the same hours as people like booking agents, managers, the media, and so on.

Try setting your alarm for just half an hour earlier than you're used to waking up for a few weeks and see how it goes. It may take some getting used to, but in the end, it could pay off.

It might sound silly, but beginning a morning with a meal can do a lot to set up the rest of the day. It gives your body fuel, it helps your mind think clearly and effectively for many hours to come, and it serves as an official start to what can wind up being an especially productive few hours.

Those who work remotely or from home know that in order to get the most out of their time, they need to trick themselves into working by setting aside space for that activity or reserving certain times for what others would do an in office. Eating breakfast can eventually kickstart a work day, just as it did when you were in school.

Exercise is often the first thing rescheduled when the day begins to get away from you, but it shouldn’t be. If you can, try to fit in at least 15 or 20 minutes of working out in some way, whether that’s going for a run, doing push ups, sit ups, lifting weights, or whatever activity you feel comfortable with. Exercising regularly comes with a myriad of benefits. It breaks up the work day, clears your mind, and gives you energy when you need it the most.

Try doing something physical at some point during the day, even if you’re on tour, and see if you don’t feel better and think more clearly once it’s become routine.

You probably already have a very long to-do list somewhere of everything you need to get to at some point, but you should also take a few moments every day to decide what needs to be accomplished by the time the sun sets and what can wait for another day. That’s difficult to do, but making a daily list of tasks will not only help you work with purpose, but also help you review what else is going on and get a sense of just how much work is ahead of you in the coming days, weeks, and months.

These days, we’ve become conditioned to look at our smartphones first thing in the morning before anything else happens. Instead of making breakfast, exercising, showering, and getting ready for the day, how many times have you laid in bed for 30 minutes or more answering emails, tweeting, scrolling through your Facebook feed, or reading the news? None of these activities is bad, and I would say that you should carve out a few minutes for each throughout every work day (at least), but does it need to be the absolute first thing that happens when your eyes open?

This isn’t the most scientific piece of advice, but it’s a simple mantra you should keep in mind. Whenever you begin to feel the laziness take over, just start working! Whatever you were in the middle of or about to start, force yourself to do it. Answer that email, write that Facebook post, continue penning a song. Whatever it is, there's no other way to get it done than to just keep chugging along.

This all might sound somewhat silly, but in my own life, I have found this to be an incredibly effective way to get more done throughout every day. I often find myself sitting at my desk scrolling through my phone or social media or finding any other menial chore to do to avoid beginning a certain task, even if it’s something I like doing. All of those wasted minutes add up, so I started forcing myself to continue, as opposed to taking small breaks.

It doesn't always work, but when it does, I have absolutely noticed its effect. It is often beginning something that is the most daunting, and once it’s started, it’s not usually as arduous as I thought it was going to be.

Next up: How to Set Yourself Up for Music Career Success