6 Tips to Stay Relevant in Your Facebook Fans' News Feeds 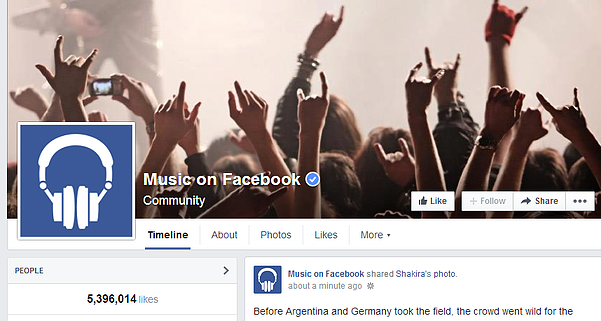 Some websites have claimed that Facebook’s popularity is going down, but don’t think that means you can abandon your page just yet. In fact, even if Facebook is on its way out (there is some debate about that by the way), it should still be at the center of your social media strategy. When people are looking to connect with a band or musician, they head to a few sites, and Facebook is still one of the few places that genuine interactions happen.Also, don’t think that it's a place to simply dump information without thought or follow-up. If you’re looking to increase your fans and engagement with the ones you already have (remember, it’s not enough to get someone to like you and your page—you need to continually convince them to stay), here are six tips you may not have thought of that will help you stay highlighted and relevant in your fans' News Feeds.

1. Use photos whenever you can

These days, people’s feeds on social media are swamped with too many updates to read, no matter how much time you spend scrolling through. Similar as to how many media outlets have found that breaking up articles from the old blocks of text they used to be increases the amount of time viewers spend on a certain page, adding a photo to your post on Facebook will encourage people to spend that extra second looking and reading. The photo should be relevant to whatever you’re writing, but don’t stress about which one to use too much – learning what works best for you and your audience comes in time.

2. Timely content makes your page worth having in their feed

While you and your page certainly shouldn’t try to compete with news sources, you should be discussing the same things your fans are. If some major event that your fans care about is happening – the World Cup or Beyonce announcing she is pregnant, for example – make sure you comment on it somehow. It isn’t terribly important what you say (a joke, how shocked you are, etc.), as long as you’re in on the discussion.

Nowadays, the photo album is slinking in popularity on Facebook, as many people upload photos as they happen right from their phone.

People like being asked their opinion, especially if they know it it's really going to mean something. Trying to decide what songs to play (or in what order) at your next show? Want suggestions for where to eat in a certain city when you’re playing there? Looking for great new music to help inspire you, or simply to play while you’re on the road? You can ask your fans these questions and so many more. They love sharing their wisdom, and it makes them feel like they’re really a part of the whole thing, not just a fan.

Don’t be the guy who just posts text all the time—it’s a surefire way to be ignored, removed from a feed, or to have someone “unlike” you. Try to change it up as often as you can, with posts ranging in length, topic, and with different attachments. In the same day or week (depending on your strategy), it would be a good idea to post a question for fans, several photos, a video, links to songs or news items, and anything else you can think of. Diversity makes everything more interesting!

5. Don’t upload all your images at once

Years ago, it was popular for people to upload many photos, from dozens to hundreds, all at once into an album and share that, but the way people use Facebook has changed. Nowadays, the album is slinking in popularity on the social media site, as many people upload photos as they happen right from their phone. It’s important to act in a way that’s in tandem with what your fans are doing, but you should also know that photos are important content for you. Staggering how and when you share them could increase engagement. Don’t throw them all out at once for people to miss!

6. Update your About page

If you've succeeded in capturing your fans' attention in their News Feeds, you'll want to make sure that you provide them with all the information they need on your actual page. This may seem like a no-brainer, but I can’t tell you how many partially-filled About pages I’ve seen on band profiles. You don’t need to fill it excessively – you don’t have to add every milestone in your life, for example – but everything someone could need should be there. A fan should never have to open another tab to find you on Twitter (the link should be there), and journalists shouldn’t need to search high and low to find your publicist’s email. A few seconds updating this could do you a lot of good.

Do you have any other tips for engaging your Facebook fans? Join the conversation.

Hugh McIntyre is a freelance pop music journalist in NYC by way of Boston. He has written for Billboard, The Hollywood Reporter, MTV, as well as various magazines and blogs around the world. He is also the founder and editor-in-chief of the blog "Pop! Bang! Boom!" which is dedicated to the genre of pop in all of its glory.