How to Create a Compelling Setlist 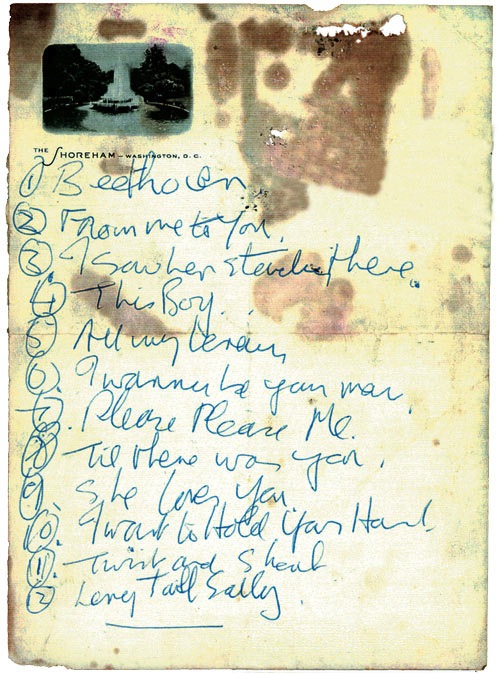 Most musicians know that you should start off your set with a kick and end with a punch, but how you plan everything in between is what can make the difference between a good show and a great show.

Imagine your setlist is telling a story with a distinct beginning, middle and end. Then decide what story you want to tell to your audience. The specific story will (and should) vary from show to show, but it's always going to boil down to six key factors.

1. Consider your setting and audience

I know we've all heard this before in many contexts, but it pertains to music as well: first impressions count! You're going to want the first song you play to be a strong one, but keep in mind that it also might be a “tester” while the sound guy adjusts levels and the audience takes in the visuals and other aspects of the show. With that in mind, save your “real” opener for second. Grab their attention with high energy at the beginning, but save your best song for last. Leave people wanting more!

The setting of the venue will determine the mood you create. At a sit-down concert, you might want to play ballads with thoughtful lyrics and throw in the occasional upbeat song. On the other side of the spectrum, if you're playing at a bar or club where people will be talking, drinking and dancing, you'll want to keep the groove going strong for the majority of the night, and occasionally dip down with a ballad to provide space and let the set breathe.

Creating good setlist flow is an art form of its own. No matter the size of your repertoire, try to optimize your flow so that the songs complement each other, allowing each to shine. If you have particular songs you want to showcase, consider which songs to place before and after.

Even if your repertoire is diverse, the set should make sense to the listener. You don’t want to bore your audience, so there needs to be a little bit of contrast between the songs. Try to break up the songs that sound similar without creating too much of a jarring sensation. Make the transitions gradual in sound and content.

Try a flow that has three peaks like a “W.” Place songs that you want to feature at the beginning, middle and end paired with other songs that complement them and provide a change in key, tempo, timbre, mood, feel and/or message. Not sure if your setlist order is working? If you have recordings of your songs, create a playlist in iTunes and listen to the transitions to help with the process.

How you navigate the transitions between your songs is just one more layer that can add professionalism to your performance – and it involves much more than just deciding which song comes next. Creating a good transition involves thinking about how one song can lead to the next musically. If you have two songs in the same key and tempo, you might want to create a segue where the songs bleed into each other without stopping. If the guitarist needs to tune up or band members need to switch instrumentation, that's a great opportunity to chat with the audience.

If you're not a solo act, determine ahead of time who will speak to the audience when to avoid awkwardness on stage. Plan the stories or jokes you're going to tell, especially where you know the changes will take a minute. Interacting with the audience helps them connect with you and your music. Rehearsing even seemingly small details such as these is what separates the amateurs from the pros. As counterintuitive as it may seem, spontaneity is in fact born from comfort and familiarity with your set and material.

4. Be prepared to change it up

Speaking of spontaneity, remember that things are not always going to go as planned – so be prepared, but also don't get caught off guard if you have to switch something up! Your audience is your best mood meter, so if you constantly scan the room to see how your music hits them, you'll know what you need to do to keep them engaged and happy. Make sure you have a few extra songs prepared to throw into the set to cater to the energy of the room and change things up if need be. Have an encore song ready, but don't be brokenhearted if you don't get a chance to play it. And while you're at it, always have a new song in your set every month or two (whether it's an original or a cover) to keep things interesting for yourself and your fans.

Writing and playing originals is the way to make a name for yourself, but if the venue allows cover songs, it's smart to put your own spin on a few popular songs that you know you can do justice. Familiarity makes people excited, so if you're new to your audience, covers can help to rope them in and open their minds to your own songs. I would recommend tossing a cover in as the first or second song, and put one towards the end once the crowd has warmed up.

6. Cater to the length of the set

Plan ahead and choose the right number of songs for the length of time you're given. Allow about five minutes per song, including the transitions. There's always a time for rockin’ out and a time for a lulling the crowd with a sweet ballad.