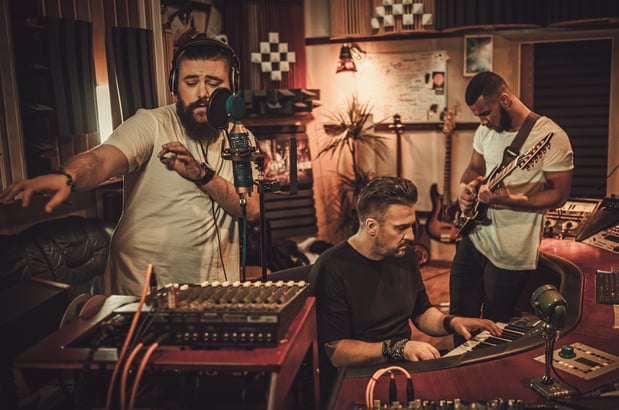 Having your name appear on a Billboard chart is something that many artists aspire to, but despite efforts made by the media company to include new names and listings that only focus on those who haven’t yet broken into the mainstream, it remains incredibly difficult to make it to that point.

If becoming a Billboard-charting artist is something you aspire to (it’s not for everyone, and not everybody who makes music actually cares about that sort of thing), here are some tricks that might help you game the system a little bit... though let me make it clear that even if you follow my advice outlined below, you’re still going to need a lot of help and a lot of luck to make this work.

While they may currently be in fashion, surprise releases only usually work for the biggest names in the music industry, so unless you’re Beyoncé, don’t even try this route. It’s also worth mentioning that while many popular artists have started leaving only a few weeks (or even less time) between a new album's announcement until it's actually released, that’s probably not an advantageous idea for someone working their way up.

The longer fans have to order your new album, the better you’ll make out. If you only allow a few days of presales, people may forget, they might not get the message (no matter how much you share and reshare on social media), or they may decide to wait until the day it’s actually out... only to forget when the time arrives.

Remind people frequently, and in tactful ways, that your album is up for presale and that they should order it ASAP! You can offer something to those who do so, such as a track from the record before it’s out or possibly discounts on tickets or merch, but make sure you’re still making the money you need.

When it comes to making it onto a Billboard chart, it’s all about the numbers, and as trustworthy as you may be, the organization, which actually collects its data from Nielsen Music/Soundscan, won’t simply listen to what you tell them. All sales and streams are digitally collected and reported, so every sale and every play must be on a reporting platform or store, otherwise, it won’t count towards your first week total.

Everybody likes buying CDs when they’re at a show or from your website, and while that can be a nice way to earn a few extra bucks after performing, those aren't included when it comes to charting, so do everything you can to avoid situations where you’ll be moving units when they won’t count. Instead, point people to Amazon, iTunes, Spotify, Apple Music, or a local record store, preferably a chain, as the major ones are included when it comes to the Billboard charts.

You may not want to hear this, but if you want to encourage as many people as possible to actually purchase your album in the first few days it’s available, which is still the best way to work your way up a Billboard chart, you’re going to need to offer it at a price that is attractive to them.

While the rules stipulate that a full-length must be sold for at least $3.99 in order to count towards the charts (so no, you can’t start giving it away for free or pull a Lady Gaga and let people buy it for a dollar), you can come close to that sum, which may assist those with limited resources in helping you out.

You don’t need to adhere to the $3.99 sum, but the higher you go, the more people will decide to hold off or stream the collection instead, which is still good, but not quite as impactful.

4. Ask fans to stream and buy it

Your most ardent supporters are sure to do whatever they can to see your name appear on one of those important rankings, and if you look to them to do something that won’t cost them any extra cash, they’ll probably be even more willing to sign up!

Ask your friends, family, and followers to stream your new album in addition to buying it. That way, you’ll move twice as many units, which will help you in the end.

For those who really want to be helpful, tell them that they can stream your album several times in the first week, which will pad your total by quite a bit. Ask them to buy the record and then stream it anytime they want to listen to it, and if you’re comfortable doing so, suggest to them (perhaps just those you actually know or are close to, unless you have that sort of relationship with your fans) that they can keep it streaming on silent all night long or perhaps while they’re doing other things.

Those plays (to a certain extent — Nielsen does cap the total per person per week and too, too many plays might backfire and result in your album being removed or even you, yourself, getting banned) all count, and if you have several people doing so, all of a sudden one human can generate many units in a single frame.

One of the most egregious things I see up-and-coming artists doing that hurts their chances of reaching a chart is releasing their album on the wrong date! Let me make it very clear: the charting frame is from Friday at midnight EST until the end of the following Thursday. Any purchases or streams outside of that time frame will count towards a different week, and since you’re looking to accrue as much attention as possible in the first seven days, be smart about when you make the music available!

Next up: How Songs Make it Onto the Billboard Charts