7 Lessons All Musicians Should Learn From Prince 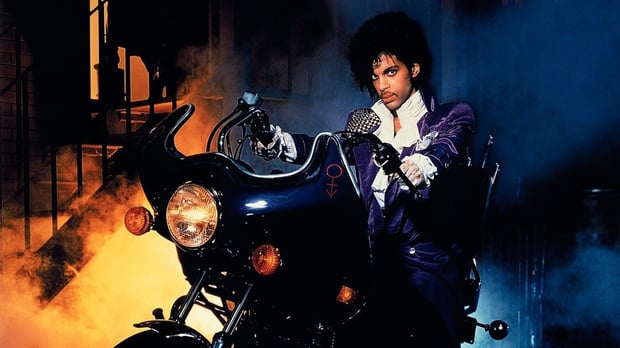 Image via Sound Opinions on flickr.com; used under Creative Commons

4/21/16 update: We're deeply saddened to hear the news that Prince has passed away today. He was a true legend and a gift to the music world who will continue to inspire musicians for many years to come.

There are musicians, and then there’s Prince. The uncompromising iconoclast formerly known as Prince Rogers Nelson has been starting parties and baffling critics since the day he stepped out onto the Minneapolis funk and rock scene in the late 1970s. Combining elements of wailing guitar rock, funky R&B, and psychedelic funk music with sexual and political lyrics put Prince at the top of the charts and made him a high priority for conservative politicians in the White House and Senate.

In his prime, Prince dominated the charts, sold out tours, starred in the feature film Purple Rain, was nominated for Grammys, and wrote breakout songs for up-and-coming performers. All this while being one of the most divisive performers of the time, polarizing the pop world with his in-your-face attitude and unique approach to making music.

Much of Prince’s success can be attributed to his blending of classic pop music concepts with modern and post-modern ideas. Prince is still one of the most enigmatic musicians around, causing controversy and speculation with his every appearance. He has enjoyed over 30 years of success creating many different kinds of music for many different people. Indeed, there are many things we can learn from this pioneer of pop music. Here are seven things that all musicians should learn from Prince.

Prince was a pioneer in what you might call "shock rock," taking the androgynous concepts created by Alice Cooper and David Bowie into funkier territory. He regularly took somewhat shocking images of himself in compromising situations. He was no stranger to high fashion, appearing just as tough as he was beautiful. This also translated to Prince’s music. He rarely repeated himself in his songwriting, moving quickly from style to style on each record he made. His lyrics covered taboo and risqué subject matter, sometimes getting highly liberal in his politics. Many people were outraged, but many more were inspired and listened closely to his incredibly witty and clever lyrics.

While Prince’s antics and persona often got the most attention, his musicianship remains unrivaled. Capable of playing just about any instrument, the majority of his recordings feature him playing all of the instruments. He would take it even further, developing techniques performing with new musical technologies like drum machines and synthesizers. On top of this, he has firmly established himself as a guitar god, playing some of the most intense guitar solos and leads this side of Jimi Hendrix.

[4 Valuable Benefits of Being Proficient on More Than One Instrument]

3. Learn how to produce and engineer recordings

Prince wasn’t just amazing at playing instruments – he led the production and engineering on nearly all of his recorded output. And he didn’t just push faders: Prince created wholly unique ways to multi-track, pitch shift, and create sounds that would influence an entire generation of musicians. His ability to use the studio as an instrument, crafting entire landscapes of pulsating sounds and vocals, remains unrivaled by all but the best in the business.

Don’t mistake Prince for someone who simply had enough money to afford to crack open expensive machines. Because of the success of Prince’s bare-bones third album Dirty Mind (which was recorded by Prince himself, at his Minneapolis home, with little of the synths and drum machines that would define his sound on the recordings), Prince finally made some money. And like a wise musician, he turned around and updated his gear with the most modern sounds he could find. He would go as far to rewire and hack his Linn LM-1 to create wholly original drum sounds and hand claps that would become a part of his trademark sound.

Prince had a wide range of musical tastes, crafting everything from hardcore dance songs to silky smooth ballads and all points in between. He could be shredding a high-gain guitar lead in one song and then playing a lilting piano chord progression in the other. This sort of dynamic in songwriting is beneficial to listeners, giving them something to listen to when they're feeling certain moods and offering them reasons to reexamine and revisit an artist’s repertoire.

6. Collaborate with other people outside your project

Prince played with an amazing number of musicians considering he mostly recorded his music by himself. In addition to the many musicians who have played in his live band, Prince made a very large name for himself crafting some of the greatest songs for other artists to sing. People like Sinead O’Connor, Sheila E, and the Bangles had massive success on the charts with songs penned by Prince, even at times when his own self-released songs were dominating the charts, too.

7. Take the time to craft your image

Many musicians shy away from crafting a sort of persona or even dressing up onstage. There’s many a reason to go either direction, but there's a lot to be said about how Prince handled his persona. By creating a larger-than-life image of his own extremes, Prince added a convincing legitimacy to his music and lyrics. Instead of being merely a cartoon character (though there is much humor in Prince’s music), Prince could challenge your views on sex, gender, racism, classism, and art itself without letting you miss a beat at your favorite dance club. This is largely a result of how people perceived his persona. By giving the audience something to understand, Prince connected with many more people than if he came out and directly said, "This is me."