7 Reasons You Aren't Getting the Gig 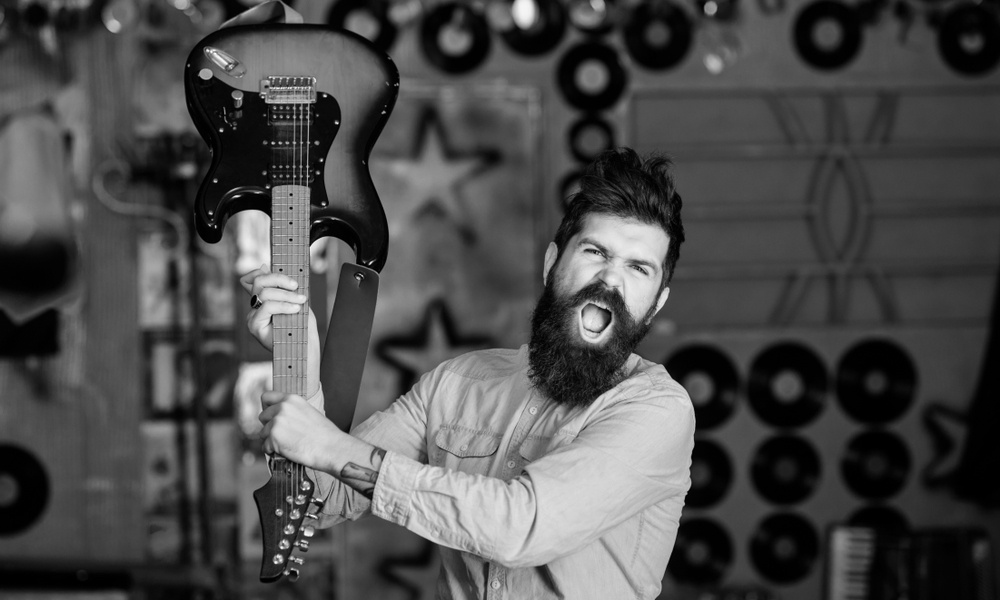 Gigs are the lifeblood of any artist – they get fans, help sell merch, and (hopefully) help make some real money. But here you are treading water, and your phone is dead silent. Your band's email account is gathering spam and cobwebs. What gives?

Here are seven reasons you might be struggling to book those gigs.

Your EPK is your introduction to decision makers – in many cases, it's the very first impression they get. Some artists simply upload a photo or two, maybe a couple of MP3s, and call it done.

Put yourself in the shoes of promoter who gets hundreds or thousands of these a day. Who are they going to take more seriously? Someone with a complete and thoughtfully filled-out EPK, or someone who's only done the bare minimum (if that)?

Sure, your music might be great, and you might even put on an amazing show. But when there's a time crunch, it's easy to shuffle that incomplete package to the bottom of the pile and maybe even forget about it altogether. Look over your EPK, and make sure it's complete.

2. You're not submitting to enough shows

In some cases, bands submit to major venues or shows, kick back, and wait for the offers to roll in. Putting all your eggs in one basket is never smart. The reality is the top-tier gigs are even more competitive. You may be waiting a long time to hear back — if it all.

That's no reason to put your career on hold. It's bad for your morale and can be psychologically devastating if and when you don't hear anything. Keep your eyes on the prize, but plug away at every opportunity you possibly can. The more shows you play, the more experience and fans you can gain.

3. You're coming off cocky

There are exceptions, of course – Kanye, Guns 'N Roses, etc. – but, in general, lack of humility will turn promoters and decision makers off. Yes, you do need to be confident; don't sell yourself short or come off like you don't believe in your music. But overconfidence – bragging that you're the next coming of the Rolling Stones or single-handedly saving rock 'n' roll – is just going to come off as egotistical.

Look over your EPK and see if there are any places where this applies. You do need to toot your own horn a little, but there are humble ways to do that. If you have press clippings that lavish you with praise, for instance, highlight them instead of saying it yourself. That way it doesn't come off big headed – and, even better, it comes from someone of importance.

4. You don't have live videos

Promoters often say live videos are so major, they won't book a band without them. Sure, your demo may sound great, but that's the studio. Can you play your instruments live? Are you engaging the crowd, or do you just stand there looking disinterested?

If you don't have live videos of your show, don't worry – they're pretty easy to get. Just have a fan or friend tape you from the audience. If you're feeling really extra, you can pay a pro to come record you. Some bands will even stage a whole show (rent out a venue, invite fans for free, etc.) just to get a really good recording. You obviously don't need to go that far, but, bare minimum, it should be a good recording that represents you well.

5. Your EPK is outdated

If you've recently released an EP, or have new music that changes the sound of your band, it should be included in your EPK. People booking you need to know what they're getting – and they don't like surprises.

If they book you as a hardcore band but you've recently gone more pop... you're gonna have a bad time. You might be really good, but word will still get around – and that will make other venues hesitant.

Same goes for pictures. If you've had a lineup change, you might want to update that info and take some new band pics. Your EPK should be the place to go for the freshest, most current info.

6. Your social media isn't connected to your EPK

In this day and age, social media rules all. Decision makers want to see your numbers and engagement level. If you haven't linked your EPK to social media, this alone could be a reason you're not booking gigs.

If a band has great social media numbers, that tells venues that they've got a solid fanbase that will support them at shows – which translates to ticket sales, drink sales, and maybe even return customers to the venue.

If you don't have good social media game, there's still no excuse – link to the EPK anyway and start building your numbers. Let them see that you're actively engaging and growing your fanbase.

You might be doing 300 shows a year, but are you updating them constantly on your EPK? If not, you might as well not be playing – at least as far as decision makers are concerned. If they see you playing a lot of gigs – hopefully even some higher profile gigs – they're bound to take you more seriously.

Unfortunately, the opposite is also true – with no gigs listed, they may just assume you're a baby band or an amateur act and keep scrolling.

Remember, your EPK is your first – and maybe only – chance to make a good impression. So take the time and effort to fill out everything completely and thoughtfully – you'll be putting the odds in your favor when you do.