8 Things Musicians Should Never, Ever Say During Interviews 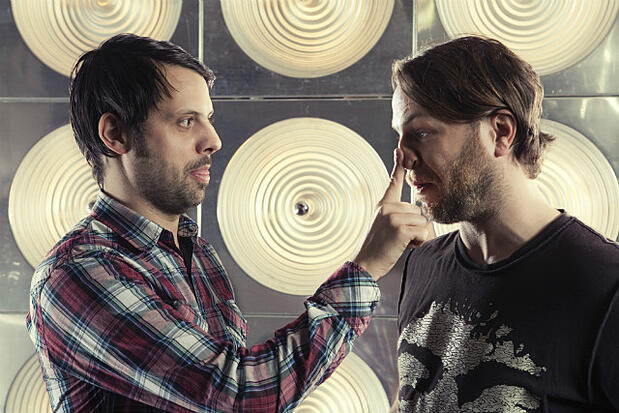 Interviews are an art form. Usually, the person asking the questions and the one answering them are not on the same level of artistry. When they are, it can yield a memorable piece of press. But even when they're not, it doesn't mean the interview will be a wash. Chances are, there are plenty of things you can do to give a good and interesting interview by knowing what not to say. If you're a new band and a novice at doing interviews, these are eight things you should never, ever say. (Note: These are all variations of things I have personally heard said either by a band I have worked with or that a band has said to me as an interviewer.)

That starts things off on the wrong, negative foot, making it seem like you're disinterested or have better things to do. You don't.

Zzz. That's conversational Ambien. Every band says that and it means absolutely nothing. Something more specific will be more interesting to the reader, the fan, and the interviewer. It can also spur further questions.

Who does, though? Come on. That's a chat crutch. Talk about what kind of album you made, how you did it, what you did, and why. Show, don't tell.

4. "We're doing something different and unique."

Again, that says nada, yet it's a very popular and snoozy answer. Explain exactly what you're doing that's new and unique, or the interviewer will be yawning from start to finish. You can't go wrong with an example.

If you haven't been properly briefed on what your interview's about or which outlet it's for, don't ask a question such as that. You sound (and are) unprepared. Instead, be specific and ask about the publication, such as in which section it'll run or when it'll run. That can help you glean more specific details.

6. "Ugh. Another interview? Do I really need to be doing this interview right now?"

I once had a seasoned veteran artist say this to me as an interviewer in person on a tour bus. And while I empathized with his tiredness, I was totally bummed and disappointed that he was that vocal about his lack of desire to chat for a feature. Don't do this, since it sends the wrong message to the person who's supporting your band.

7. "My manager and publicist made me get up early to do this interview, so they suck."

This was also said to me by a musician I was interviewing. You wanna talk about starting off on the wrong foot? It was TMI, and I was already on guard knowing his interest level was next to nil. Watch what you say about your team.

A band I worked with, that was super fun but had a lot of in-fighting, once left a member behind at a truck stop. He should have canceled the interview that was slated to happen around that time. But when the writer called, he said that. It was another case of TMI, since it was the perfect way to start a rumor and get blogs chattering about dissension in the ranks. So don't diss your bandmates unless you're prepared to deal with the fallout.

Be careful what you say and who you say it about. Put some thought into your answers, and don't say boring, non-specific stuff.