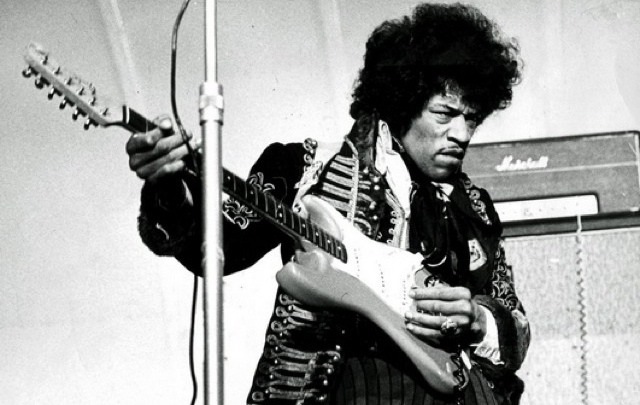 Comparing your band to legends like Jimi Hendrix isn’t doing you any favors. (Image via Wikimedia Commons)

Although some may like to claim otherwise, music journalists and publicists need each other. Without publicists, a lot of great music would go unheard, and without journalists, publicists would be shouting about their clients into a great void.

That said, while we welcome the pitches of publicists, sometimes those pitches can be more harmful than helpful. Pitch emails that contain any of these nine things make all music journalists grit their teeth – and quickly hit delete.

1. Being addressed by the wrong name or by email address

“Hey Julie...” Hey right back atcha, but my name’s Adam. I have no idea why you think I’m Julie, or if someone named Julie has just opened an email sent to them that began, “Hey Adam,” but if your pitch inspires me to put together a playlist that includes Whitney Houston’s “My Name Is Not Susan” and Alicia Keys’ “You Don’t Know My Name,” it’s not a good thing.

Similarly, although email programs that claim they’ll insert a recipient's first name into the intro of a message may seem like a good idea, they only work if the recipient’s name is in their email address. You have no idea how many times I’ve opened messages that have started, “Hey AdamsWorldBlog.” Only my closest friends get to call me that.

Actually, I’m reasonably sure I have. Try describing the music.

"He's a combination of Prince, Bob Dylan, Jimi Hendrix, and the cries of the baby Jesus!"

Overhyping an artist hurts your case in several ways. Not only does it make you sound ridiculous, it doesn’t give me a halfway decent idea of what your artist sounds like. Plus, if I actually take the time to listen to the music, it gives an unrealistically high expectation that no artist can live up to. You’re guaranteeing disappointment.

Much in the same way excessive hyperbole doesn’t let me know what an artist sounds like, incredibly vague descriptions like “genre-defying” aren’t helpful, either.

You know what’s genre-defying? The sound of a collection of pots and pans falling to the ground. Pigs making love set to EDM beats, with a killer banjo solo. A man who sings all of his songs while gargling water.

There are a ton of musical genres and sub-genres. Try being a little more specific. “They stretch the traditional boundaries of pop punk, while incorporating elements of electronic music and hip-hop,” tells me a heck of a lot more than, “They’re genre-defying.”

4. "RE:" being added to the subject line even though we know damn well it's a first contact

This is a huge offense that has become more common over the past few years. As music journalists we have a lot on our plate, but, news flash, we still know what we’re working on, who we’re talking with, and which artists we’re currently scheduling interviews with. Your “RE:” makes me think you’re trying to trick me into coverage, and that you think I’m capable of being tricked into coverage.

Simply put, it’s an incredibly lame tactic, and I’d be surprised if it ever works.

5. The "want your opinion" subject line

Guess whose emails I now ignore?

"Hey, I just heard the new one from Artist X, and I'm really feelin it. Check it out!"

Um, we’ve never worked together, and we’ve never even spoken, so why are you acting like we hang out on a regular basis?

Music journalists and publicists are often friends – and if we’re friends, I’m totally cool with your press release being preceded by a quick note telling me you think I’ll like an artist. If, however, I’ve never worked with you, and just happen to be on your email list, pretending we’re old friends isn’t going to get you anywhere. Not only does it reek of insincerity, it makes me wonder if the artist who just dropped a significant amount of money on your services knows this is the way in which his/her music is being pitched. They paid for professional PR services, not fake buddy-buddy emails.

While I’m not a fan of someone pretending to be my friend, a robotic blanket intro is also a really bad look.

This is an actual intro paragraph from a pitch I was sent the other week: "If you are receiving this communication it is because we have you listed as a member of the press and are assumed to be involved with the production, promotion and dissemination of music related content nationally and/or worldwide."

First off, save that kind of sexy talk for the bedroom. Second, could you possibly waste more of my time? If I don’t know what you’re pitching me after the first two sentences, don’t expect me to read any more.

There’s a really nice middle ground between the faux-friend email and the robotic intro. Find it. Live in it. Everyone will appreciate it.

[The Good, the Not-So-Bad, and the Ugly Ways to Send Your Music to a Blogger]

8. The "let us know when you post this" assumption

I understand a lot of writers post press releases as is. It’s the weakest form of music journalism, but in a new media landscape where clicks have been deemed more important than compelling content, it happens. That said, it’s infuriating to read “let us know when you post this” at the end of a press release.

The assumption that a writer will automatically post everything in his/her inbox, no questions asked, and that we’re all just sitting here waiting for your next email, is equal parts insane and egomaniacal.

Yes, writers and publicists need each other. No, we aren’t press-release-disseminating robots.

9. Pitching for placement in a publication we haven’t worked for in years, or doesn’t exist anymore

“Hey, I think this would be great for X!” It might be, but I haven’t worked at X in six years, and I’m pretty sure they went out of business.

I know it’s hard to keep up with where everyone is working, but asking which publications a person currently writes for is way better than pitching them for a place they left years ago, or no longer exists. Asking makes you look engaged, while pitching without knowing makes you look like you aren’t paying attention.

Keep these things in mind when you’re writing your next pitch, and you’ll be far more likely to have it read, and possibly land the big feature you’re looking for.