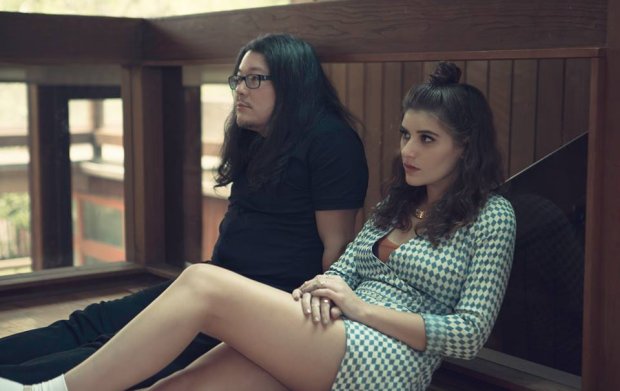 The way you describe your band's sound can be a hugely important factor for anyone considering listening. For the press especially, though, the genres and styles you choose to liken yourself to are paramount.

Some journalists favor certain sounds, while others don't actively choose a niche, opting instead to cover a broader selection. Regardless of tastes, however, there are a handful of characterizations unlikely to entice any of them. The five problematic descriptors we've highlighted here are commonly used – which, as a journalist, makes reading them even more cringe-worthy.

Check the list below, and be sure to read the explanations about why each can be an immediate turn-off for music writers.

Often paired with '90s, this is a label that's entirely too vague to relate your sound. What does it mean nowadays, anyway? Alternative to what, exactly? If you're talking about alt-rock, its origins are in '70s and '80s punk, post-punk, new wave, and hardcore punk, which means you could be talking about a sound aligned with any number of drastically different movements. To further complicate things, the "alt" tag is also regularly tacked onto country and pop. Even hip-hop and electronica use the tag to help specify a sound. So when you use the term alternative on its own, you're not indicating much of anything. It's too equivocal a descriptor to stand alone.

Like alternative, fusion is too broad a descriptor to use without qualifiers. By definition, it means the merging of different elements, so if you're using it to explain your sound, you should probably name the styles incorporated to create the blend. In music, fusion is most commonly associated with jazz. Even if that's the case, you should get more precise about the genres you've paired it with, and the kinds of jazz (yes, there's more than one) you're influenced by.

The term is short for independent, as in a band not signed to a major label. Despite its actual meaning, people use it to describe all sorts of music now, sometimes even when the artist in question is on a big label – and therein lies the problem.

Again with the complaints of muddy meanings, but this one is especially worth including. People might actually try to stand behind this one, at least for indie rock. But even in its '90s heyday, the term didn't signify one particular set of rules. I mean, do the Magnetic Fields sound anything like Sleater-Kinney? No, but both were called indie rock back then. Just google "indie band" and see how overwhelmingly diverse the results are.

4. A grab-bag of famous bands impossible to live up to

"We sound like a mix of Joy Division, the Cure, and New Order." Um, what? How could you possibly compare yourself to such iconic groups? It's one thing to cite famous bands in your list of loves, but to imply that you're anywhere on par with them – which is basically what you're doing by saying your music sounds like theirs – is, in most scenarios, a big fat lie. It's blasphemous, really.

You're shooting yourself in the foot by setting the bar so high. It's also kinda lazy on your part – instead of coming up with your own unique description, you opted to refer to easy-to-remember bands. If you're genuinely inspired by monumental, path-clearing acts, take a cue from them and carve out your own niche.

5. "Our sound is indescribable"

There's always a way to describe a band, no matter how many elements are incorporated into the sound. You can mention not only genres, but also you can relate how the music makes you feel. There's always a way. If you can't put forth the effort to figure it out and instead characterize your music as impossible to explain – which is often coupled with a recommendation that we hear it to fully understand – please save yourself the trouble and don't send us anything at all.

Click here to read more of our "Ask a Music Journalist" column.