Ask a Music Journalist: 4 Things We Never Want to Read in Bios Ever Again 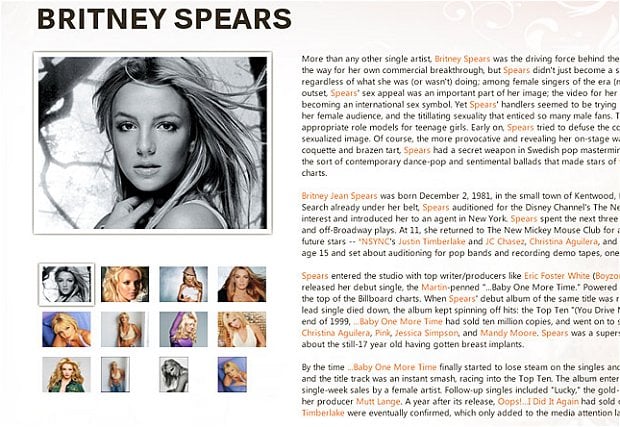 A well-written bio is one of the best tools independent musicians have when it comes to making an impression on music journalists and editors. Before we even hear your song samples or are able to attend one of your shows, there’s a good chance we’ve glanced through your press materials. This is your opportunity to place yourself and your art in your chosen framework and tell your story exactly how you see fit.

Unfortunately, there are many clichés and pitfalls that are easy to fall into that result in turning off the writer or causing him or her to otherwise overlook your band without even hearing a note. We don’t expect you to be a professional writer – or we’d all be out of work – but we do expect you to be a little inventive. (You are a working creative, after all.) With that in mind, here are four things to avoid at all costs when it comes to writing your musician bio.

Using a prompt such as, “If Band X and Band Y had a baby...” could be a good at-home exercise to get your writer juices flowing, but it should never be a part of your finished bio. Although some people advocate this style, I'm against it for several reasons. Not only do many comparisons come across as boring and amateurish, but depending on which artists you cite, it may not even be particularly descriptive. For example, how many rock bands out there are influenced by the Beatles? How many pop singers emulate Beyoncé? Also, the writer you pitch may not even like the artists you name and write you off without giving your music a fair shot.

On the other side of that coin, the writer could like the bands in your analogy, but when the songs on your record don’t mirror those artists’ sounds or other qualities enough, they dismiss your bio as false advertising. This same tip counts for sentences like, “Sounds like Band X on steroids,” “on acid,” or any other substance that is supposed to give us the impression of an “edge.” In any case, comparisons stick even though artists change. Your next record could turn out sounding completely different than your current material, so make sure to not pigeonhole yourself.

The idea with your bio materials is to make your music stand out among a crowd of other artists competing for the same attention, so make sure you actually tell us something about yourself. Stating that your band is comprised of "four down-home American guys and gals who came together to play music" does nothing if not blend you into the background. We’ve already gathered this much information just by virtue of receiving your press kit. Another typical non-descriptive is stating that your music can’t be described. Trust us, it can be. Visual artists often include an artistic statement that encompases their aesthetic and technique, and it could be helpful to think of your bio in the same way. These few paragraphs are not the place to be hesitant. Be confident in what you have to say about your music.

This one could really be filed under “Things We Don’t See in Bios.” Stage names add to the fun and aesthetics of many artists, but journalists typically want to know a little more about you. This isn’t to say you can't create an air of mystery, and unlike Facebook’s recent demands that users display their legal name on their profiles, we're not demanding anything. We just want to have a better idea of who is behind the music, and link together any previous or additional creative projects you might have had a part in. There are some instances where musicians purposely obscure their identities because their daily life demands a little extra separation between their art and career or family. That’s totally okay, but keep in mind that the higher your artistic profile raises, the more people will want to know about you as well.

4. Making mountains out of molehills (and missing the mountain entirely)

This cliché most often occurs when people aren’t really sure how to tell their own story. After all, they’re busy living it and making music. Plus, writing about yourself is hard for anyone. (Ask my editors how long I’ve taken to turn in some of my own bios.) Sometimes this results in the focus of the bio turning into a "non-story." For example, I once received a pitch about a band whose biggest claim to fame, according to their press kit, was that their friends and family raised some money and surprised them with a tour van. That’s a very sweet and generous thing to do, of course, but the only thing it told me about the band was that they have a very thoughtful circle of people around them. Did the group turn around and write an album about friendship or road travel as a result of the gift? No. Did they meet a label executive at a rest stop on the way to an out-of-town gig and get signed for a new album? I don’t know, but I probably wouldn’t bet on it. Make your story relevant to your artistic expression – whether factual or outlandish.

Artist bios are definitely hard to write, but a good one can work to your advantage in more ways than you know. Your life may seem boring and ordinary to you, but someone else may see things a little differently. Don't resort to clichés if you get stuck while writing. Instead, try asking your friends or coworkers what they think is the most interesting thing about you. It might sound like an awkward way to start a conversation, but outside perspectives could be very valuable in helping you frame yourself and your music, and tell your story.

Jamie Ludwig is a veteran music writer and editor who has worked in various facets of the music industry. She is currently the editorial director of ChicagoMusic.org, a not-for-profit website focused on regional and touring music of all genres; a contributor to Noisey (Vice) and Wondering Sound, among other titles; and has spoken on a number of industry panels.