Ask A Publicist: How Often Should You Release New Music? 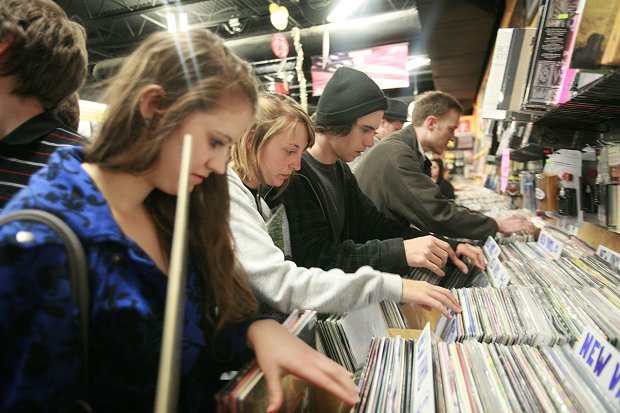 As the music business model continues to experience turmoil and changes, one of the most common questions and concerns that up-and-coming bands have pertains to how often they should release new music.

Is a single-per-month campaign the best option? Are EPs the better way to go? Is it best to release music constantly as opposed to doing a full album, then support it traditionally with press, radio, and touring, then drop out of sight for a year to work on the follow-up while your fans eagerly await your return from creative exile? Or is the opposite true? Will the public forget about you if you aren't constantly on their mind, radar, and in their ears?

The answer is going to be different for every artist and band, but how do you decide which option is best for you? Here are some general guidelines that you should consider and apply to your unique situation.

1. Release material when it's good and worthy of being released

Don't rush it or attempt to fill an EP or album with old material that feels like filler. There's no need for musical placebos or to meet what you think is a quota. You want to put your best foot and best music forward, so don't rely on old stuff that is not up to snuff or representative of where you are and what you sound like now.

On the flip side, if a song you wrote four years ago still gets the best reaction live, then clean it up, give it a remix, freshen it up, and get it up to par. Then lead with that.

Some bands are releasing singles or videos on one-per-month programs. A major pro of this method is that it offers bite-sized pieces for fans who love what you're doing and for writers who you want to cover your progress. It's also a manageable amount of content. It's a newer and fresher model and doesn't rely on outdated ways to expose your music, even though the old system does still work but requires many more tweaks. It also keeps the fires of excitement stoked and gives fans something to look forward to each month, as opposed to binging on and then perhaps forgetting about the full album.

The cons of this method are that it feels like you're constantly supplying (or punishing) the media with stuff, causing them to be like, "Wait, didn't I just get something about/from/by this band a few weeks ago?" Yes, they did. The repeat or constant flood, thanks to a monthly release schedule, can lead to some fatigue among the media, who might feel like you're always in their face.

There's also the notion of releasing music while your band is hot and people are clamoring for it. If they want it, they will come, and if you are parsing out material, you keep the buzz and the mystique going by only offering snippets or limited access, instead of giving it to them all at once. That way, you have them thinking, "What am I going to get next? I can't wait!"

3. Make them miss you

One thing I've had bands say to me is that they know that when they wrap a tour or album cycle that it's best to go off the grid and make fans miss them after spending a year saturating and satiating the scene. You don't exactly get that sort of mystery and anticipation on the per-month or multiple-EP release schedule. Ultimately, you have to decide if that system works for you.

4. Feel out your fanbase

How you decide which road to travel – be it releasing albums or singles one at a time – depends on your resources, your breadth of material, and your fanbase. Pay close attention to all of those things. You should know what your fans want and are looking for. If you're not planning to tour, well, it might be a good idea to dole things out on a schedule to keep the fires of anticipation stoked while you're not on the road. If you have an established fanbase that will absorb and appreciate a full of album of material, then give them what they want. It might be more affordable for you to parse things out, though, if you're just starting out and looking to gauge reactions.

So take all of these things into account when making your decision, since each of these options is attractive and has its own set of pros and cons.