Control Room Acoustics: How to Test Your Speakers and Listening Space 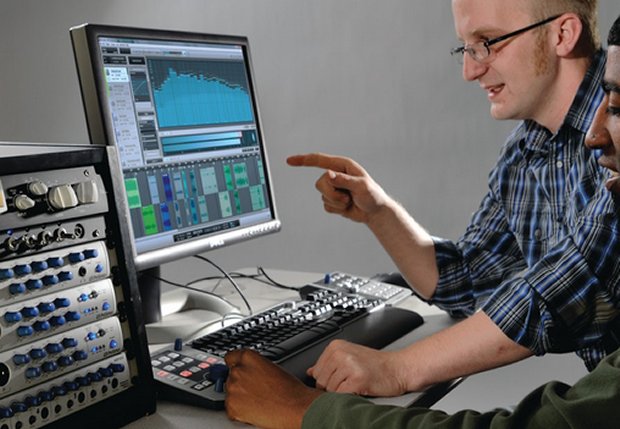 This is an excerpt from Getting Started with Music Production, published by Hal Leonard Books. Reprinted by permission of the publisher.

Investing in good speakers and setting them up properly may be the most critical investment in producing good recordings but is often the last thing people think about when they're starting out, a situation that has been made more prevalent by the increasing use of inexpensive earbuds to listen to music.

Your primary pair of speakers should be as neutral as possible, meaning that they should have a flat frequency response that doesn't exaggerate or cut the amplitude of frequencies across the spectrum. This will give you the most accurate impression of the choices you're making when applying EQ to affect the tone of your mix. You may wish to get headphones and an additional set of inexpensive speakers so that you can test your mixes on a variety of systems. If it sounds good on the cheap speakers, it means you're ready to see how well your mix works in the wild, in a variety of rooms, and inside cars.

Do most of your mixing at medium volume and then occasionally test it at lower and higher levels, since the tonal balance will change. The bass and treble frequencies are boosted when you play at higher volume levels. Try listening to your mix in different positions in the room, including the doorway.

[Sound Treatment Basics: How to Get a Professional Sound in Your Home Studio]

One tried-and-true technique is to place your speakers in an equilateral position with your head at one point in the triangle. The speakers should be placed symmetrically in the room, ideally firing down the long axis of smaller rooms. Avoid corners and getting too close to the wall in order to avoid bass buildup and phantom images. Aim both speakers at your head. The high frequencies should be coming straight at your ears to be heard the best. Put the speakers on absorbing material or on stands so that your table doesn't become part of the acoustic system and reduce the reflectivity of your table. Have someone walk around the perimeter of your room with a hand mirror. Consider treating the area around the positions of the mirror in which you can see the speakers reflected, since that's an area in which the sound will bounce off the walls and interfere with the direct sound traveling from the speakers to your ears causing the tone to change.

Have a collection of well-produced music that you know well on hand, with examples of the same style of music that you are working on. Compare these gold standards with your EQ and volume balance settings to gain some perspective. Plug in a Spectrum Meter on the Main Out and see if your overall tone is in the right ballpark. If the bass and treble ranges of one of the classics sounds about as loud as your mix, then you can be confident your mix will sound good on a variety of systems.

The following activities are designed to help you become more aware of the effects of your listening space, the type of speakers you're using, and where they're placed in a room. This is something that most people generally don’t pay attention to, but it can make a big difference in how things sound, so take your time and observe the changes.

Listen to the same piece of music on as many sets of loudspeakers and earphones as possible at home and on the go. Take notes on how they've been set up in the room and the brands and models that sound the best to you.

Listen to well-recorded music on speakers in a room. Change your position and the arrangement of the speakers and take notes on any differences you observe. Try optimizing the acoustic environments you may have at home for listening to music and watching TV or playing video games.

Listen to some well-recorded music on the speakers in a room. Play a recording of pink noise continuously through your system and move around the room, noticing how the changes in sound that you hear are reported by the software. After arranging your speakers and listening position correctly, insert a Pro EQ filter on the Main Out and change the curve of the filter to compensate for any nonlinearity caused by your speakers. Pink noise has equal energy in every octave, so if your speaker response is completely flat, you should see a flat response in your app. Cut any bands that are coming through too high and boost any that are too low so that your spectrum analyzer's readout becomes as flat as possible. Listen to the well-recorded music again and see if it sounds better to you now. If it does, you might consider saving the Pro EQ's settings and using them on other projects to help you make better decisions while you're mixing.

Getting Started with Music Production, published by Hal Leonard Books, provides helpful advice on how to record and mix music with a DAW and hone your music production skills. The emphasis is on getting started quickly, with just enough theory to understand how things work and make best use of the tools. The content focuses on getting a good signal level, editing, controlling volume, tone, and room ambience, and also covers working with synthesizers and MIDI. Getting Started with Music Production is available online at Amazon.

Robert Willey is a keyboard player, composer, and music technologist with a long background in higher education. After earning a PhD from the University of California, San Diego, he spent two years in Brazil as a Fulbright Scholar and visiting professor of computer music composition and performance, chamber music, improvisation, arranging, and distance education course design. He is presently the director of the Music Media Production and Industry program at Ball State University. His publications include Louisiana Creole Fiddle, Brazilian Piano, and the DVD From La La to Zydeco: Creole and Zydeco Music from Louisiana. He lives in Muncie, Indiana.