Do You Have What it Takes to be a Session Musician? 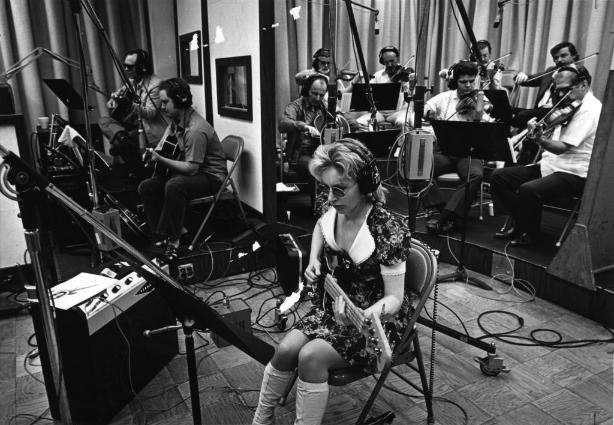 The Wrecking Crew, a group of 1960s studio musicians made famous by producer Phil Spector (via Star Tribune)

If you’re looking for a career in music that allows you to play new songs every day, meet and work with some of the most gifted people in the industry, not have to deal with obnoxious paparazzi, and can actually pay really well, then pursuing a career as a session musician may be the right move for you. However, being a session player isn’t necessarily something that every musician is cut out to do – it requires a lot of hard work and dedication, and that one amazing solo you’ve practiced for eternity isn’t going to get you many gigs.

Besides just being technically proficient at your instrument, there are certain skills and knowledge you’ll need if you’re trying to make it as a session musician. If you think you might have what it takes, here are the top four things you must know in order to stand out as a session player in the professional world.

Learning how to perfectly play your favorite Santana solo is only going to get you so far. You will need to be creative, and you will need to be flexible. Know how your instrument works in different genres – your dexterity will determine which gigs you get.

Invest in gear (i.e. a variety of pedals for guitarists, or several different patches for keyboard players) so that you’re able to provide many different options and aren’t stuck producing the same sound at every gig. If people start recognizing that you only have one sound, they may try to get something different – and that could mean a different person.

Playing more than one instrument is also a bonus. Being able to double on different instruments will not only get you paid more, but it will also make you known for your flexibility.

Interested in playing on jingle, television or film sessions? You’ll definitely need to get your sight-reading skills up to par, as these types of sessions will often require you to read your part on the spot. If you want to record on albums/songs, you will need to know how to transcribe lead sheets in order to follow the rest of the band correctly. Improvisational skills are also a big plus for these sessions.

You’ll gain an advantage by doing some research in advance on the people you’re working for and with in a session. Call the producer and ask who’s engineering and who else you’ll be playing with. This way you won’t have as many surprises, which will help you concentrate on the music rather than on breaking the ice.

While you’re at it, find out more about where you’ll be recording and the resources the studio can provide. Nowadays it’s pretty easy to find this information online, but don’t be afraid to pick up the phone and confirm the gear that will be available to you. This will allow you to better prepare your part and sound for the session.

3. Know how to communicate

Knowing how to play your instrument is important, but being likeable and knowing how to communicate with others are equally as important factors. You could be the best player in the world, but if you’re a pain to work with, you’re not going to get a call back. As we all know, networking is a huge part of the music industry, so you need to be very easy to work with in order to maintain the connections you’ve worked so hard to make. (This almost goes without saying, but just in case: Running on “musician time” is completely unacceptable in the professional world. Never, ever, ever be late for a session. Don’t expect to be asked back if you are!)

Keep in mind that your job as a session musician is to help make someone else’s vision come to life. This doesn’t mean that you can’t be creative, but it does mean that there’s a limit to it – ultimately, the producer or session leader will have the final say. There are tons of musicians out there who would gladly take your place in the studio, so know your place in the creative process and try to be adaptable.

One of the biggest telltale signs of a session musician’s professionalism is the way he or she takes criticism from the producer. You need to remind yourself that anything said in the studio is not personal – it’s solely for the purpose of having a great end product. If you feel you had the perfect take but the producer says it’s not even close, don’t lose your cool. Having a fragile ego will damage your chances of success. Instead, change your sound and try something new. You’ll have a better chance of pleasing your employer, and it’ll allow you to keep doing the thing you love the most.

Admittedly, this isn’t exclusive to session musicians – anyone who wants to be successful in the music industry should have at least a basic understanding of every aspect of it and how it all fits together.

Just because you’re a player doesn’t mean that you should solely concentrate on the performance side of the music. Research how a record is made. Learn some production terms so that you can communicate efficiently with engineers (here’s a quick list of production terms, and here’s an extensive glossary for reference). Being able to talk “producer language” will set you apart from other session musicians and will make you more desirable as a player.

Additionally, understanding the business side of the things means that people will take you seriously and view you as a true professional. Whether the session is paid or unpaid, you should always get a contract signed before getting involved in any project (depending on your particular situation, this could either be directly through the studio or through an outside group). You want to protect your image and any rights you might have to the recording. Unless you’ve mutually agreed otherwise, royalties and percentages should also be determined ahead of time.

Don’t be afraid to work for free if you’re just starting out, but you do need to be sure that you’re doing it for the right reasons. Determine whether the gig has the potential to lead to bigger opportunities in the future, or if it’s just a waste of your precious time.

If you’re relatively new to the music industry, I would recommend reading All You Need to Know About the Music Business by Donald S. Passman. It gives a clear image of how the industry is today and how to protect yourself in the professional world.

Lastly, staying up-to-date on the latest industry trends will benefit you as you build your session musician career. Online collaborations, for example, are being widely used for record making. Be sure to invest in some kind of recording gear so that you can collaborate with people in other parts of the country (or world), and create an online profile/portfolio so that people can contact you. Some good musician collaboration sites include kompoz.com, soundbetter.com and findmysong.com.

Being a session musician is uniquely challenging, but it can also be uniquely rewarding. If you have a good attitude and enjoy pushing yourself musically, session work can be an exciting – and lucrative – path. 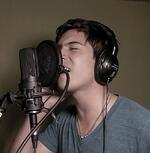 Alejandro Sanchez is a singer/songwriter, guitarist, producer and founder/CEO of Skyward Productions. With a creative team of musicians, producers and engineers, Skyward works with upcoming artists and bands by recording and producing their albums or EPs. Alejandro has been a session musician and music producer for the past five years, with experience ranging from acoustic sessions to full bands, ensembles and orchestras.