5 Free VST Plugins That Will Give You Professional Drum Sounds 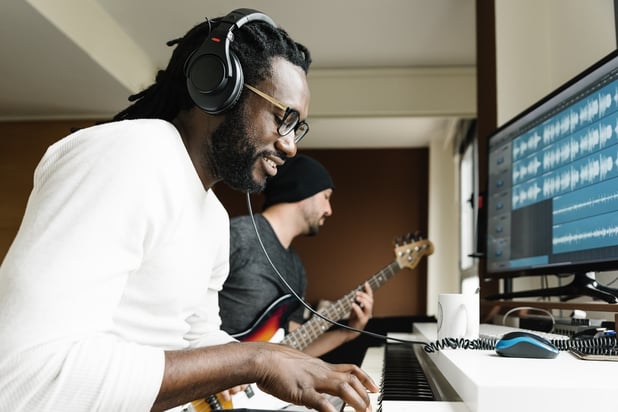 Now, instead of hiring a drummer, booking time in a studio, and spending hours tracking drums, you can get that same (or similar) sound without ever leaving your home studio.

And even though “free” is a word that’s often associated with poor quality, there are plenty of free VST plugins that can give you professional drum sounds. And I don’t know about you, but I love free stuff.

Here are five free drum plugins that can take your drum sound from amateur to pro-level quality.

Drum PRO is an awesome little plugin. It comes with 20 built-in kits, ranging from hip-hop and pop to a Vintage 808. You have 12 pads with 12 different sounds: two kick drums, two snare hits, two types of claps, two hi-hat hits, and four extra channels that include things like shakers and pop sounds. And then you have global effects, like attack, decay, sustain, release, and reverb.

This plugin is great for EDM, pop, hip-hop, or really any genre. It doesn’t sound like a live drum set, which is great if that’s what you want, but it also doesn’t sound cheesy. It sounds professional.

If you do want a live drum sound, Addictive Drums 2 is your go-to. The reason each snare hit, hi-hat, and kick sound so real is because they are. The makers of this plugin sampled real drummers in a real studio playing real drums. And now you can get those sounds in your song through this MIDI plugin.

AD 2 offers a free trial, and then you can get a single drum sound for just $20. But, take it from me, it’s totally worth it.

If you’re at all familiar with the classic Roland TR-606 drum machine, then you’ll love the T-REX 606, since it’s modeled after the TR-606.

The interface is super basic. It actually couldn’t be any simpler than it is. In the middle, you have your seven drum sounds: kick, snare, open hi-hat, closed hi-hat, high tom, low tom, and cymbal. And then to the right, you have volume and reverb.

If you’re looking for a pop or hip-hop drum sound, look no further than Beatfactory Drums. It’s easy to use, and you can customize each of your drum sounds.

It comes with 12 pads, including two kicks, two snares, and a bunch of other hit sounds. And the controls include attack, decay, sustain, release, pan, reverb, and volume.

Let me remind you, this is a free plugin.

The Line of Legends plugin looks super simple, and that’s because it is. You get multiples of each drum and percussion part: kicks, snares, claps, snaps, toms, hi-hats, rides, and crashes. All in all, you get 47 samples, eight output channels, and knobs for attack, punch, and release.

It’s simple, but it packs a professional-sounding punch.

Many DIY musicians have restricted budgets, so it can be difficult to find the money to drop on pro-level drum plugins. That’s why these free plugins are great alternatives and can still provide pro-level drum sounds.

Next up: 6 of the Most Useful Free VST Instruments and Plugins