Fundamentals of Guitar Anatomy: How the Type of Wood Shapes the Tone 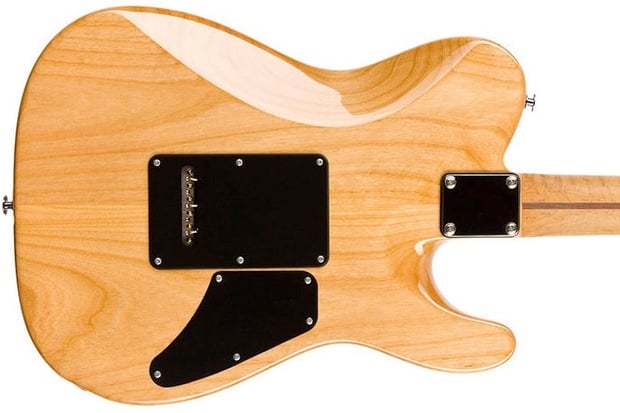 Welcome back to Fundamentals of Guitar Anatomy, my multi-part series examining the ins and outs of your electric guitar. In the last lecture, we talked about body styles, and that knowledge will help you to grasp this one, as we’re going to be talking about the different types of wood used for guitars and their effect. The type of wood used to construct a guitar has much to do with the tone, but the end result is going to be a combination of all the elements of the guitar’s construction – including its body style and pickups (coming up next!).

There are many woods used in guitar construction, so let’s break down a few of the most common. Our apologies in advance if some of this information is pretty "dry"… haha, get it? We wooden’t want you to leave confused, so consider it a tree…t. Alder was especially in popular in the ’50s and ’60s and is the body wood of choice for Fender. Alder bodies tend to produce warm, even-sounding mids and lows, although the highs can be relatively subdued. Alder sustains well without weighing a ton, so it's very efficient. Tough to go wrong with a guitar made from alder. The other main wood favored by Fender. Guitars with an ash body will have less bite in the mid range, but will have a nice twang and good sustain. Early Fenders used swamp ash, a softer wood, that produced a much warmer tone, but northern ash is also used and has a bright, singing, high sound.

[The Art of Being an Organized Guitarist] Gibson’s wood of choice for the Les Paul, Les Paul Jr., and SG. Mahogany produces an overall balanced tone – nothing is missing from the highs, mids, or lows, but nothing stands out either. It's a wood that’s often chosen for single-cut guitars, i.e. guitars that are constructed out of a single slab of wood. Mahogany is neutral and powerful. Many mahogany guitars have a maple top, which truly brings out the best tonal characteristics of both woods. Maple is most often used for fretboards and as laminate tops for other types of wood bodies, as it's very heavy. Sonically, maple is on the bright side of the spectrum, but with great sustain and stability, it remains the wood most often used for Fender-style guitar necks. Another incredibly popular fretboard wood, rosewood is on the darker end of the tone spectrum, which can add a nice balance to any guitar. Rosewood necks offer fat lows and warm mids and have been a staple of guitar necks since the very beginning of rock 'n' roll. [Learn more: Soundfly's got a brand new course on the blues in the works. Sign up and watch the first video here.]

Needless to say, this isn't a comprehensive list of all the woods that are available, and many guitar manufacturers use woods that aren't on this list for varying reasons – be it tone, visual appearance, or a combination of both. Gibson even launched a line of guitars essentially made of a kind fiberboard manufactured with sawdust and wax solvents in the late ’60s! That line was discontinued two years later.

That said, these are the most common woods associated with electric guitars, and with a firm understanding of these woods, you’ll have a solid foundation upon which to gauge any type of wood and how it can shape the tone of the guitar. Acoustics are made with all these wood types and more, but the aforementioned woods are some of the most resonant and, thus, most widely used in all guitar construction.