Hey Artists, Guess What? You're Role Models Whether You Like It or Not 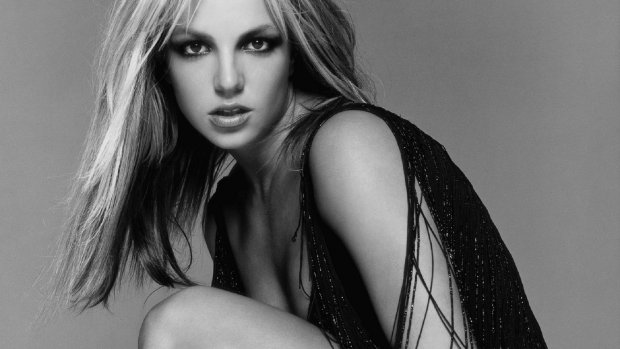 Britney Spears once declared, "I don't want to be considered a role model." Welp, too bad, Brit. (Image via celebstatus.net)

I live, eat, and breathe music. For decades, that’s been the case. Music has long been a constant companion, one that’s seen me through countless experiences, both good and bad. In elementary school, I inherited my dad’s appreciation for the Beatles and the Doors. In middle school, my cousins introduced me to the Police and the Clash. However, my love for all things music-related really began to hit its stride during my high school and college years.

I disappeared into my headphones, connected with songs as if they were somehow written specifically to me, and pored over lyrics and liner notes. I latched onto a number of bands, bought and borrowed music biographies, and read as many articles as possible about the artists I was into. Nothing in life up to that point had resonated with me like music and the mystique surrounding those who created it. 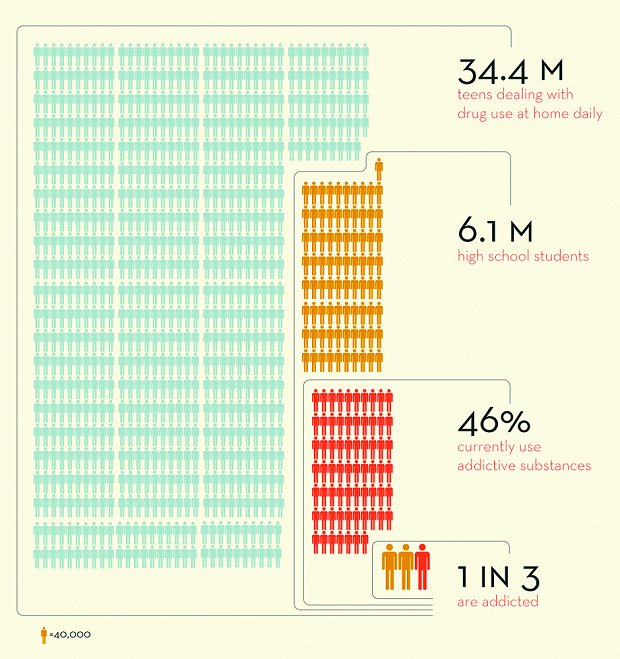 It was a welcome escape. I was a nervous, awkward, and at times scared kid. I never quite felt like I fit in or ever even felt comfortable in my own skin. Middle school and high school only amplified those feelings, reminding me of everything that I wasn't. I wasn't popular, good looking, tall, athletic, or particularly talented. I wasn't confident, and I wasn't even sure of who I was.

However, music gave me a way out. The right album could let me forget about all of that, even if only for an hour or so. It was more than a distraction. It opened a door to understanding that there was a world far beyond what I had known up to that point. It made me realize there was more to life than the tiny, uptight schools I had known, where if you weren't a star athlete, you practically didn't exist. It opened my eyes to the fact that there were plenty of misfits like me who had found their place, found their identity, and were making amazing music in the process.

Unfortunately, right around the same time that my love affair with music began, I started another new relationship. It was one that would last for 20 years. It was a relationship with a lying, violent, cunning, and selfish partner, one whose ugliness was beyond surface level and went marrow deep. It resulted in broken promises, broken dreams, and broken bones. It included multiple trips to jail. It was an incredibly unhealthy and abusive relationship, and it nearly cost me my life. 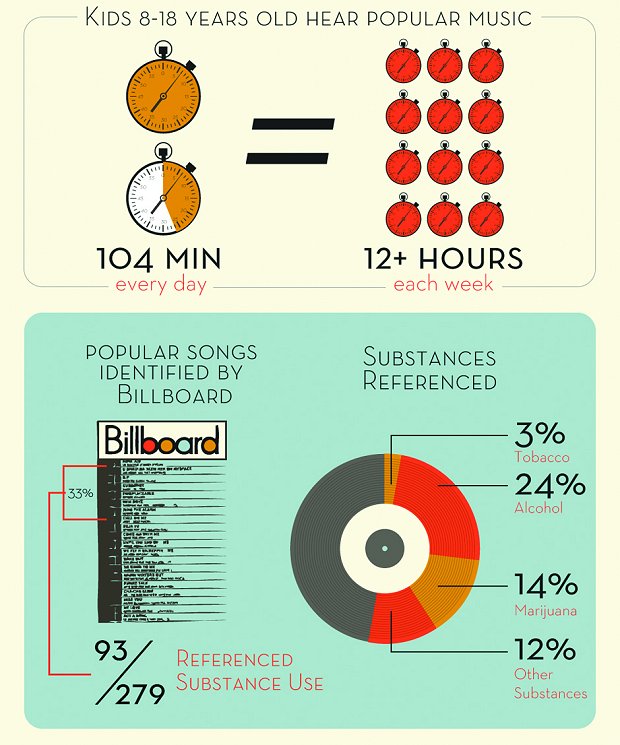 Just as I started discovering music’s true power, I ran across another seemingly effective method of dealing with my pain and loneliness: drugs and alcohol. Like music, it felt warm, comfortable, familiar, healing, and at times even transcendent. At the time, it seemed free of consequences, regardless of what I had been told. Also like music, it had a time limit. Depending on the substance and dose, it could last as long as a single, an album, a double album, or a box set. Unlike music, it was fleeting and ultimately false. However, all I knew and all I cared about in that moment was the fact that for the next little while, everything was going to seem alright.

Whether it's a parent, an athlete, a musician, an actor, or someone else, kids and teens are going to latch onto someone and their accompanying philosophy.

My relationships with music and substance abuse not only coexisted, they began to overlap. I became especially interested in and drawn toward artists who had drug references in their songs, albums, and cover art. I felt some sort of bizarre kinship with those who openly embraced hedonism, excess, and self-destruction. For lack of a better term, it all seemed really cool to a foolish kid who lacked the wisdom, experience, and self-identity to know otherwise. After a while, my two areas of obsession began to fuel one another.

When college rolled around, a number of interesting new opportunities opened up for me related to my major. As a communications/journalism student with a music obsession, a radio internship was a natural fit. Somehow, despite my escalating drug and alcohol habit, I managed to be successful and ambitious enough as a radio intern to acquire a pool of references and contacts. Those references, paired with the ability to interview well, landed me an internship with MTV's then all-music network M2 during the summer of 1997.

Both my radio and M2 internships provided me more access to the local music scene than I'd ever had before. As part of a radio station, I was involved with the planning and implementation of numerous local events, concerts, and festival shows. For M2, I was required to review local concerts, record stores, album releases, and radio stations as a website stringer. This meant I frequently ended up backstage, in dressing rooms, and sometimes in buses and vans belonging to the bands. 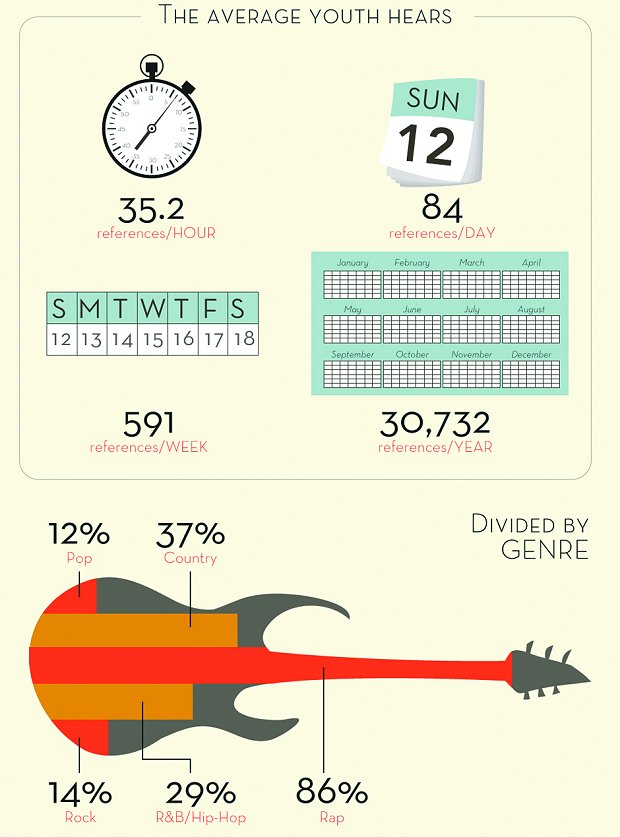 As you can probably imagine, I saw and heard a lot. The moments ran the gamut from the mundane to the memorable, and even included some situations that seemed straight out of This Is Spinal Tap. I watched members of tiny local indie bands eat ramen on the sidewalk in front of the bar where they were slated to play and ask random passersby for payphone change. I saw a straight-edge performer treat the backstage area like it was Gold's Gym. I witnessed plenty of fights in the crowd, on the stage, and behind clubs. I watched members of one band put three different stray cats into another band's van. I also saw a whole lot of alcohol and drugs.

Being in close proximity to a number of bands multiple times allowed me to get to know a lot of them better. Eventually, I ended up on a first-name basis with a handful of independent musicians and even managed to create genuine friendships with some of them. To a wide-eyed college kid whose walls were completely covered with music posters and whose shelves were filled to capacity with CDs, records, and tapes, those relationships were a really big deal. They still are, and a few of them have continued to this day.

By that point, I had already read countless tales about certain legendary music acts and their penchant for various substances. Additionally, I had already experienced quite a bit in terms of my own entanglement with drugs and alcohol. None of it was new to me.

However, there was something different about witnessing it firsthand, being done by people whose music I not only knew and liked, but also by individuals whom I held in very high regard. They were talented, successful, and down-to-earth. The majority of them treated me with respect, and I considered them good people. To see some of them abusing drugs and alcohol not only didn’t change my opinion of them, but in my opinion at the time, lent credence to my argument that drugs and alcohol were not the monster that some had made them out to be. These people were much older and more experienced than me, so I was convinced they had to know what they were doing.

Before we go any further, there is something I need to make abundantly clear: my drug and alcohol abuse, my addictions, and the resulting consequences were a result of my own choices. At the end of the day, I am the only one responsible for my decisions. I am not a victim of my environment, my role models, or my genetics.

That said, I'd be lying if I said there weren't a number of factors that went into the decisions I made, especially before I managed to create a solid self-identity. The lifestyles of those I idolized and emulated were among those factors. For too many years, the words, opinions, and actions of others had a lot of power in my life. In that way, I was like a whole lot of other kids.

Whether it's a parent, an athlete, a musician, an actor, or someone else, kids and teens are going to latch onto someone and their accompanying philosophy. They will live and die by that person’s words, because they lack the experience and wisdom to know otherwise. Even if a person’s job description doesn’t include the phrase "role model," he or she will still often end up in that position.

At no point did the fact that these were independent, local, and often small-time artists give them any less gravity in my life. I think that, too frequently, indie artists can discount the amount of power they have. When a song or concert resonates with someone and connects with every fiber of their being, it makes no difference whether the person on the other end is signed, unsigned, local, regional, or international. When an artist makes a powerful statement, it doesn't matter whether he or she showed up in a private jet, bus, van, or Mom's station wagon.

The good news is an impression was also being made on me at the same time by those who didn't promote or flaunt a lifestyle of excess. I just didn't realize it then. However, I continued to come back to the works of those artists and bands over the coming years, and I continued a lot of the healthy relationships that began around the same time. Those amazing songs, albums, and friendships not only made it through the hurricane of addiction, overdoses, and pure insanity, they helped carry me through to the other side.

Now three years into my recovery, I try to use what influence I have for good. I very openly and candidly share my personal story and experience to try to help others, some already struggling and others that haven’t yet started down the path. Whatever the case, I meet them where they are. I'm not rich, famous, or particularly powerful. But in those moments when I doubt my ability to make an impact, I remind myself of those who made an impact on me. Most of them have names you wouldn't even recognize, but to me, they're legends. They always will be.