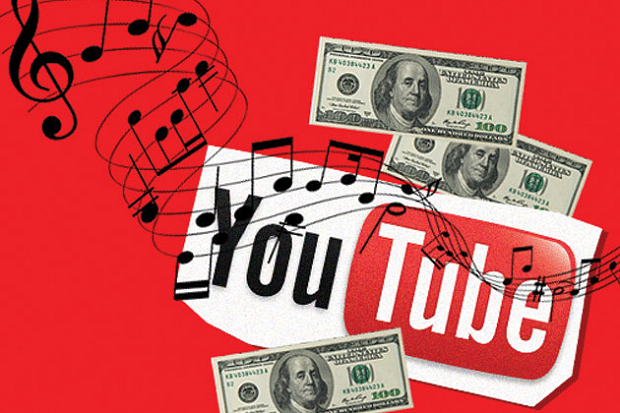 One of the questions we get asked most frequently by artists who are enrolled in CD Baby's YouTube monetization program is, "How much money will I earn per view?" The first thing that should be clarified when answering this question is the fact that YouTube monetization is not based on views so much as it is based on earning ad revenue generated by your videos and user-generated content (UGC) that features your music.

So let's morph the question slightly into, "How much will I earn per advertisement on YouTube?"

There are a ton of factors that determine whether an ad will be shown on your videos and how much money you'll earn from that ad impression, so let's walk through the various steps and factors that affect your YouTube revenue. 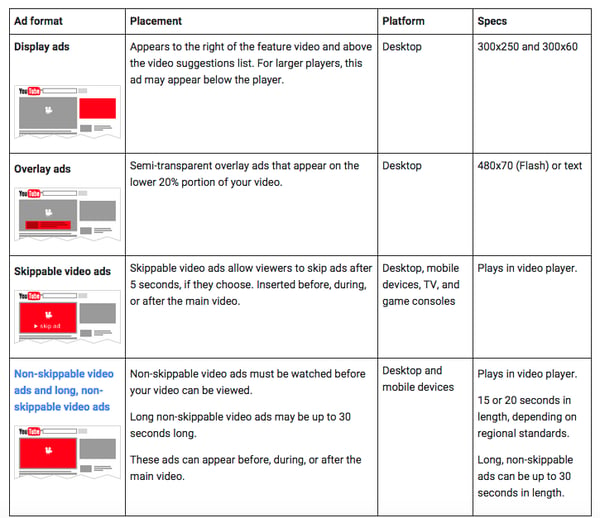 How does YouTube determine if an ad should be shown? And what kind of ad?

Well, there's a series of four checkpoints each video goes through every single time a viewer clicks to watch that video on YouTube. Those checkpoints are called:

Here's a breakdown of what those checkpoints consist of:

The first thing YouTube must determine is whether or not the viewer that clicked your video is in a "YouTube monetized market." There are certain countries in which YouTube cannot serve ads (like North Korea, Cuba, Iran, etc.). So if the viewer happens to be located in one of those countries, an ad will not be served. You can see an up-to-date list of the countries included in YouTube monetized markets here.

Next, YouTube determines whether or not your content is appropriate for advertisements. If your content is deemed offensive or racy, YouTube may not feel that it's safe to associate a brand's advertisements with your video. If it contains depictions of alcohol, gambling, or similar sensitive content, your video may become age-gated so that YouTube knows to only serve ads that would appeal to adults. If this happens, you will receive a notification from YouTube (which you can appeal if you feel like the decision was incorrect).

If your viewer is in a monetized market and your video is ad safe, the next thing YouTube checks is whether or not your video is claimed and enabled for monetization.

Once your video has passed the "Enabled" stage, YouTube considers how often an ad should be shown. YouTube applies an algorithm it refers to as "dynamic ad loading" to help determine the frequency of delivery with the goal of placing the right ad in front of the right viewer at the right time.

"Dynamic ad loading" takes several factors into consideration: how the viewer found the video, the time of day, how many ads that viewer typically watches without abandoning videos, and other features of the ad. YouTube does this in an attempt to prevent viewers from leaving your video before allowing an ad to complete.

The next question YouTube must answer is whether or not there's an ad available to be shown on your video. At this point, your video is basically competing against all other similar ad-enabled videos on YouTube to see which one is the most valuable to the advertiser. Again, there are a number of factors that will influence this, but some of the major ones include the watch time, popularity, and engagement metrics (likes, comments, shares, etc.) of your video.

Depending on how your video stacks up against the other videos YouTube could place an ad on, it will then try to find an ad that's appropriate for your video. YouTube follows a "waterfall model" when it checks for ads, which basically means there's a hierarchy it follows that moves from the most valuable and lucrative ad formats to the least. Here again are the various YouTube ad formats, in order from most valuable to least: non-skippable ads, skippable ads, overlay ads, and display ads.

The other major factor to consider is the two ways in which YouTube ads are purchased by advertisers:

Reserved ads are either sold directly by a YouTube network or by Google's ad sales teams and are generally sold at a fixed rate for the right to advertise on premium, highly desirable video content. If your video clearly addresses a targeted demographic that's desirable to brands, you'll have more chances of attracting reserved ads.

Auction ads are paid for by companies and brands using AdWords to run their advertising campaigns. If your video is on a channel or in a category that one or more of those companies wants to target for advertising, whichever ad is willing to pay the most will be the one placed on your video.

At this stage, an ad is successfully displayed on your video. Congratulate yourself on monetizing your videos on YouTube.

Okay, so you've monetized your videos. But that doesn't necessarily mean you're earning money yet. The formulas used for determining how an advertiser is charged when an ad gets placed on a video that uses your music… they're complex.

Similar to the process used for determining if and which ads get placed on videos featuring your music, the process for determining ad revenue is based on many factors. For overlay ads, you might not earn money unless a viewer actually clicks the ad. For skippable video ads, you might not earn anything unless the viewer watches a certain amount of the ad before skipping. The best way to sum it up, though, is this: when YouTube earns advertising revenue on videos that use your music, you will earn a share of that money too.

The last important piece of the YouTube monetization puzzle is Content ID. This is what allows CD Baby to help you collect advertising revenue on videos featuring your music that you didn't upload yourself.

Basically, a sonic fingerprint is taken of any songs you've opted in for YouTube Monetization via CD Baby. YouTube then searches all the audio in its ever-expanding universe (which must consist of billions and billions of hours of video at this point) to see if any of it matches the sonic fingerprint of your music.

If someone else uses your music in a video, he or she will see the "matched third party content" warning. Those videos are then monetized and go through the checkpoints we mentioned earlier to determine if an ad should be placed on them. If so, and if those ads generate revenue, you make money!

Chris Robley is an indie-pop songwriter whose music has been praised by the LA Times, NPR, the Boston Globe, and more. His poems have been published or are forthcoming in Poetrymagazine, Prairie Schooner, Boulevard, and others. Robley is also the editor of CD Baby's DIY Musician Blog.

Gray Gannaway is the founder of Quarterlab video consultancy.