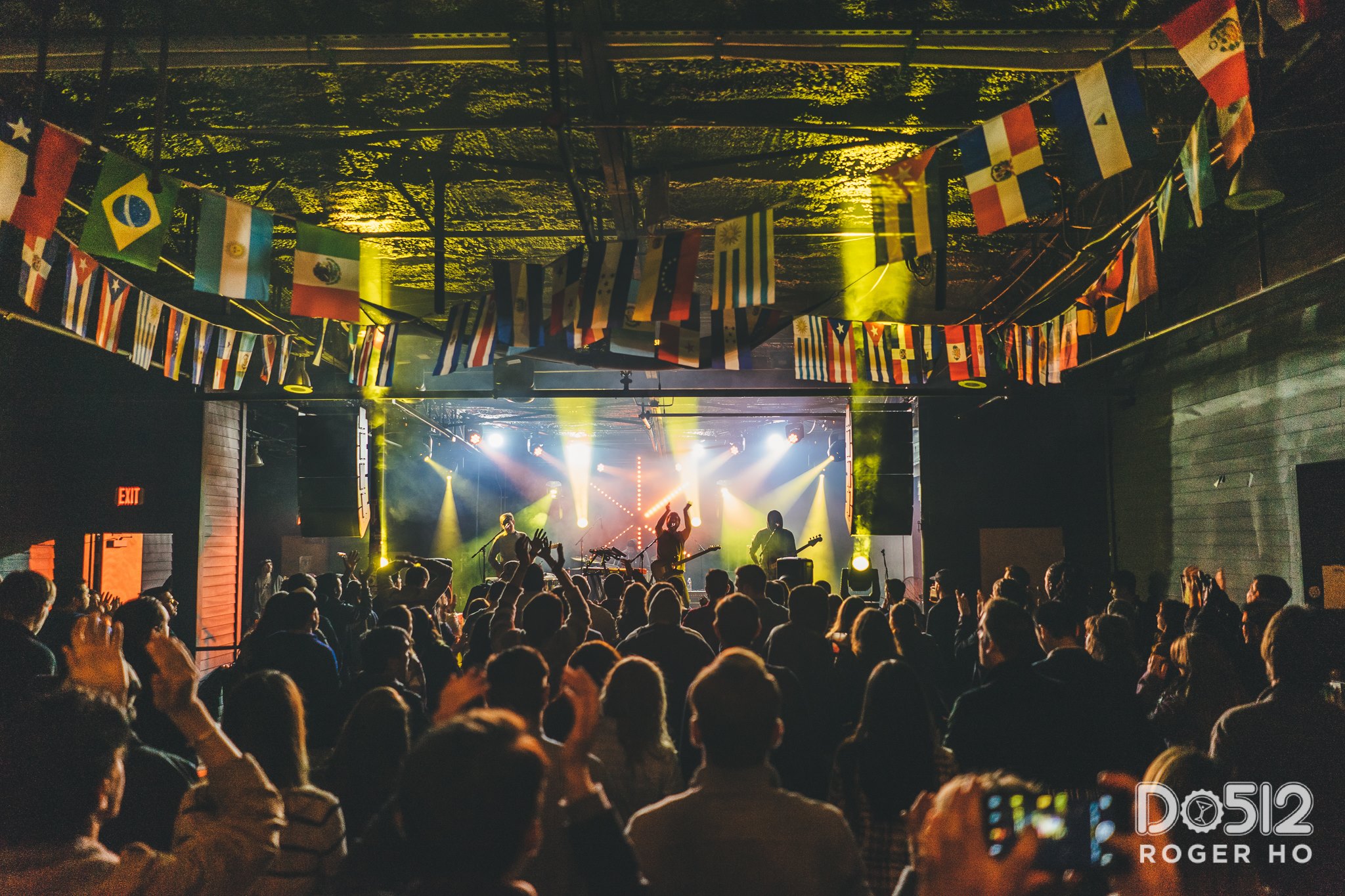 In today's era of Spotify, Apple Music, Tidal, SoundCloud Go, and all the other countless streaming sites, we don't think much about traditional radio anymore. However, there are still a ton of people connected to the radio scene. Maybe the major radio stations don't have the same influence that they used to, but local stations are still impacting their communities.

Indie psychedelic band The Human Circuit hails from Austin, and they've had no shortage of radio play – their music has even reached #1 on local stations. But how do they manage to get spins as a DIY band? And, more importantly, does it actually benefit them? We caught up with them to find out.

The Human Circuit has done a tremendous job getting featured on radio stations all over the country. What has your strategy been to get radio play?

We released Frequent Seas in February 2015. By the end of March (after SXSW), I was contacted out of the blue by a guy who was really stoked about our new album. He told me he had radio connections all over the US, that we are a great band, and that he would happily plug us in. We sent him 200 albums and a little cash for media mail shipping. Within the first week of an eight-week campaign, we were already charting top 10 way up in New Jersey. It was only another week or so and we were playing on college and public radio stations nationwide, even in Honolulu. The very next day after charting top 10, CMJ sent us an email and offered us some more opportunities. We are currently in the studio working on our third album and can't wait for the next exciting release, Electric City.

How much of your radio promotion was DIY vs. hiring outside help for connections?

We are an independent band, so everything is pretty much DIY. Sonicbids has been a handy tool for not only booking shows, but getting licensing opportunities as well as radio play.

Hiring someone can be a big help, mostly just to stay focused on what the artist should be focused on – the art. Many stories don't go as well as ours, so I would still urge artists to be careful. So many entrepreneurs profit on artists longing for success, but really don't have much to offer. Do your homework on who's offering you what, and be careful. However, if you don't ever take the dive, you may never be offered something again. And worse, you'll always wonder, "What if?"

You've worked a ton with CMJ, even charting at #1 in San Antonio. That's huge! Do you have plans to play the CMJ Music Marathon in New York?

CMJ is great. If you're an indie band and don't know them, start there. We've never played at CMJ in New York – we would love to. In fact, we've only played the West Coast and Midland. With all the radio success (especially in the Northeast), we are very busy currently planning our routes that way ASAP.

Sonicbids makes applying for these events straightforward and pretty simple. We will definitely be applying to CMJ and making more moves toward the Northeast. Utilizing Sonicbids to locate bands, venues, and other opportunities makes these adventures a lot more available and organized. We will definitely be in touch with CMJ for our next upcoming album and single releases.

With streaming services and social media becoming the new go-to way to discover music, what keeps you focused on pushing for radio promotion?

Radio is such an important part of a community. It keeps people informed and connected through common interests. Whatever station you desire, others are connected and tuned in as well. Radio, especially public and college radio, works both ways: it illustrates a local community, but also shapes it.

Streaming sites and social media may cause some challenges for radio stations. However, these new ways to discover music also create opportunities for radio stations to expand their listeners (to other countries even). So, what keeps us pushing for radio? Hearing your song on the radio does get you pretty giddy, and a level of nostalgia (having always been a "lower dial" radio listener) helps. But most certainly, radio is its own force and probably isn't going to disappear in our lifetime, without some sort of massive apocalypse or something. Even if there was some sort of apocalypse tomorrow, it wouldn't be long before someone was broadcasting. Radio brings people together. It always has, and we believe it always will.

[A Musician's Guide to Community Radio: Stations That Will Actually Play Your Music]

How do you measure your success with radio play? Do you often get comments from new fans saying they heard you on so-and-so station?

Radio play at all is success. It is confirmation that your art is recognized above the many other options they could have picked. We consider it a success just to make it on the air, even once. Because if that's what you're going for, you have succeeded.

The best perk is being able to see what parts of the country or world are interested in your sound. What better way to launch a project than to know where the target audience is? Being able to recognize your target audience due to radio plays is a huge success.

It's really awesome when people know us because of the radio. It's really exciting when people tell you they came because they heard you on a station and that we were performing in their town, and further, they wanted to come check it out. Also, it's fun to be able to give away free tickets on air. Without radio support in the town in which you're traveling, it would be extremely difficult to inform the masses (or even convince anyone) you are worth seeing and hearing live.

If you were speaking with another indie band that's had no radio play, how would you suggest they start the process?

Play a lot of shows. A lot. With bands you respect and want to listen to. Even if it means you have to play less. The music you surround yourself with, the cities you tour, and the venues you invite your fans to say it all.

Mostly, be hardworking about your passion. Wear your passion on your sleeve, constantly and shamelessly. If you keep putting your heart out there openly and honestly, people will recognize it and want to do the same in return.

We got a call from a guy in California who saw a New York band he previously worked with opening for us. He said we had a lot of potential and really liked our style. We took the dive sending 200 printed albums, and it was all up from there.