How to Not Blow Your Music Industry Meeting 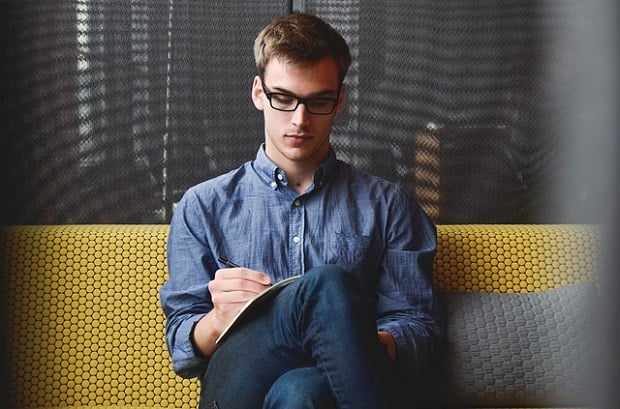 If you're the creative type, business probably doesn't come naturally to you. You'd rather be off by yourself writing songs or daydreaming than in a stuffy office, and are uncomfortable in that kind of setting. We got your back – this post is for you.

There are dozens of adages about this. “You never get a second chance to make a first impression,” and “The clothes make the man” both come to mind. There's a lot of truth there. Don't come to a music industry meeting looking like you just came from working in your backyard all day. I've seen people come in wearing ratty T-shirts, and even shoes that were held together by duct tape.

Now, granted, that could be your schtick – and it could work if you were in a ‘70s punk band, I guess – but that's really not the accepted norm. You don't need to be in a suit, either – just a nice shirt (or a nice T-shirt) and jeans is fine. If you want to go business casual (khakis and a button-down shirt), that's okay. If you're an artist, it might be wise to dress as your stage persona (assuming you have one). That's acceptable, too. Just don't be too casual – show that you take this meeting seriously.

This is huge. Ninety-nine percent of the time, you're going to get a “no” – that's just the nature of the business. That doesn't mean you should argue with the people you're meeting with, or try to convince them to listen again, imagine a different arrangement, or listen to “just one more song."

There's a story that's been around so long it's pretty much become legend: A guy camped out at a publisher’s office with his guitar and waited for him to come out (despite being told by his secretary that the publisher was busy). When the publisher emerged, he jumped up in his face and started playing his song, following the guy out the door and down the street.

Surprise, surprise – he didn't get a cut. Or a meeting. Remember, these are busy people who listen to hundreds, if not thousands, of songs a week. The fact that they're making time for you in and of itself is huge, Don't take that for granted, and don't be too pushy.

This is kind of a no-brainer, but a lot of people don't know what to expect in a pitch session. When I was a noob, I made the mistake of bringing the majority of my catalog to a meeting. I seriously overestimated their time. Most publishers will listen to one or two songs. If you're very lucky and they like you, they may listen to three. But don't push it, and let them ask. Most times, you won't even get past the first chorus before they say, “Pass. What else do you have?”

So put your best foot forward and bring only your very best writing, or songs you know are just perfect for the pitch. Don't forget to bring lyrics, preferably each song on its own page, free of typos (there's no excuse for that in the 21st century). Don't hand them your personal journal with handwritten lyrics. Use Word or Open Office, with your name and contact info right at the top. It also doesn't hurt to bring an extra song or two, just in case they ask. If they have the time and interest, you'll know.

Thank them for their time, shake their hand, and leave. Don't lurk around their office (or the parking lot), hoping to run into them later and play one more song. At very most, shoot them a call or email a week later to follow up, and ask if you can play them some more stuff. If they're interested, you'll hear back.