How to Avoid Ruining Your Press Connections 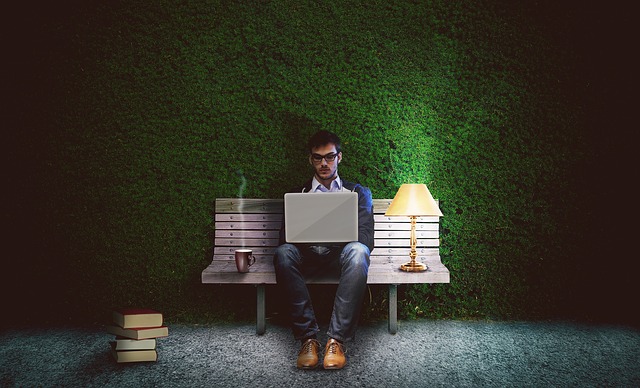 Building a solid press list is a huge effort: from sourcing publications that cover emerging acts, to researching writers to ensure you're reaching out to the right folks, and so on. Curating an effective roster of contacts takes time — and all that work is basically rendered pointless if you ruin those relationships with inappropriate or unprofessional behavior.

Honestly, most of the points below feel like common sense — to the writers on the receiving end, at least. Unfortunately, though, the eager ambition of up-and-coming bands and artists can sometimes fog judgment so thoroughly that they fall into faux-pas territory (or worse).

When certain transgressions occur, writers may not respond well to requests for press; in some cases, they'll resort to mentally or literally blocking all contact. Don't be that person. Here are five ways to avoid getting ignored or blacklisted by the press.

Some writers make their email addresses readily available; others don't. It's their choice whether or not they want bands and artists cold contacting — not yours. Do not give that information to your press-seeking pals without asking the writer first, and be very discerning about the bands you do ask to connect them with. In most cases, it's probably best to either point whoever's inquiring to the writer's social media channels. If that's not going to be helpful, just explain that you can't share that information, and give them tips for reaching out based on your own example.

(Note: While this should go without saying, we'll clarify, just in case. If by chance you've got the writer's number — maybe from a past interview — please know that you should never, ever disclose it to anyone. Ever.)

The email-only standard for contacting press is by no means obsolete, but these days, there actually are some writers who are okay with working with bands through social media. Don't attempt to make that choice for them, though. You'll know if a writer is open to messages on Facebook (or any other social media messaging) because he or she will contact you through those channels themselves. If he or she doesn't, then assume email is preferred.

If you do find yourself working with a writer through social media, please understand that it's not an open invite to message anytime or too frequently. Keep your communication concise, work related, and during regular business hours. (Seriously, an onslaught of sleep-interrupting dings at 3:00 a.m., even if pertinent to the story-writing process, is the absolute worst.)

Discussing a story through messages is also not a green light to message (or tag writers in posts, for that matter) whenever you want in the future. If the story's completed, don't randomly message the writer unsolicited weeks or months later, even if it's press related. Send an email first — unless you know for sure he or she is totally okay with social-media messaging.

Feel out the situation, use your best judgment — that's common sense, right? And if you're really not sure how a writer prefers to be contacted, ask!

3. Let writers do their job

You've spoken with a writer, whether via email or social media, and there's a story in the pipeline — great! Now you need to give them space to work — please.

Seriously, following up repeatedly will only slow down the process. Asking how the story's coming or when it will go live is an interruption for the writer; it's not a helpful ushering-along like you might think. To avoid the need for this kind of contact, ask the writer from the get-go if he or she can send you the story once it's live. More than likely, he or she willl be happy to send it so you can share (and help drive traffic) via your own channels.

Occasionally, after an interview, a band will send a writer all kinds of information that's totally superfluous and not relevant to the story. While writers appreciate a band's recording tidbits, tour anecdotes, and whatever else they want to tell us, it can feel a little condescending when we're presented with a bunch of information we didn't ask for. (At best, it definitely another interruption in the writer's very busy day.)

We know what we're doing; we're writing the story, not you. If you really feel the need to add details that you forgot to mention before, let the writer know you need a moment of their time, rather than sending a barrage of emails or messages. They'll likely accommodate you for the benefit of the story.

4. Don't get too friendly

Technically, it's unethical for writers to be pals with the folks they write about. A friendship between interviewer and subject can be problematic for true and accurate reporting or storytelling; it can lead to bias. In music journalism, however, that code of ethics is often blurred.

We're not opening that particular can of worms here, but we will point out that you're not automatically buds with the writer who's covering your band. Especially in person, keep things professonal from the start; follow cues and trust your judgment from there.

Just because a writer has covered your band in the past does not mean he or she is obligated to do it again — ever. Do not assume that you'll get coverage; it's ultimately up to the writer (and their editor, probably) whether or not a story will happen.

If the writer isn't able to report on whatever it is you're currently pushing, please respect that decision. Don't try to explain why he or she is wrong to skip coverage, and don't get testy or rude. Your treatment of the writer in this situation could affect your chances of getting press down the road. (And trust us, they'll cover you again — if and when the time is right.)