How to Be a Good Music Citizen in Your Local Scene 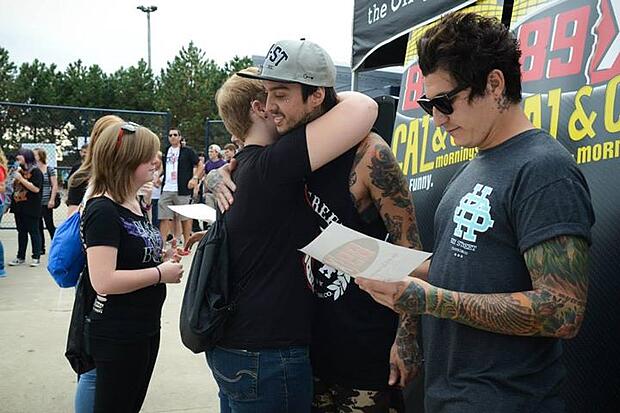 As musicians, we’re told over and over again how important it is to promote our work. And while this certainly holds true, it’s sometimes easy to forget that it’s just as important to be there for our fellow musicians, who – gasp – might actually return the favor! Having a strong support network among your musician peers can go a long way in building your music career, and if you make a genuine effort to support other artists, you’ll surely see the power of reciprocity at work sooner or later. Below, Sonicbids artists offer advice from their own personal experiences to help you get started on the path to being a good music citizen.

We’re all in it together

Longtime Sonicbids user Rachael Sage, who recently visited the Sonicbids headquarters for an office gig (keep an eye out for the video this month), knows how important it is that we musicians all stick together.

“As indie artists, we are all very consumed with self-promotion obviously,” she says. “Sometimes it feels like we're going it alone, struggling to get the word out about our shows or to just find our place artistically, [especially] in a big city like New York City. But I think it's a trap to ever forget that we are truly all in this big giant music ark together.”

Social networking has made it easier than ever to be a good citizen of one's music community, without any motive but to just spread a little positive karma.

Adam Hand, drummer in Boston-based band The Field Effect, says that going to a show on a night where you don’t have a gig can speak volumes and boost morale. “I start out loving the music that people make, and more often than not, I find myself becoming genuine friends with those musicians. The support structure here [in Boston] is really something to be proud of.”

Rachael acknowledges that “everyone is busy, everyone is chasing their dream and trying to make a living – so a little humility goes a long way, and the effort to go out and actually support others' shows is never unnoticed.”

Sharing the stage goes beyond your set

Doug Orey, singer and guitarist in The Field Effect, advises that you should always stick around to watch the other bands on the bill at your show. “In some cases it can be hard to stick around – especially if you have a long drive and an early morning ahead of you – but an extra cup of coffee the next morning can make the day tolerable,” he says.

And if you have to leave? “Don’t load your gear out walking directly in front of the stage during the middle of a song,” Doug says. “Take the long way around the back of the room and make your move between songs so you’re not a distraction and taking away from what’s happening on stage. There is definitely a respectful way to bow out before a night is through if you absolutely have to.”

Can’t support in person? Social media to the rescue!

Wouldn’t it make you happy if another artist reached out to you on Twitter to genuinely compliment your work? Time may be limited, but even dropping a line to just wish someone well or tell them how much you love their new song will mean the world to the artist. If you can’t go to a show you’d hoped to attend, try to spread the word on social media to show support.

“Ultimately, I feel that social networking has made it easier than ever to be a good citizen of one's music community, by merely posting a kind word, liking your Facebook page or sharing resources, without any motive but to just spread a little positive karma,” Rachael says.

It can be rough to put yourself out there, but don’t feel like you have to go it alone. Keep in mind that the majority of us do this for the same reason – because music is vital to our lives – so no one knows better than we do how much hard work goes into it. Showing even the smallest act of kindness or support to other musicians will make a difference, so give it a try!