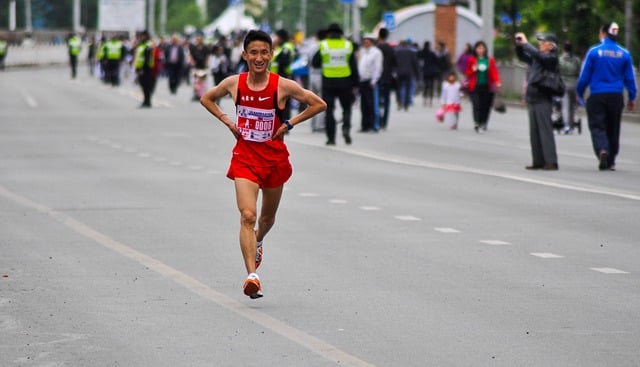 We've all heard the phrase "nice guys finish last," the basis being that "nice guys" lack the confidence and aggression needed to succeed in life, thus being trampled by their "mean" cohorts. Fortunately for all the inherently considerate folk out there, this is a myth.

It's entirely possible to be nice and successful at the same time. There are, however, some finer details to keep in mind. So put a smile on your face, get those mean insults out of your head, and start down your path to success.

Before unveiling the secrets of how to succeed while being nice, let's first examine how this popular myth really came to be. Research shows that people in power react in a certain way. Sometimes, this can be a good behavior.

These people are more likely to take action towards their dreams, take risks, express their emotions in a positive demeanor, and be less influenced by situational pressures. That's when power is healthy.

But healthy power gets far less attention than unhealthy power, probably because there's such a fine line between being an assertive go-getter and being a jerk.

The behaviors of the positive, powerful person can easily turn negative (and often do). Those in power are more likely to invade someone's personal space and interrupt conversation. Furthermore, they're less sensitive to suffering, take credit when it's not theirs, and in general, treat people like tools to accomplish their goals.

While most would agree that they don't like a person acting in that manner, we still see them as powerful. In fact, there are a series of studies proving that we see jerks as more powerful than those who play the "nice guy" angle.

So there you have it. It's science. When we see an aggressive jerk, our brain tends to assume that he or she is an important person of power. Hence, the nice banker who complimented your hair must be a twerp. It doesn't help that media often portrays powerful people in this regard as well.

So how do you defy the laws of psychology while rising to power as a nice guy (or gal)? Well, it's not impossible. It's just an exercise in balance.

If you call your little sister a dork and she cries, saying "I'm sorry" is usually appropriate. But when you're onstage, do you apologize every time you make a mistake? If you did, you'd probably be saying that word a lot, as all musicians make mistakes.

Saying "sorry" shows you care, but it's one of the biggest weaknesses of the "nice guy." Mean jerks never do that, which gives off a false sense of confidence. People think "this guy means business" and get out of his way, practically paving the road to the top. If you want to join that jerk at the top, don't stop apologizing; just learn when it's needed and when it's not.

Whether you're onstage, offstage, or anywhere in between, it's important to learn the art of the apology. Since this is a music blog and all, let's focus on the times you're performing. The goal of a performance is to produce a captivating and meaningful experience for the audience. Will that happen if you tense up after each error and communicate your insecurities across the venue?

[How to Handle an Embarrassing Moment Onstage]

It won't. It'll make you look sheepish and afraid. Meanwhile, the talentless hack with the giant ego swinging his guitar around like Eddie Van Halen has everyone fooled. There's a difference between being humble and being overly apologetic. Find a balance.

Command attention through your actions

You know those jerks in power that we've been talking about? If you look past their loud and abusive manner, you probably won't find much substance. That's because they rely on intimidation and thievery to get what they want.

There are other ways to succeed that don't involve such nasty methods. For example, let your actions do the talking for you. Lead by example. Sure, you can fake the appearance of poise and command of your instrument, but after a while the audience will catch on. So just do it the old-fashioned way.

Like most things in music, the solution to this problem starts in the practice room. It's in there that you will refine your skills and become the best musician you can be. That way, you'll be able to back up your confident and unapologetic demeanor onstage.

The audience will see a strong and talented individual who's actually not a jerk. Everyone loves a nice guy, but one who's also confident and talented will get the fast-pass to success.

So to all the nice guys out there, keep up the good work. Just don't let your nice personality get in the way of your confidence and overall appearance. Not only will that hurt your career, but you'll help reinforce the belief that nice guys finish last. There are enough jerks in power as it is, so don't contribute to the problem.

Next up: How to Be a Confident Musician Without Being Cocky