Be Your Own Record Label: Everything You Need to Know About Distribution 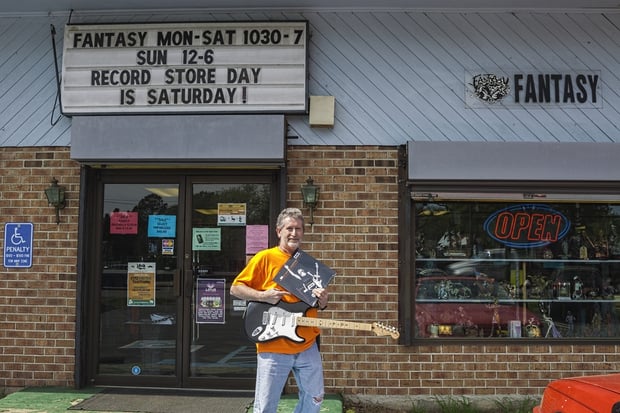 Photo by Barry Blackburn via Shutterstock

When I started my record label in 2015, I didn’t really know what I was doing, and it’s been a series of trial and error ever since. However, I'm repeatedly reminded of something Kurt Ballou (of Converge fame) said in an interview with Party Smasher Inc. about making one’s own opportunities: “Pretend you know what you’re doing until you do.”

If you want to start a label, or do a label’s functional job for your own musical project, just start doing it and figure it out as you go. Here are some things that I'm doing as a label owner that might help you and save you some time if you choose to take this path as well.

I’ve decided to split my year’s worth of knowledge into two sections: distribution and promotion. This segment will be about distribution. (Note: this is the step you typically take after pressing a record. For more on pressing a record, see my last Sonicbids article here.)

The easiest way to start selling your releases is through your own online store. From my own observations, labels and bands most commonly use Limited Run, Big Cartel, and Storenvy. All three are free to sign up for, but I prefer Storenvy because it offers unlimited product listings for no additional charge. On the downside, it takes 15 percent of my sales, but it's a small price to pay for user friendliness and unlimited products.

What I don’t feel is talked about enough by other label owners and bands, however, is the use of Bandcamp in the selling of physical music and merchandise. It’s free to upload products to its system, and it only take 10 percent of the total, not including shipping. However, if you choose to get an official label profile, you’ll have to pay a monthly fee.

Local record stores will often sell music by local bands. So if you’re putting out a record by a band from Salt Lake City, for instance (which I did recently), you should contact SLC record/music stores and see if they want to buy your stuff!  If there’s a buzz about the record, contact music stores in areas the artist has played and see if they’re interested in their records as well. Here's some more info about music retailers and how to deal with them.

Keep in mind that occasionally, bigger chain stores will have a section of their store designated to local music. Chain stores typically gather more people than independent record stores, unfortunately, but don’t miss a chance to sell records to more people through them if it’s available.

DIY labels have a long tradition of doing trades and distro for each other. In an article on Some Will Never Know written almost a decade ago, Ian from the now-defunct Dead & Gone Records gave some timeless advice: “Trading is essential to building up your contacts and it’s also the bedrock of hardcore/DIY and the label community.”

Whether you’re active in the hardcore community or not (I am not), the sentiment still stands. If you take an interest in what your “customers” want, you may be able to sell them two or more records instead of just the one they wanted which you put out.

Spotify, Amazon, and iTunes are big deals to people. While, again, Bandcamp is probably the better format for digital sales, having your music every place you can get it isn’t such a bad thing.

A lot of people choose to go through CD Baby, TuneCore, and Distro Kid for this kind of service. If you’re pulling in a good amount of revenue with your releases, these are probably good choices. However, most of them charge for setup fees as well as annual fees, sometimes per release.

[5 Common Questions About Getting Your Music on iTunes, Answered]

As someone who’s still starting out, I, at this time, prefer a system called Routenote. It’s completely free, but the catch is that you don’t see a penny until you’ve made at least $50 in revenue. However, the system puts your music onto iTunes, Amazon, Spotify, eMusic, and others free of charge. The more releases you have and the better you learn to promote, the more plays and downloads you’ll get.

A lot of artists and labels make money off of Spotify plays, and this might be a good way for you to get some of what you put into it back.

There’s no “right” or “wrong” way to run a label; there’s just what works for you and what doesn’t. I’m always learning and trying new things to do the best I can. If anybody has more to add or different, opposing insight, please feel free to reach out to me over Twitter.