How to Buy the Perfect Guitar Amp 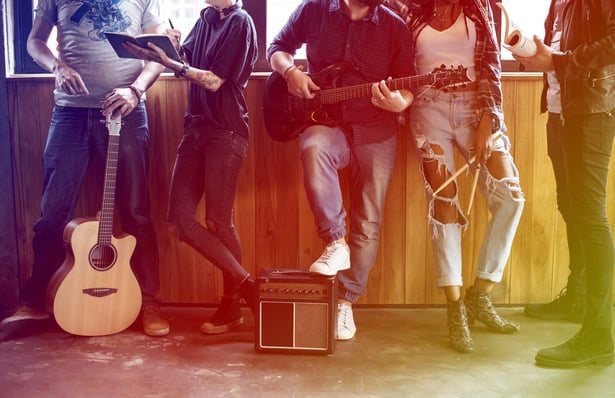 Like a lot of guitarists, when I bought my first guitar amplifier, I knew nothing about amps. It was a Marshall DFX 100, and I liked it simply because it was loud and had cool effects. Even when I bought my second amp, I was still pretty green; I needed something small and cheap that I could play in my apartment, so a small, five-watt Danelectro Tube amp — that I still love to this day — did the trick.

Before I bought my next amp, however, I finally decided to do a ton of research and get something that was truly a perfect fit for me. The ‘65 Fender Twin Reverb that came out of that search is still one of my favorite pieces of gear I play today.

While nothing can beat going out and trying amps to find exactly what you like, there are some questions that you can ask yourself to narrow your search and wind up with an amp that’s not only functional but will be well-suited to your particular sound. Ask yourself these four key questions.

Will I be bringing the amp to gigs or leaving it in one place?

Durability, size, and weight become major considerations if you’re schlepping your amps to and from gigs. On the flipside, if you’re buying an amp to practice on or leave in your studio, you won’t have to worry about all the perils of traveling with expensive equipment.

Amps typically come in two different styles: combo amps and amps where the amplifier (aka, the head) is connected to a separate speaker cabinet. Having a seperate head means you can just bring a small five-to-10-pound box along with you to your show and plug it into the house speaker cabinet. In this case, the amplifier itself is responsible for shaping and amplifying your guitar signal, and the speakers are meant to faithfully recreate that sound. For times like those, I really love the VOX MV50. I’ve used it a bunch, and it’s so nice to just be able to plug in and play.

Combo amps can also be a great choice if you’re worried about the venues you’re playing not having a cabinet that you can plug into. If you get one that’s not super heavy, gigging with them can be no big deal. Pro-tip: Don’t worry about getting one that’s super loud; if you’re having trouble hearing your amp, the sound person should be able to mic it to give you the punch you need.

If you’re not planning on moving your amp around a lot you don’t need to worry about getting something portable and durable. While you can gig with tube amps, vintage amps, and other crazy monstrosities, the older and more valuable something it the more you should be inclined to keep it somewhere safe.

Do I want a tube amp or a solid-state amp?

Many guitar players swear by tube amps and spit on solid-state amps, but don’t be so quick to dismiss them. A solid-state amp uses electronics, such as diodes and transistors to amplify the guitar signal, while a tube amp uses vacuum tubes. These components are used in the gain staging in the pre amp (where your weak guitar signal gets turned into something robust and useable) and in the power amp (the part of the guitar that takes the signal from the pre amp, amplifies it, and uses it to drive the speakers). This is where tube sycophants claim solid-state amps flatten the tone.

I won't deny that tubes give a pleasing, warm, rounded sound, however, I believe much of the love for tubes comes from their cool, vintage aesthetic. At lower volumes, solid-state guitar amps maintain sounds also reached at much louder levels.

For example, the Roland Jazz Chorus is a universally respected solid-state amp that has, possibly, the best, clean sound on the market. Recent developments have even also allowed people to better understand the relationship between tubes, transformers, and speakers in a tube amp so those tones can be better simulated in solid-state amplifiers—the best of both worlds.

Overall, tube amps sound better, but once you start comparing things at the same price point, it all comes down to taste.

What type of music will I be playing on this amp?

Different amps excel at different genres of music. (There’s a reason you don’t see many jazz musicians playing Marshall stacks.) Sometimes, narrowing down your amp selection by genre can be really helpful.

Here’s a quick reference guide to buying an amp based on genre of music:

What types of spaces will I be playing?

The way your amp is constructed can affect how the sound fills the room. You’ll also need to choose between open-backed and closed-back speakers. Open-backed speakers increase sound dispersion, which simply means the sound is spread out more evenly around the room, but the bass response is diminished. Also, having an open-backed speaker can prevent the amplifier from overheating. Closed-back speakers give you a more directional sound, which can be useful. Before committing to one favorite type of speaker, however, feel free to experiment until you find one that suits your needs.

Consider the quality of the venues you’ll be playing, too. For basements and other DIY spaces, it makes sense to bring something that’s a contained unit. The less you rely on other people, the more control you’ll have over your sound.  Nicer venues should be more reliable and will more easily be able to accommodate you if you want to mic your amp or use their speaker cabinet.

Buying an amp really comes down to what inspires you as a musician. All this information can guide you towards something that you’ll be dying to get home and use every day, but if you go amp shopping and something jumps out at you from left field, don’t be afraid to go with your gut.  At the end of the day, your amp should become your music’s best friend.

Next up: 5 Guitars You Should Never Buy