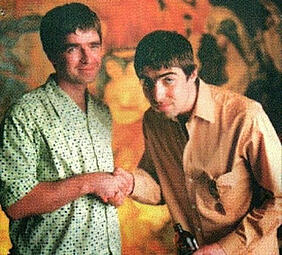 You may have started out just playing for fun, but if you and your bandmates are now at the point where you want take your music career seriously, then it’s time to create a band agreement – and soon. You’ll thank yourself later that you got all of the legal kinks worked out now rather than waiting until an actual issue comes up.

What is a band agreement, exactly?

A formal band agreement – not the one where you shake hands or drunkenly promise each other you're in it for the long haul – is simply a contract. It can be in a variety of formats, but the idea is to ensure that you and your bandmates' expectations are aligned. A band agreement also helps maintain levels of commitment to the group. It’ll clarify everyone’s roles, responsibilities and levels of ownership. Additionally, it will help address any financial concerns, such as who will be paid what percentage of royalties from recordings, publishing and performances.

Why do you need a band agreement?

Complications and disagreements will undoubtedly arise at some point in your band’s career, so having an agreement will come in handy when you need to smooth things out. For instance, how are major band decisions determined? Is it an equal vote, or do certain members have more of a say? What are the consequences if a band member misses a certain number of shows or rehearsals? Start thinking about the kinds of issues that could potentially affect your band at some point, and do your best to come to a compromise on the best way to handle them.

The process might sound a little boring or awkward, but that doesn’t mean it takes the fun out of playing music together! When it’s all said and done, your band agreement will actually help keep your experience together harmonious and allow you to focus on the music rather than worrying about how to deal with every little dispute.

So how do you have “the talk” with your bandmates?

As soon as it feels like the band is “going steady,” you should talk to everyone about what the commitment level really is. Bring up the idea of a band agreement to the group. Explain why it’s important and how it’ll help. (In fact, it might make people happy to know what exactly they’re guaranteed as a band member.) Then pick a time to work out the details.

Nina Noir, a musician from San Francisco and a member of the all-girl Queen tribute band The Killer Queens, confesses that having “the talk” with her band was pretty awkward at first. “It felt like, ‘why so serious?’ But every band is a business,” she says. “Even though it’s for fun and it doesn’t seem like a regular job, there are taxes being paid and there’s money being invested. With an agreement, the band functions better.”

However, Nina stresses that you shouldn’t let the idea of a band being a business ruin the creativity that comes from playing music together. “A lot of people get disenchanted by legal contracts,” she says. “It is a necessary evil, but it does not take away from being in the band at all.” In fact, you’ll probably be saving your friendships and professional relationships by getting everyone on the same page sooner rather than later.

What topics should your band agreement cover?

Your band agreement should act as a guide to clarify any questions you or your band members have now, and also to address any issues that you think could arise in the future. At the very least, make sure to cover topics such as:

Nina believes that the most important part of the agreement it to determine what will happen if a member leaves the band. “Even though it’s not fun to think about, you really don’t want any loose ends. You want to prevent a case where someone might sue for his or her share of the band. They could claim payment for gigs booked while they were still in the group. They could get their cut of 25 shows they didn’t play. Or if the band wants to use a music video they all made together, the member could say that you can’t use his or her image if there is no prior written agreement.”

How do you create a band agreement?

We’d recommend working off of this band agreement template from Music Biz Academy to get started, but make sure you customize it for your band’s specific needs.

While you’re at it, other useful business to take care of early in your band’s career is to copyright all your music, trademark your band’s name, and make sure you write up contracts in your favor prepared for your producers and agents to agree to. Then you’ll be all set to share your music with the world!