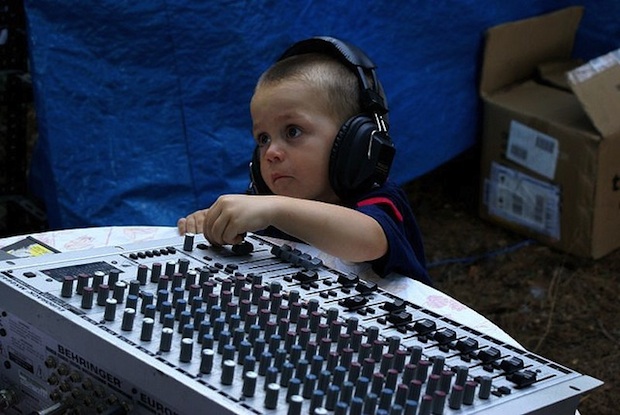 Being a sound guy (or girl) is all about providing the technical expertise of sound engineering and venue acoustics to help bands sound their best. However, there undoubtedly will be times when you come across a sound engineer who is either inexperienced or, God forbid, incompetent. As a band, it’s crucial for you to learn how to deal with the situation as best you can.

If you can, try to avoid the issue altogether by scouting out the venue in advance. Make sure that you’re reaching out to the venue with an appropriate time frame to discuss your needs. Based on your interactions, you can be aware of a potentially poor quality sound guy. If you know that you might be coming into a troubled situation, you can arrange for your own sound guy to take over for the gig. The biggest key is to remember to act professionally about it, or you’ll risk alienating yourself from the crowd and future gigs.

2. Address the issue with management

By working with the venue or event manager, you can get a secondary sound guy into the booth before the soundcheck starts. Arriving early enough to the gig allows you to get some face time and talk to the people behind the scenes. If you notice an issue, the extra time allows you to reach out to management about it. If you have someone else who can at least step in for soundcheck, you’ll have a solid baseline for your mix.

3. Carry your own gear

This can’t be stressed enough. There are still too many bands out there that trust the venue to have the gear they will need, in terms of cords and microphones. Getting the mix right is less important than making sure that the sound going to the board is actually quality. Having your own gear means always having exactly what you need and knowing that it will work. Also, if the sound guy is new to the venue, it may be that he’s competent behind the board, but hasn’t learned where everything is stored yet. Being able to go more than halfway means a chance for a better show, which means more money for you in the long run.

If you do walk into a situation with a bad sound guy, you’ll need someone in your band who can run a board and get your mix keyed in as close as possible. If you’re trying to figure out which band member it should be, just use some common sense. The drummer has the most gear to set up, but is also probably the only one who is not going to be plugged in. In terms of setting individual sound, anyone can listen and get levels, but for getting the entire mix, you need someone who understands your band’s sound. Learning the basics of the mixer is simple – just set your levels and the mix and go. Once the show starts, the venue’s inexperienced sound guy can stick to the mains to keep the drummer properly mixed.

Depending on the venue, the mix may be more or less important. However, the best thing that you can do to affect the music for the gig is to make sure that your monitors are keyed in properly. When you can hear the true sound being broadcast out to the venue, you’ll be able to make certain playing adjustments that can save the sound if the guy behind the board needs a beer bottle thrown at him.

Also, by having the monitors keyed into the band’s sound instead of individual focus, you can hear if the sound guy is changing individual levels instead of the just the mains. If he starts to mess with your mix, take notes and either call it out over the mic if it’s early in the show, or catch him on the set break and ask him to put it back the way it was. If he can’t remember where the levels were set, then it’s a good thing that you took a picture with your smartphone, isn’t it?

At the end of the day, it’s important that you be proactive about making sure the show goes off well. Just like professional sound engineers have to deal with newbie bands trying to play their first show, experienced bands will also sometimes need to deal with someone who just got hired as a sound guy. Treat them with respect, and give pointers if you can. If the sound guy is straight up incompetent and messing with your sound, tell him I said you could throw a beer bottle at him – I’ve got anger enough to share.

Mike Guzzo is the man behind the “Angry Sound Guy” column. Though he got his start as a musician playing horns in school and then in dive bars, he soon became a respected event DJ and sound guy. When he took over as the head sound engineer for several venues and events, he began to nurture his anger toward the incompetency he saw in both his own profession and the bands who were too “diva” to listen. Heed his words of wisdom and you could be spared errant beer bottles and extended profanity, as well as make more money through better performances.