How to Get Better at Memorizing Songs: An Easy 4-Step Guide 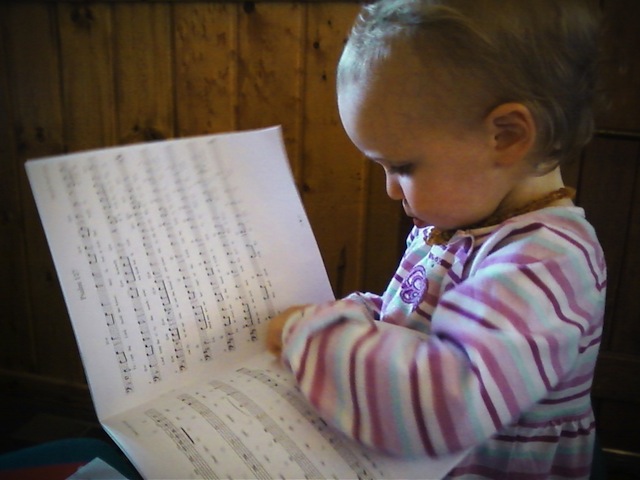 No matter what style or instrument you play, or how good of a reader or improviser you are, you're going to have to memorize songs at some point. This can be a time-consuming process, and for some gigs, you might have to memorize four hours of music that you've never heard before!

Of course, you have to do more than just learn the music. You've got to really learn it completely and thoroughly, to the point where you can play it perfectly without even thinking about it. When you've got a huge song list sitting on your desk, this can be an intimidating thought.

Listening is really key in this process. The more you listen to the songs you're learning, the easier it will be to actually learn them. I have a process that I go thorough any time I'm trying to learn a piece really, really well. Here is my go-to, step-by-step process.

When you're learning a song, the form is one of the biggest elements and also one of the most frequently messed up onstage. Your slight flubs on some of the parts might not be noticed by the bandleader, but if you flip to the chorus when everybody else goes to the bridge, you're in for some nasty looks from the band.

Start with mapping out the form. First, just throw on some headphones and take a listen through the song. Don't do anything else while you do this – just focus on what you're hearing. Then go in for a second listen. As you're listening, pause and write down each section in the order that it comes up in the song (verse, chorus, intro, bridge, etc. are all great descriptors). Next to every section, include a specific value that will make it clear to you exactly how long each part occurs. As a drummer, you might include the number of measures; if you're a guitar player, it might be easier to include the number of times the riff or chord progression is played. I recommend handwriting your map, as doing so will really solidify it in your brain by the time you've finished.

When you're done, listen through the song one more time just to make sure you didn't make any mistakes or miss anything. At this point, you should have a really solid idea about how each part sounds, since you've been doing focused listening for a while.

2. Take it one section at a time

Now you can go about learning the parts. I like to take things one section at a time. Through the mapping process, you might find that the song only has three or four sections! I start with important parts like the verse and chorus, and then move on to bridges, intros, solo sections, etc.

Pro tip: Pay extra special attention to the transitions (the way the song gets from one section to the next). Transitions are one of the most common mistakes people make when playing through songs, and one of the quickest ways to separate the pros from the amateurs is through having really tight transitions.

Something that I do from time to time is make notes on the map that I've made. As a drummer, you might want to write a few words next to each section that briefly sum up the sort of groove you'll be playing. If you play a chordal instrument, scribbling some chord names or Nashville Numbers in the margins next to each section achieves the same effect. Not only will the act of writing it down help you to remember, but it will also be good to give you a quick reference and jog your memory when you need it.

3. Run through the song with the recording

Now that you've got all of the parts learned, you'll want to try a full run-through of the song with the recording. Try your best to get through the whole song, putting the majority of your attention on getting the form and transitions correct.

When you make a mistake, don't continue on with the rest of the song. Figure out what happened, then stop and isolate the mistake, and don't move on until you can do it correctly. After you've gone through the full song and fixed your weak spots, do a full run-through again. Repeat this until you can play through the full song without making mistakes in the parts, structure, or transitions. You'll likely need to use your map and charts the first few times, but try to get away from them as quickly as possible.

4. Run through the song without the recording

The original recording is a safety net, and once you can play along to it perfectly, it's time to ditch it.

When you're playing a song live with a band, all of the cues going from section to section will likely be different (if there are any at all), other players might make mistakes, or there might be subtle elements that have been changed from the recording. The truest test of whether or not you really know a song is by playing through it perfectly without the help of the recording.

Throw on a metronome and start at the very beginning of the song. If you don't play at the beginning, then just start counting and try to make your entrance at the same time you would if there was a band present. Do the same at any point in the song where you would stop playing.

Once you've done this, check the map you've made and/or the recording to see if there are any parts you've missed or done incorrectly. Then try it again with the correction made.

If you follow through with this process, you'll likely know the song cold and might even know it better than the rest of the folks in the band that have been less thorough. After you've memorized enough songs and your speed increases, you should be able to run through this whole process in a single sitting, and you'll be able to expand your repertoire at a breakneck pace.