4 Practice Routine Tips to Progress Faster on Your Instrument 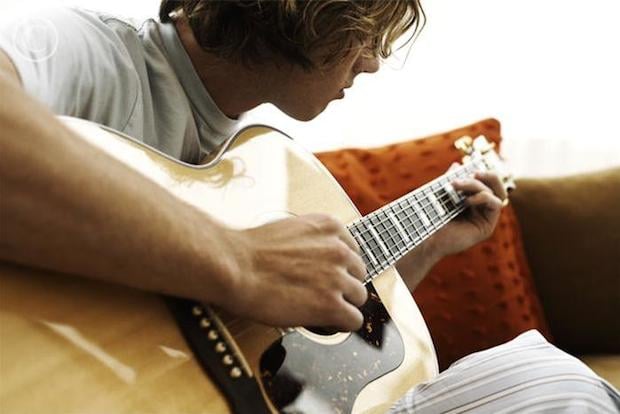 Just like any other skill, in order to progress on your instrument, you have to practice. Some people seem to make progress faster than others, ostensibly cramming 20 years' worth of technique into a mere five. This is where the concept of "quality over quantity" comes in. Players who spend time targeting their weak areas, learning new concepts, and playing with others are going to move along much quicker than those who just grab their instruments and mess around for an hour. Here are my four recommendations for getting more out of your practice routine and making faster progress.

As elementary as it may seem, warming up is a vital component of a productive practice session, and one that is too often skipped once an intermediate level of playing is reached.

All serious and professional athletes take the time to warm up before working out, and the same should be true of musicians. You're working your muscles on a much smaller scale; the muscles in your fingers, hands, and wrists all are getting heavy use. Without stretching them out and getting them prepared, you risk performance injury, which can hamper your ability to play. In the worst-case scenario, common performance injuries such as tendonitis and carpal tunnel syndrome can force you to stop playing entirely.

Pick an exercise, a scale, or anything that really gets your fingers moving. The key is to start slow. Just because you can grab your instrument and burn through scales at a decent pace right off the bat doesn’t mean you should. Increasing the speed gradually from a very slow point will allow your body to ease into the necessary motions and wake up all of the required muscles.

The importance of taking breaks should also be emphasized, especially if you're practicing for extended periods. Even with a solid warm up, take 10 minutes to just relax after playing for an hour. This will give your body time to recover from any fatigue, and actually allow you to practice longer. Use this break as an opportunity to gather materials, charts, gear, and recordings for your next hour of practicing, or perhaps designate this as time to work on marketing your music on social media. The possibilities are endless!

If you practice every day, it’s also a good idea to have one day a week as your designated "break day." Don’t play at all on this day. The same concept applies here as with the shorter breaks during practice sessions: you are allowing your body to recover from all of the stress that has accumulated over the course of the week’s practicing. In my experience, this has allowed me to practice in a more focused way. I often set weekly goals, which are concluded with a break (where I make new goals or edit current ones).

Another concept that is far from new, yet often underutilized, is listening to a playback of yourself. If you don’t already, record some of your practice sessions! Recording yourself essentially allows you to be your own private instructor, and with the affordable and easier-than-ever technology available, there's no excuse. As one of my old private instructors once told me, "The tape doesn't lie." Your recordings often reveal ugly truths, as all of the small playing errors are right in your face. This is a good thing, however, since it allows you to identify problems in your playing that are difficult to hear otherwise.

This is an absolute necessity for anybody with aspirations of making a career as a studio musician. Recording is much different than playing live, and it's essential that you have some recording experience to get used to how it feels prior to taking professional gigs.

This is probably the most important part of practicing. It doesn't matter how much music theory you've memorized or how many fancy scales you can burn through if you can’t apply it to real music. With any new concept, make a point to rehearse it through application. The best way to do this is to insert it into a song you're working on. If you're learning a handful of new chord-voicing concepts, take a song that you like and run through the changes using only the new chords you're working on. Or take that fancy new lick you just learned, play it in every key, then write a solo around it. If you practice new concepts by simulating a real-world playing environment, it'll be significantly easier to actually apply them on the bandstand.

Speaking of which, a vital part of applying your knowledge comes from actually getting out there and playing with other people! The benefits are endless. Applying practicing techniques in real time increases your capability to think on your feet. Plus, you get immediate feedback on those ideas, and can even pick up some new ones from the other players.

What tips or tricks do you incorporate into your practice routines? Let us know in the comments!