How to Get More Out of Articles Written About Your Band 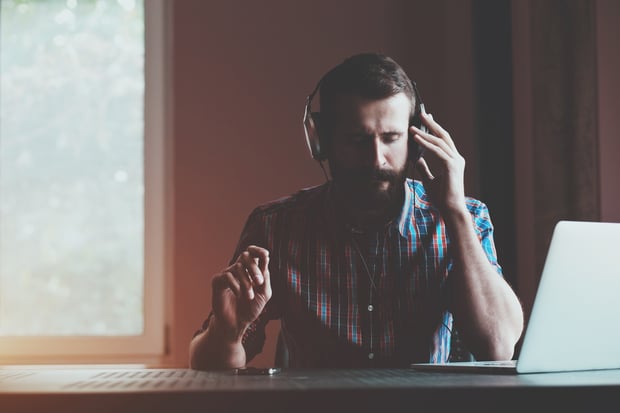 One of the toughest things you'll need to do in your musical career is attract the attention of people in the media. The problem is, they're inundated with requests all day, every day from publicists, managers, record labels, and even musicians themselves for quick write-ups and reviews of new music. A full-time writer may receive hundreds of emails a day, and most barely get around to opening a small percentage of those.

The chances of a new artist being highlighted by a publication of any sort are very slim, and that’s what makes every single bit of press that much more impressive (bad pun intended).

When you read the latest good word about you and your creations, don’t just show your friends and move on, use it! There's so much that can be done with that one link, and while it might not make you a star (especially if it’s posted on a smaller blog), that doesn’t mean you shouldn’t milk it for everything it's potentially worth!

Here are six ways to extend the life of your press clips.

This might seem obvious, but I can’t tell you how many times it's overlooked. I’m not suggesting that Taylor Swift post every single article written about her to her millions of followers – if she did, I would be a rich man by now – but whenever a writer finds the time to post something pleasant about a new band or up-and-coming artist and then the act doesn't even bother to share resulting article, you better believe the chances of a follow-up piece dip precipitously.

Posting a good review just once is the absolute minimum in terms of effort on your part after somebody writes about you, but if you want really make an effort, you’re not going to settle for the minimum, are you?

Show just how appreciative you are to the journalist who took time out of his or her busy day to write something positive about your art by sharing a link to the article more than once. Don’t share it twice in succession, because that’s just bad social media etiquette. Space out your posts and change the wording, but keep the link intact (and tag the publication and the writer).

The first time you show off the newly published article about you and your music, don't just encourage your fans to click it and read what that blogger had to say, but ask them to share it as well. You should never discount the power of word-of-mouth promotion, and these days, social media is how people show the world what they believe everyone should be listening to, looking at, or reading.

When a publication analyzes its metrics, it can only benefit your career if its editor sees that an article focused on you did well numbers-wise. Even if you’re not the most-read item, it's still in your best interest to show the blog that you went out of your way to try to rack up some good reads.

4. Include it in your next PR push

In order to grab this first review or feature piece, you likely had to do something of a PR push, which may have been spearheaded by a publicist or maybe it was something you and your bandmates tackled on your own. Either way, it surely won’t be the only time you need to work with writers and editors in an effort to get write-ups.

Once the first piece is published and public, start emailing other publications, even if you’ve already tried to convince them and were turned down. Now that you have this new review, which can be seen as an endorsement of sorts, others may be more willing to give your tunes a listen.

With so much music out there, and thousands of up-and-coming artists just trying to gain any attention, anything you can use to show you’re already on your way may help sway other journalists to at least listen. This has worked on me before.

5. Use it in all your business endeavors

The better the review and the more prominent the outlet, the more you should be using the article to help advance your career. You and/or your team should include a link or a quote in emails to brands, other reviewers, or even the person in charge of booking shows at a venue.

A nice note about how great a new single is isn’t the same thing as a huge fanbase or impressive ticket sales when concerning something like arranging an upcoming show or tour, but it certain doesn’t hurt. Again, anything you can use to convince decision-makers and those higher than you in the industry that you’re serious and worthy of at least being acknowledged is valuable, and you need to use everything you’ve got, especially in the beginning stages of your career.

In addition to posting this new article on your social media accounts (as many as you can make work, but at least Facebook, Twitter, and Instagram), you should put it on your website. Yes, in addition to having profiles on every major social media platform (and even some of the smaller ones), you need to have a website dedicated to you and your music, because it’s a wonderful place to house every piece of info anybody could ever be looking for, and some people still prefer to stay away from social media, even in today’s world.

[4 Things That Every Great Band Website Has in Common]

When the positive review, feature, or interview is still fresh, feel free to not only post the link on a page dedicated to press clippings, but also on the homepage. Be creative and show what you loved most about the write-up by highlighting a quote or thanking the writer. There’s no wrong way to do this, but also don’t keep it up too long, because then it looks like it's your only write-up ever.