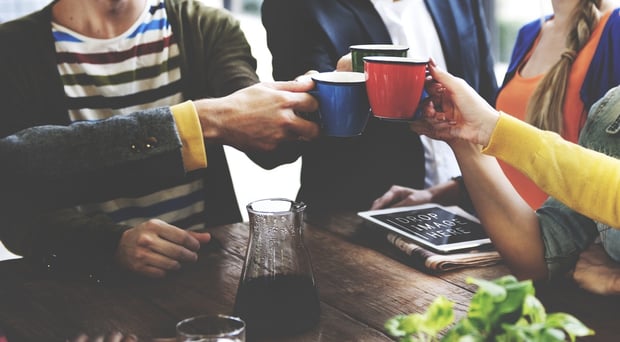 Are you frustrated because all the music bloggers who loved your last record seem to care less about the new one you’re releasing? After repeated attempts to contact the writer, you can’t seem to get a response no matter how hard you try.

Here’s the cold, hard truth: Your band is not the center of the journalist’s universe. Writers are often battling fast-paced deadlines, an overflow of submissions in their inboxes, and, more often than not, a full-time job with deadlines and demands of its own.

Popping in only when you're releasing an album and need coverage is the equivalent of only calling a friend when you need a favor. If that’s your MO, you’re failing to build a relationship based on a solid foundation. If you're fair weather in your approach, the best you can expect is the same in return.

Now that we have that out of the way, how can you best maintain your relationships with media between releases? Quite simply, be there for them when they need you and not just when you need them. By consistently nurturing the relationships you’ve built, you’ll help build longevity for your band.

[4 Ways to Build Relationships With the Media]

At my company, Green Light Go Publicity, we like to create what we’ve coined the "triple dub" as often as possible. A triple dub is a super-charged win-win-win situation benefiting three parties: the band, the media outlet, and the company. If we achieve the triple dub, we exponentially create success not only for us, but for the band and the media outlets we often depend on for support.

If you’ve always focused your energy on what the blogger can do for you, focusing your energy on helping a media outlet when you don’t need help from them may seem uncomfortable at first. It will most likely also feel counterintuitive. How can you receive coverage if you’re not promoting your band? I promise you this approach works. It’s the cornerstone of our media relationships at Green Light Go.

If the relationship is important to you, then your philosophy needs to be based on giving back. Pay attention to what that publication's staff is doing and when they ask for specific help. Stay up to date with what they're covering and share their stories with your followers. Some will ask for donations to help support the site. Others may be looking for writers. There may even come a time when they need a specific type of band for a feature. If you fit, hit them up. Even if you’re not a fit, but know of another band who could be, send them that suggestion. Retweet their tweets. Like, comment, and share their Facebook posts.

The theory is simple: people want to help people who help them. Be that person. The alternative is the risk of your band staying in obscurity and fighting an uphill battle for support on your next release.