How to Mix Radio-Ready Vocals 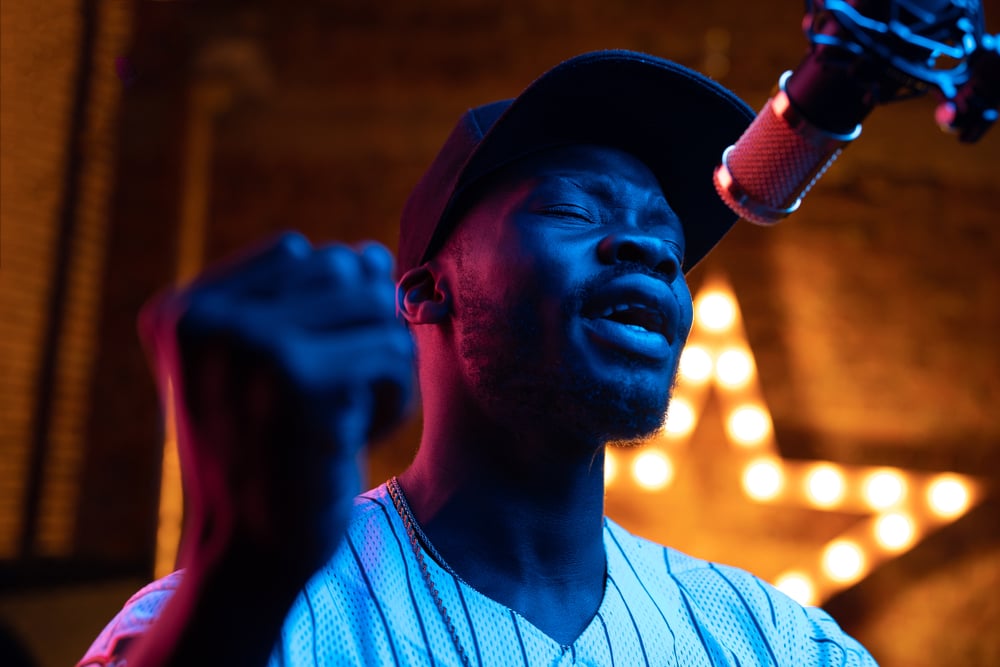 Vocals are the heart of almost every pop song. In fact, save for instrumental music, vocals should be the focal point of a song in any genre. Whenever listeners find themselves humming along to a song, it’s usually the top-line vocal melody they’re latching onto, so mixing that aspect of your song’s arrangement for ultimate clarity is of particular importance.

In this article, we’ll cover everything you need to know to produce a killer vocal mix for any genre.

Crap in, crap out

There’s an old studio saying: “Crap in, crap out.” No amount of mixing is going to save a bad vocal recording, so it’s important that you get it right at the source. Unfortunately, you probably don’t have much say over the recording process if you’re already at the point of mixing. But if you can get your hands on the raw tracks, you’ll be able to cherry-pick your favorite words or lines from each take and comp them together to create the ultimate Frankenstein-style performance.

If it’s really, really bad, you might have to worry about some of the comped-together vocal notes being out of tune — in which case, don’t be afraid to break out your favorite pitch-correction software like AutoTune or Melodyne to touch up any shaky notes. Depending on the genre, you may want to run the vocal through pitch-correction software anyway, as it provides a nice presence and sheen commonly found in high-end, radio-ready productions.

Once you’ve got the final vocal take dialed in, it’s time to start cleaning up problem frequencies with subtractive EQ. One of the most common problems is excessive low-end buildup from the proximity effect, which can be often solved with a simple high-pass filter around 100 Hz. There also tends to be some muddiness in the 200-500 Hz range, which may need some trimming.

Another common issue is sibilance — or excessive “s,” “t,” and “z” sounds — often exacerbated by cheap condenser microphones. Sometimes this issue can be solved using an equalizer to remove the offensive frequencies in the 5-10 kHz range, but this approach often leaves the vocal sounding dull and flat. A much more effective solution is to use a de-esser to attenuate the specific frequencies causing the sibilance. This way, the frequency is only attenuated when it becomes excessive, leaving the vocal sounding bright and clear the rest of the time.

Simply insert a de-esser on your vocal channel and sweep through the frequencies in “listen” mode to find what’s causing the problem, then increase the threshold until the sibilance is squashed.

At this point, your vocal should be sounding pretty good. There should be no noticeable frequency problems, leaving you with a very natural-sounding performance. Next, you’ll want to focus on adding color and character to your vocal using additive EQ.

The specific frequencies you choose to boost will vary from track to track, and especially from genre to genre. It’s common to apply a subtle boost on the high end using a gentle shelf, typically around 8 kHz or so. So be sure you don’t bring back any of that nasty sibilance — and be careful boosting between 3-6 kHz, as it often causes the vocal to sound shrill and harsh.

Some equalizers excel at adding a powerful bottom end to hip-hop vocals, others are great for adding mid-range bite to rock tracks, and some are best for boosting the highs to create a brilliant top end on pop productions. Try a few options and see which EQ works best for your particular song.

Compress, Compress, and Then Compress Some More

While this technique may not work well for subtle genres like folk or jazz, excessive compression is commonly used in Top 40 genres such as pop, rock, and hip-hop productions to create powerful vocals that cut through busy arrangements.

Start by using a compressor with a fast attack and fast release to quickly clamp down on transients that get too loud. One common trick is to use an 1176 to apply ~3-6 dB of gain reduction at a ratio of 4:1. This is a great way to tame a dynamic vocal performance.

Then, add a second compressor with slower attack and release times, and a lower ratio. Use this compressor to gently glue the performance together. Many engineers prefer the LA-2A for this job.

Finally, use an aux send to create a parallel compression chain for the vocal. Use extremely fast attack and release times, super-aggressive ratios, and excessive amounts of compression to create a pumping, slamming performance that’s full of energy. Then, gently blend in the results with the original. A common trick is to use an 1176 in “British Mode” or “all-buttons-in,” as it adds a colorful distortion that helps vocals cut through the mix.

Give me some space!

Now that you’ve got a nice, loud vocal sitting right up in your face, it’s time to add a little space with reverb and delay. Stereo effects are great for creating width, while mono effects work better for pushing the vocal back in the mix and adding depth.

Reverbs come in many shapes and sizes, but a good rule of thumb is to use shorter reverbs like rooms and plates for more upbeat songs, and longer reverbs like halls for slower ballads. Most reverbs and delays can be synced to the tempo of the track, allowing you to dial in just the right amount of decay. Try setting the decay time so the effect fades away just before the next phrase begins.

While effects can certainly be used in serial, you’ll have more control over the sound by creating aux channels for each individual effect. This way, you can slowly bring up the effects until they sit just behind the vocal. Just be careful — you don’t want the effect to overpower the vocal. Try turning the effects up so you can just barely hear them behind the original vocal — so that if you were to mute the effects, you would just barely notice something is missing.

By now, your vocal should be sounding great — nice and punchy with just the right frequency balance and the perfect amount of space. But people have short attention spans these days, so you’ve got to shake things up if you want to keep them interested for three whole minutes.

Automation can bring a mix to life — it can make your mix growl and breathe in time with the music. Automation can be used to change any parameter over time, including things like volume, panning, plug-in parameters, and more. Simple things like increasing the volume in the chorus, bringing the panning on the guitars in a little for the verses, or boosting the bass in the bridge can make a huge impact and provide listeners with enough ear candy to keep them listening for days.

Follow these simple steps and you’ll have your vocals sounding radio ready in no time. Happy mixing!

Next up: The Simple Test You Can Do to Find the Right Microphone for Your Voice

Brad Pack is an award-winning audio engineer, writer, and educator based in Chicago, IL. Brad holds a Master’s degree in Electronic Media Production. When he’s not in front of his laptop, Brad can be found in the mosh pit.