How to Promote Your Next Tour Like a Seasoned Publicist Would 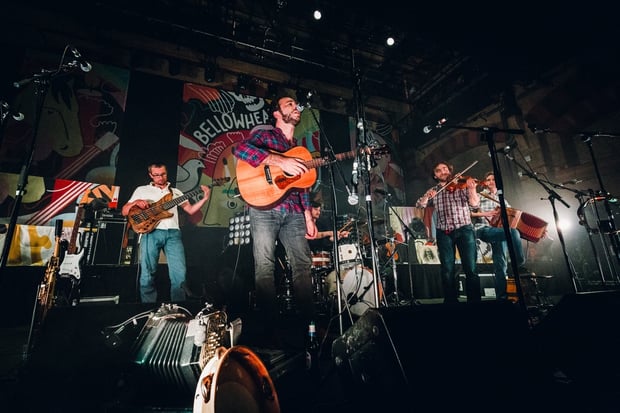 Playing live is one of the most important things you can do as a musician, and doing so very well is critical to ensuring places will want to have you back and fans will stick with you. You need your vocals to be on point, your energy levels to be way up, and, oh, some people should be in the audience as well.

Promoting any tour is key, and it takes more time than you might think. Don’t start telling your fans about any of the stops just a few days before! It takes more than a month to do it right, if we’re being serious. I talked to Brittany Brave, a publicist at The Syndicate, about what artists should do if they’re promoting their own string of shows, and she gave me a rundown on what the six-plus weeks before any tour should look like.

While not every tour is based around a product – sometimes you’re just trying to tour – they’re usually timed around the release of something. Are you releasing an album? An EP? What’s the piece of content that you’re going to focus on when you play and speak between songs? You should know this well before you get into booking dates, because the releases should coincide in some way.

Different venues in different cities have very different lead times, and you need to have a sense of all of these before you begin planning anything. You don’t want to assume that all the venues you’re looking to play only need three weeks' notice to book a show, just to find out that ones in Kansas typically plan things two months in advance, while Los Angeles operates on a day-to-day basis. Those figures are of course made up, but you get the idea.

Once you understand the lead time for various cities and clubs, you can pick a general time for your tour and do it right. If you rush the booking, the promotion of the shows will be even more frantic, and that doesn’t help you at all.

Square away your digital media

Once the booking of shows has started, Brave says you need to have all of your ducks in a row digitally. First, you should add the info about your upcoming performances to sites like Bandsintown, your website, and the like. Brave cautioned that while it "sounds simple and obvious," sometimes people in bands "get caught up in the creative process."

[5 Smart Ways to Promote Your Show (Besides Posters and Facebook)]

Give your team the rundown

This step isn’t for everyone, but it is worth mentioning. If you work with anybody in your career, you need to make sure that they know every detail of your shows, and you should also be keeping them up to date with your progress, even if things aren’t done yet. You don’t want your publicist reaching out to an outlet if you already have a friend coming from there, do you? This is also something that sounds obvious, but communication falls apart all the time, and mistakes are easy to make.

Once your show is confirmed with a certain venue, ask its management if they have any local media partners. Some will and some won’t, but you never know if you don’t ask, and they won’t mind you wanting to promote your own show! "They can tell you if they have any special relationships with blogs or publications that tend to frequent the venue or that send photographers there. That's a good start," Brave explained.

Aside from as many of your fans as you can get to schlep out to your show, who else do you want there? What do you want to get out of this performance professionally? Brave said that you should think like a publicist and make a hit list, but be smart about it. "You might not be able to get top-tier attention," she began, before suggesting plenty of other types of people who may be interested in attending. Blogs, college stations, college newspapers, and the like all have a habit of sending young people to shows, many of whom will bring friends along with them. Those are all wins, not just because they may write about you, but because, as Brave says, "everyone and anyone is a potential fan."

Once you know who to target, Brave suggests you reach out to them even earlier than you think you need to. "A month is pushing it," she admitted, explaining that especially for those in big cities that are oversaturated with music and entertainment, you need six weeks or so to get people out to shows. Smaller towns might require less lead time. You should also follow up with people a week before the show to get a yes or a no or to confirm they can make it.