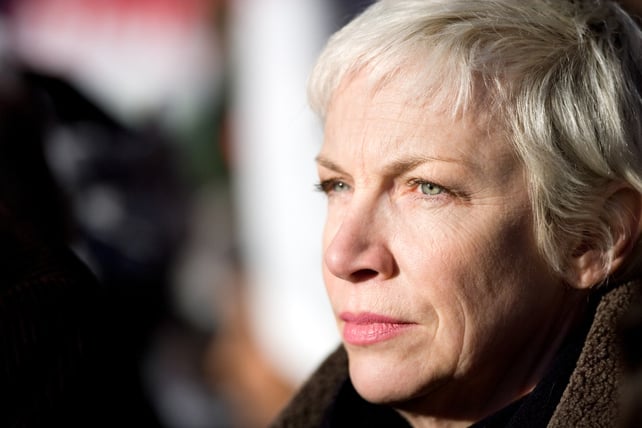 On June 29, prolific singer and frontwoman of the Eurythmics Annie Lennox posted on Facebook about receiving an email from a music promotion company. That letter, like thousands of others sent every day to musicians all around the world, was a cold-call blast that, more than likely, was a scam.

I came across your music on line and really like what I heard! I'm the New Music Coordinator for a station that has over 100,000 unique listeners each month.

I find artists who I think have potential and get them in rotation on our station. If you'd like, please send over the MP3 for your latest single. I'll forward it to Glenn our program director here at [redacted] to see if he's interested in putting it in rotation.

Also, what sort of support campaign do you have going on for your single (press, video, licensing, etc)? I only ask because we are connected to an artist development firm that can also get you onto 150 radio stations worldwide and provide support for press, video, retail and licensing. The best part is, if they really like your music, they'll cover all of the marketing expenses. You can check them out at (blurred website). Please let them know Kylie referred you and you should be in.

Let me know your thoughts and be sure to send me that MP3!

Although she quipped in her caption, "I think I'm in with a chance?!!", Lennox was quick to note in the post's comments the true dangers of these types of emails, particularly when sent to indie artists. She even pointed out that her own team receives them on the reg.

"I'd urge any new (or indeed established) artists to send that kind of email straight to your trash," she wrote, "Companies reaching out cold to help you, sending emails that are clearly formulaic with links asking for cash to upload your tracks are a very dodgy business indeed and not one I want to see anyone fall foul of."

The allure is obvious, particularly when you've been at this music thing for so long without any kind of a break. Receiving an email offering to get your song airplay, even if it costs a little something, seems like a dream come true for some artists. And so what if it sounds fishy? Some musicians are willing to risk anything for even a small reward.

Needless to say, this is a bad idea. The truth is that the majority of these emails, especially if they come out of nowhere, are bad news. The problem is that there's an off-chance you could receive something worthwhile. How do you tell the difference? Here are a few tell-tale signs of a scam you should watch out for along with what to do if you suspect an offer might be legit.

1. A lack of personalization

If the email begins with any of the following greetings, you can chuck it straight into your trash bin (or, better yet, report it as spam so other musicians don't fall prey to its siren call):

Also, the actual email body should indicate somehow how this person discovered you and your music. "I found you on the internet" isn't good enough. On the contrary, "I found your latest track, 'Best Song Ever!' on SoundCloud and noticed it had 943 plays when I listened to it on April 28, 2017! Nice!" is more likely to be legit. Bonus points if the sender breaks from a plug-and-play format and says something nice about your bio or cover art, too.

2. Incorrect details inside the email

Expanding upon the last point, watch out for any incorrect details in the email. The person who reached out to Annie Lennox clearly had no idea what true level she was at as an artist. She inquired about press, licensing, and videos; obviously, Annie f**king Lennox has all of these things in spades.

Obviously, if you're a music superstar, it's easy to laugh at how absurd these criteria are, but it's harder for the average indie musician to discern what's real or what's not when a "music promotion company" asks about buzz. After all, wouldn't a legit company want to know these things?

The good thing is that a legitimate music promotion company will probably have already done some of that research and say something like, "We saw your write-up on The Best Music Blog Ever and were really impressed!" No self-respecting music business would cold-call an artist without doing a bit of digging and finding out whether or not it's worth their time to reach out to a band or musician. Sure, they may ask for some follow-up facts or figures, but they'll probably be more specific than what was required of Lennox.

Also, if you're an acoustic singer-songwriter and the email says, "You'd be perfect for our hip-hop roster," say it with me, delete that ish.

It should go without saying that you should never send money to strangers over the internet unless you're buying an insane guitar off of eBay. Giving money to virtual music promotion companies after one generic email is flat-out Crazy Town, USA. In fact, if you're giving money to any musical entity without a contract, negotiations over said contract, and without showing it to a lawyer, manager, advisor, or heck, even your dad, then immediately stop sending money.

Even if the email says the company guarantees you massive radio airplay in 60 days for a low, low fee of $19.99, that's a huge sign that the offer is completely bogus. Which brings us to our next red flag...

Look, maybe in the good ol' days of payola, music promotion companies could swear they'd get your new single in rotation at every Top 40 station in the Midwest, but we all know today's music industry is much, much more complicated than that. A legit company might give you an idea of what to expect, but it will never make hard guarantees unless the station, blog, producer, etc. has already locked into a deal regarding your band. Even huge PR agencies will never guarantee coverage.

If an email does contain hard promises, it's either a scam or a company that's doing shady business, and you don't want no part of that.

What to do if you think an email is legit

1. Get them on the phone

It's easy to hide behind the cold, blank anonymity of email, but it's way more difficult to perpetuate the act in conversation with an artist. If you receive an offer that somehow passes the test laid out in the four points above, reply and offer to continue the conversation over the phone. If the sender rejects the idea, it's a scam. If he or she accepts, it still might be a scam, but at least you'll have a chance to gather more information and make that assessment.

Prepare for the phone call with a list of questions designed to trip them up and test their knowledge of you and your music. The best part about this is that even if the company is legit, if they don't know obvious information about you as an artist before hopping on a call, it's probably a waste of time to work with them anyway.

2. Google the sh*t out of them

If MTV's Catfish has taught us nothing else, it's that a lot of the internet's lies can be revealed with a quick Google (and/or reverse-image) search. If there's literally nothing on the internet about this company, delete the email. A legit music promotion operation will have something, anything on the internet: a website, a Facebook page, even a listing with the BBB. Look for company reviews; whether positive or negative, they'll quickly verify if it's genuine.

If a quick internet search turns up nothing, but if you're still clinging to the hope that this might be real, head over to LinkedIn and search for the person who emailed you. Investigate his or her resume, contacts, past jobs — basically anything and everything on his or her page. And, needless to say, if he or she doesn't exist, you just avoided your own Catfish situation.

3. Reply back, but don't commit to anything

Treat this email like a trip to a psychic: ask questions, but don't give any answers. Keep your reply brief and never, ever commit to anything, even if it's free. Try to include a sentence or two calling the person's bluff, not in a pushy, insensitive way, but in a way that's professional and fact-finding. And, if you can, return to number one on this list and ask for a follow-up phone call.

It may be tempting to buy into the idea that a music promotion company wants to work with you and help grow your music career, but don't fall victim to emails from charlatans. Chances are, you'll receive these coveted offers when the time is right, and you may even see them coming.

Remember the golden rule: If it's too good to be true, it probably is.

Next up: 3 Ways to Tell if a Music Company is Scamming You