Indie Artists: Here Are 3 Realistic Ways to Support a Cause You Believe in Through Your Music 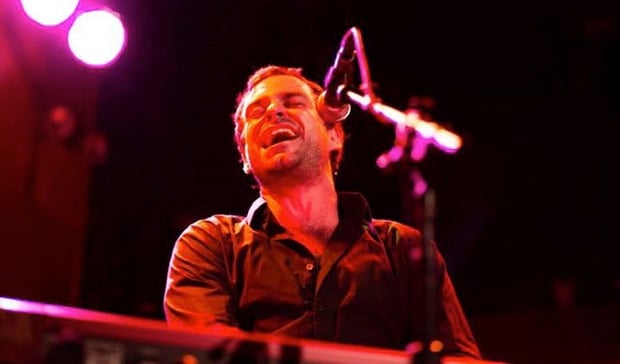 Nat Osborn is one of many indie artists proving you don't have to be as connected as Taylor Swift to make Taylor Swift-like charitable actions. (Photo by Alison Balletta)

Song lyrics, at their core, are a collection of passions. "As musicians, we write and express our emotions through our music," Sick of Sarah drummer Jessica Forsythe explains. "We write about heartbreak, pain, love, anger, cats, dogs, life... it's how we express ourselves. It's our release. Music reaches the mind and heart in a way that’s undeniable. It helps people get through different challenges in their life."

With that in mind, it's no surprise that many artists have causes they support. The connection is an obvious one, as Hello Dollface frontwoman Ashley Edwards points out. "Great, timeless artists reveal meaning and purpose by beautifying and creating deeper meaning in everyday life, and many social movements have been inspired by compelling artists and musicians that inspire people to take action."

Being that music can spark social change, it only makes sense to bring the two closer together. "Teaming up with an organization that has programs, recourses, and solutions for those in need can help get your listeners who may need professional resources to do so," Forsythe notes.

We've all seen millionaire artists publicly support charities, and while it may have been easy for someone like Taylor Swift to set up the donation of all the proceeds from her 2014 single "Welcome to New York" to NYC's public schools, if you don't have a major label backing you or a slew of number-one hits, you might be wondering how you can support a cause that’s important to you. Here are three possible ways you can make it happen as an indie artist.

1. Donate the proceeds from a song

Okay, so you're not Taylor Swift, but that doesn't mean you can't donate the proceeds from one of your songs to the charity of your choice.

When the Che-Val duo of Laura and Kenny Cash wanted to align themselves with the National Parkinson Foundation, having witnessed multiple family members suffer from the illness, they reached out to the foundation. Once they had their association with them in place, the alternative-pop husband-and-wife team chose a song for which they'd donate all the proceeds.

"We ended up using CrowdRise to forward funds to the foundation and promoted the cause as best as we could," Kenny Cash says. "We used TuneCore to keep track of the sales from our single, so we could forward them to the Parkinson Foundation as well."

While Che-Val reached out to a foundation, NYC soul artist Nat Osborn had someone reach out to him. Osborn lost a friend to aggressive blood cancer, and around that same time, an old college buddy named Steve Mazza contacted him. Mazza had created the nonprofit Play It Forward, which connects artists with charities to raise funds through the sale of exclusive content. Osborn donated a song, looking to raise funds for the Leukemia Research Foundation.

"We got a really positive and enthusiastic reaction from the foundation when we reached out with the idea," he remembers. "It was Blood Cancer Awareness Month, and they had a donor offer to match all donations on December 1, meaning that we could raise the money beforehand, and then donate it on the first to double our donation size." Osborn's campaign raised over $500 in its first four hours, and he's anticipating the eventual grand total to be a nice donation come December 1.

Singer-songwriter Sarah Kervin also had a helping hand when she was looking to donate the proceeds from one of her songs, "The Least You Could Do," to domestic violence survivors.

Kervin had made her way out of a bad relationship with a boyfriend who was both controlling and emotionally abusive, and ever since she started performing "The Least You Could Do," which is about the situation, she says, "People email me and message me confessing their own stories of abuse, telling me they've never told anyone about it." This led to an epiphany for Kervin. "I realized that my one thread was part of a much bigger story, a much bigger issue."

Enter Wendy Parr, a mentor to Kervin, who assisted her in setting up the creation of a music video for the song, and reached out to the Joyful Heart Foundation, who were moved by the project. With the foundation liking the video, Kervin says, "We entered into a partnership with them, raising awareness about domestic violence with the video, and proceeds from the single benefiting survivors."

Redray Frazier, a soul-rock artist from Portland, OR, was able to stay in-house with his song donation, as his drummer, Ezra Holbrook, is one of the co-founders of UseMusic, a nonprofit designed for artists who want to give back. "An artist can donate a song for as long as they want, sell it with UseMusic while keeping all the rights to the song, but donating all of the proceeds to the charity of the artist's choice," Frazier explains. After losing his mother to lung cancer two years ago, Frazier chose the American Cancer Society.

2. Bring a charity with you on tour

Most music festivals have booths or tents where charities set up shop, but have you ever considered bringing a charity with you on tour? This is what Sick of Sarah did for their current Torn Labels Project Tour, which is actually named after the organization they aligned themselves with.

The connection came about when Torn Labels Project founder, Em Mello, heard Sick of Sarah's music on a web series that also featured the band's lead singer, Abisha Uhl. Mello, who is promoting anti-hate and anti-bullying through knowledge, music, and art, really liked what she heard.

"We kept in contact with Em after we finally met at a show in Tampa, FL, last year," Sick of Sarah drummer Jessica Forsythe remembers. "We talked about the idea of teaming up on our last tour back in April. We shared with Em that we get a lot of messages from fans on bullying, abuse, depression, and suicide, and we wanted to help, but we just aren't qualified for that. We were getting ready (for our current) tour, and pitched the idea of naming the tour after the Torn Labels Project, and having information at our merch table."

During each show, Forsythe makes an announcement about the Torn Labels Project, and tells fans where they can find more information about it.

[The Big Give Back: How to Work With a Charity (the Right Way)]

3. Start your own charity

Starting your own charity may seem like an extremely involved task, and to be completely honest, it is. That said, it's still very doable.

Ashley Edwards of Hello Dollface says that when she and her fellow bandmate Jesse Ogle were looking to start iAM MUSIC, "We paid and filed for a 501c3 federal nonprofit through a third party organization, (had) a year-long application process while building the location, invested through our gig income, and developed a board of directors, a full-time staff, and a proper team to grow toward a global vision of services, music education hubs, and events."

Sound ambitious? According to Edwards, iAM MUSIC is already well on its way. "We service facilities that don't offer music education, and we provide a progressive, for-credit program and model to facilities such as youth detention facilities, low-income high schools, charter high schools, public and private middle schools, and special needs schools in our community [in Colorado], in addition to coaching and teaching private and group lessons to about 100+ [students] in our 2,400-square-foot studio."

Not to get all Field of Dreams on you, but this is a clear example of, "If you build it, they will come."

Whichever route you choose for aligning yourself with a charity or cause, it's going to have an array of positive results. "Through linking up with people on social media, we were given tons of new information and research concerning (Parkinson’s) disease," says Kenny Cash of Che-Val. "Tips that not only are helpful for Parkinson's patients, but things we use in our day-to-day health, as well. My major piece of advice is to align yourself with a charity that you believe in, and the entire process will be a reward."