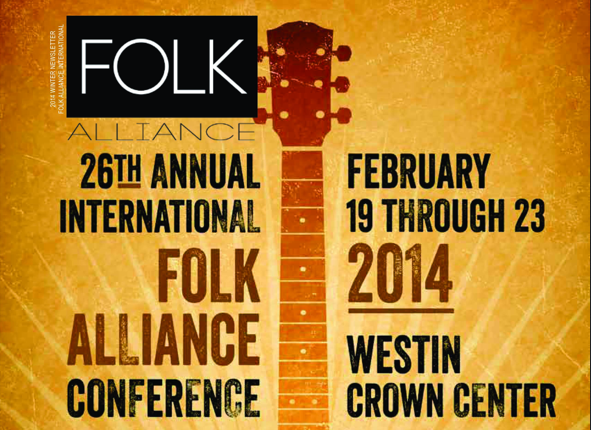 Last week, we introduced you to 12 of the Sonicbids artists playing our private "Sonicbids Presents" showcases at the 26th International Folk Alliance Conference in Kansas City, Missouri. To kick off the first day of the conference, we're bringing you fun facts and songs by 12 more fantastic folk artists who have been invited to perform at our showcases this week.

Meet these 12 Folk Alliance performers, and then click here to get to know the rest!

Artist: Lyal Strickland
Hometown: Buffalo, Missouri
Sound: Writing about too much rain and not enough of it, economic upturns and downturns, and the intricacies of small town culture, Lyal's acoustic songs come straight from the heart with a heavy dose of reality.
Fun Fact: In addition to songwriting and performing, Lyal raises grass-fed beef.

Artist: Susan Cattaneo
Hometown: Medford, Massachusetts
Sound: New England Americana with a twang. Respectful of tradition, but not bound by it, Susan blends rock, folk, soul, and blues with a healthy dose of country.
Fun Fact: Now a songwriting professor at Berklee College of Music, Susan began her music career early, singing six-part harmonies with her family and performing country songs by the campfire.

Artist: Heather Maloney
Hometown: Florence, Massachusetts
Sound: Heather's music is rooted in adventurous folk, but she uses juicy touches of pop and a little dash of rock 'n' roll.
Fun Fact: Although she went to school for music and had done plenty of singing, Heather only began writing tunes a few years ago after living and working for three years in a silent-retreat meditation center in central Massachusetts.