Less Is More: Why You Should Pitch Your Music to Fewer Publications 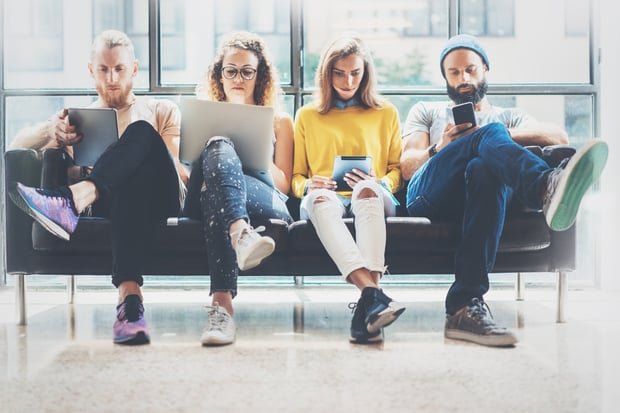 Logic dictates that the more music bloggers you reach out to about your band, the more coverage you’ll receive.

Why you should concentrate your press efforts

When I first started Green Light Go Publicity in 2002, I used this same approach. I would create massively large lists leaving no stone unturned in an attempt to secure as much coverage as I could for my clients. My philosophy was that if I contacted more people, the band would most certainly receive more coverage.

First, I received about a one-percent response rate from all the pitches I sent, meaning out of 100 emails sent, only one person responded.

It’s always an uphill battle to receive a response from a journalist, but at the very least, you want to see a five-to-10-percent response from the emails you initially send. By the end of the campaign, I’d be lucky to have 10 placements from a 300-person contact list. This is drastically lower than the ~10-percent industry average.

Large campaigns were also cost prohibitive to the clients, so we tested out a lower cost campaign targeting only 50 contacts. The contacts included only those who would be most likely to cover the band at that point in time.

Instead of wasting the journalist’s time, our time, and the band’s money with pitches for bands they weren’t ready to cover for a variety of reasons, we focused our efforts. The result? We received a minimum of 10 placements on a 50-contact list, giving us a 20-percent return versus the three-percent return we received from a 300 contact list.

Through the years, we’ve honed our approach so we’re now receiving 15 to 20 placements on average. Although rare, on a reactive album, the results can be as high as 35 placements: a 70-percent return rate.

How to accomplish more with fewer contacts

You need to be realistic about where you are with your career. If your band only has a few hundred followers on Facebook and relatively no press, you’ll be starting at ground zero.

When you blanket a generic field of bloggers with your music without consideration of what they actually cover, you’re potentially wasting your time and the blogger’s time by sending music that simply wouldn’t be considered for several reasons. With a smaller list, you’ll actually secure more press with fewer contacts because your efforts are focused on those most likely to cover.

To create your own press list, you need to look at two major factors:

If you’re not sure, go to the publication's website and look for columns or coverage opportunities (i.e., reviews, mp3 premieres, etc.) that might be a good fit for your band. Then, take a look at the past five articles in each section and see if there are articles about your genre and/or bands at your level.

The simplest way to determined whether the covered bands are at your level is by their Facebook likes. If your band's "likes" are in the ballpark of those bands', the answer is yes.

Genre is self-explanatory. If yours doesn't fit the publication, please don’t think you’ll be the exception to the rule. The folk writer you're emailing won’t listen to your band and think, “Wow, I should really cover metal now, because this band is so great.”

If you’re a relatively unknown band and media isn’t already aware of you, it’s going to take repeated pitches and time to bring the outlet on board.

It’s also important to be strategic about when you follow up or pitch again. If you do it too frequently, you’ll simply be blacklisted. Instead, follow up once about a week or two after your first pitch. If you’re pitching again, make sure it’s because you have new content or you found an article by a writer that makes you think he or she could be interested in your band.

Next up: 4 Simple Steps to Creating a Killer Press List