The 7 Essential Musical Credits You Need to Keep Track Of 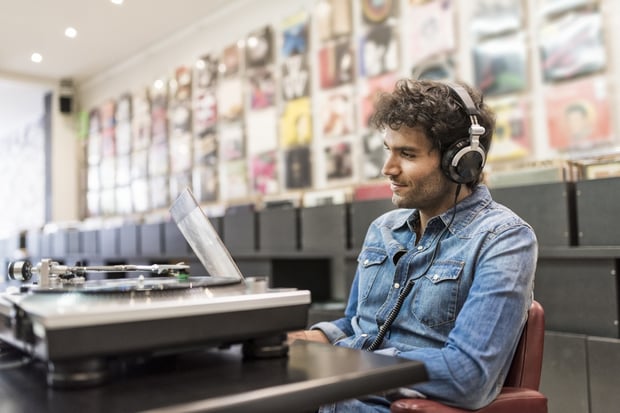 If you're gearing up to make some new music and release an album, make sure you’re keeping proper notes and writing down everyone who was involved with every bit of the album-making process as you go along. Trying to look back later and remember every place and name is incredibly difficult.

You might not think it’s that big of a deal, but if you fail to properly credit someone for their work, you run the risk of alienating that person, losing a contact, and even getting yourself into some legal troubles. While you're working, follow this checklist to make sure you're keeping track of every credit.

1. The studios you used

Most artists will book studio time when they’re recording a new album, and it’s a good idea to keep track of where your final cuts were actually made. This could be a proper location or, if you're a particularly busy (or cash-strapped) musician, it might be a hotel or even your bedroom.

It doesn’t really matter, and you don’t need to get too deep into the details (as in don’t write down what room in a motel you recorded a certain track), but many of your fans will be interested to know where all of their new, favorite music was finished.

Some albums come together in a month while others take years. Inspiration comes at random times, and it’s difficult to remember every moment of piecing a song together, but do your best to note when big chunks were completed for your tunes.

Maybe you and your bandmates started half of an album in one year and picked it up five years later, thus making the entire process a very lengthy one. Perhaps six songs were recorded in one single day, which is a pretty incredible output.

Writing down the actual dates – perhaps in some sort of journal – is a great way to gauge how long it took you to complete a project, and if the timing ends up being particularly interesting, use it as a pitch when reaching out to journalists.

For many smaller acts, the producer will usually be you, and sometimes a person at a recording studio where you actually track your album that you should credit in some form as well. The producer is the person who actually created the music for a song, so keep in mind who helped build each tune.

If it’s just you and your bandmates, that’s fine, and you can decide whether you want to keep track of it under everyone's separate name or just the group’s. If someone else was involved, you need to make sure that he or she is credited with co-producing your future smash hit.

This might be the most important thing to keep track of, because it ensures that the right people are being paid. Failure to properly credit songwriters has gotten many a musician into trouble, and you don't want to be one of them.

Before you start co-writing with people other than your bandmates (some groups just credit every member on every track), look into the legalities of crediting a band versus each individual. You can do what you want, as long as no one can say they didn't get their due.

[Don't Get Screwed Over: 3 Times Musicians Think a Handshake Deal is Enough, But It's Not]

You might not even end up meeting these people, but that doesn’t mean they aren’t important to you, your band, and especially your new album. Mixers and engineers perfect the album, clean it up, and make sure everything is ready before you ship it out.

These people have talents that few in the music industry possess, and they're in demand and worthy of both your cash and the credit. Don’t leave them out just because you might not know them or because you don’t understand exactly what it is they do.

They might not be part of your band, but their contributions are still important. Many big names got their start as those in the background, and these musicians and vocalists are some of the most talented people in the business.

Get the names of everyone who played a note on any of your tunes or sang even a single second and give them credit. You can work out payments in a few different ways with these artists, but make sure you note their contributions, because you never know who will be the next one to explode. Hopefully, if your singers or session players do, they’ll remember the work they did with you... and that you properly appreciated it as well.

If you’re working with a record label or a publisher, they’re likely going to be on top of making sure their brand names are included in all necessary materials, but it doesn’t hurt to keep this on your checklist nonetheless.

Sometimes different songs will be handled by different publishers, depending on who was involved. This is important info to note, as it has to do with payments (as I mentioned above). If a record label is helping foot any part of the bill, shouldn’t it at least get a shout out, even if the company doesn’t seem to care?

[What Do Record Labels Still Have to Offer?]