What Do Record Labels Still Have to Offer? 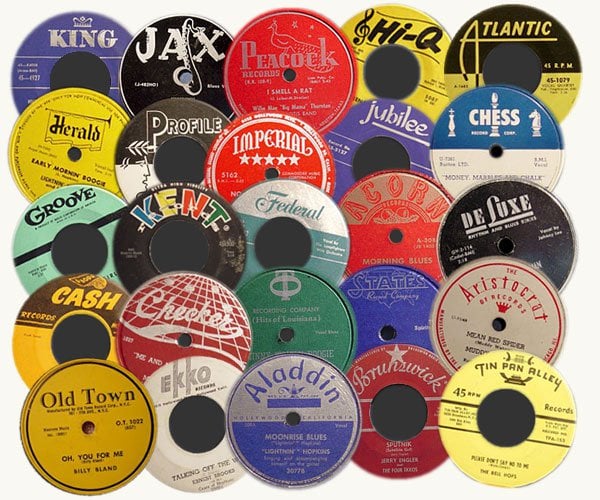 With all of the independent artists that are out there today making a living, and all of the resources and educational tools that are available for them, it seems like staying a free agent is the ideal option (especially with all of the record label horror stories that go around). However, record labels big and small have resources that independent artists have to work much harder to gain access to; there are still benefits to signing that contract.

Here are some of those benefits that you might be able to reap, if your record doesn't get shelved.

To this day, even artists who make it big independently often recruit the help of a major label to expand their distribution to a larger marketplace.

Though independent artists can still get radio play (especially on college radio), it's very difficult, and record labels are better than anybody else at getting artists on the airwaves and into the ears of everyday listeners. Having label distribution also makes it much easier to get copies of your record all over the world, greatly increasing your ability to tour internationally if your album sells well overseas.

Of course, all of this is possible to do on your own, but it's much more difficult and time consuming. Record labels specialize in distribution and have all of the contacts to make it happen.

In order to get any attention from a label whatsoever, you'll generally need to have already started building a strong team around your brand. This includes people such as booking agents, publicists, lawyers, managers, and anybody else who helps handle the business stuff. Labels have big staffs of these very people on board, and when you sign on with one, they will often fill out your team with anybody you're missing.

Like with distribution, labels also have contacts overseas, and will help you build a team to have successful international tours (something that is, again, quite difficult and time consuming to do on your own).

[How to Build the Dream Team for Your Music Career]

Having a successful career making original music is definitely a full-time job plus overtime. In order to make it work, a lot of original artists ditch their day job before they've reached financial stability in their music career in the hopes of putting in all of their time and energy to jumpstart it. What ends up happening is many artists essentially living on the road, touring around and around and around the country in order to stay afloat (you don't have to pay rent on a van). However, they have to stop and take a break somewhere eventually. But if you're only ever breaking even on the road, what happens when you stop?

This is where labels can help you out. If they sign to put a record out, they will often advance you a certain amount of money (though it's not nearly as much today as it used to be). While the label does get reimbursed for this directly out of your future record sales (and possibly all of your other streams of income, if you sign the dreaded but common 360 deal), having this money up front can at least allow you to survive while you’re off the road cutting your record.

Of course, advances often backfire. If you don't sell enough records to cover your advance, you'll actually end up in debt to the label, which could make your future music career difficult. But if you're one of the lucky few who get signed and actually sell enough records to stay out of debt, having an advance is a luxury that can keep food on your table when you're off the road.

Despite the way the recording industry has been evolving over the last decade or two, record labels are still power players in the world today. Perhaps it's more out of tradition than respect, but being on a label will still grant your brand a certain sort of legitimacy that's hard to attain otherwise.

Signed bands get attention. Label affiliation is one of the first things that press, booking agents, promoters, talent buyers, and all sorts of other industry professionals will look at when you reach out to them for the first time (especially if it's you who's reaching out, rather than a member of your team).

In fact, there are some folks who won't even work with you if you aren't affiliated with a label, unless you somehow are able to work your way into their inner circle or are selling out huge venues on your own.

It's entirely possible to make a living as an independent artist, and even a comfortable one. Though it's hard work, the goal has never been more attainable than it is today, and people do it every day. Getting help from a label doesn't guarantee that you will make more money than you could make independently. However, those who are able to take full advantage of the label's benefits can reach levels of success that are still almost completely inaccessible to those who work independently.

For example, what if through the label's worldwide distribution, your record blows up on multiple continents, leading to multiple successful large-scale international tours? You may be able to work up to that point on your own, but it's still something that's much more realistic when you have the "machine" backing you. The chances are admittedly extremely slim, but if the stars align just right, you can end up making much more money than you ever could have independently.

It's a matter of risk vs. reward. In the end, it’s impossible to say exactly what could go down if you sign the contract. But even in today's music industry, you can't deny that labels still carry a ton of power and can be a resource for your success.