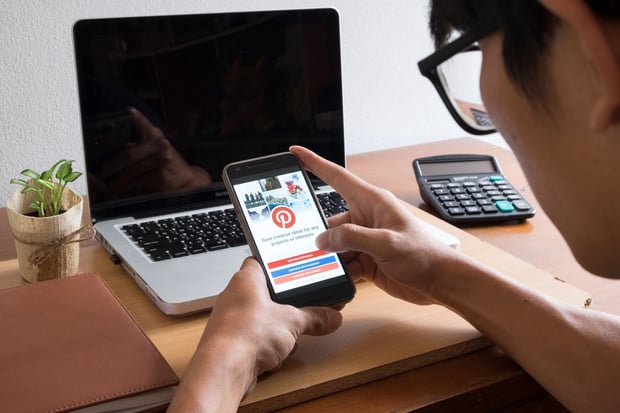 Doesn’t it always feel like just as you’re getting the swing of your social media habits, something changes? Facebook will mess with your newsfeed, or another platform will change how it looks. On top of that, there are new apps popping up all the time, and keeping up with where people are can be tough.

Pinterest isn’t exactly new, but if you haven’t thought about it much (which is probable), it might be time for you to consider the photo-focused site. Pinterest is a different kind of social media site, and it can be a lot of fun and pretty beneficial for your music career.

If you’re going to start investing some time and effort into the site, here are a few best practices to follow.

Adding your music videos, vlogs, behind the scenes clips, and so on to your profile couldn’t be easier. Pinterest is great because it's connected to many other sites, so it usually takes just a few clicks to share the same content on two pages. Post your videos where you normally do (YouTube, Vimeo, and the like), and in just a couple of seconds, that same content can be viewed on Pinterest as well. The more places you put those videos, the more views – and that’s always a good thing, right?

2. Add text to your image

Pinterest isn’t made for writing blog posts, but that doesn’t mean it can’t feature text. Think about all those images you’ve seen that are visually appealing, but just words on a background. There are an unlimited number of ways to incorporate text into your images, and that can be very helpful.

Not only will a picture of words break up a slew of traditional photos, but they can more easily convey information that you are desperately trying to get out to the public. Do you have a new single coming out soon? Tease the release date. Announcing tour dates? Get someone who has a knack for graphic design to create something cool where you can relate the venue, time, and all relevant info in one picture.

Also keep in mind that these images, if they’re good, can be used across all of your social media channels, as everything is becoming photos and videos these days. If those words look spectacular, share them to Instagram and Facebook, saving yourself some time in the content-creation department.

3. Don't just "talk" about yourself

While Pinterest (and all social media, really) can be a great way to promote your projects and show people who you really are, it shouldn’t always be just you, you, you. If all of your time on social channels is spent only chatting about your thoughts and ideas or shilling your new single or album, you’ll see both engagement and your follower numbers take serious hits. Nobody likes someone who's so self-involved!

[5 Things to Talk About on Social Media (Besides Your Music)]

Like all social media, you should go into this with some sort of commitment. Different channels lend themselves to different schedules and frequencies, so keep that in mind as you kick off this new project. Twitter might be better suited for several messages a day, while Facebook is great for the occasional, perhaps daily, posting. Pinterest is thankfully not another social media platform that will take up all of your time, as you only need to focus on it here and there.

Try to share a few things a week, and if you do it well, your fans should be satisfied. It’s not just about how often, but the quality of both your posts and your curation.

5. Encourage your fans to get involved

Pinterest is a great way for you to connect with existing fans and make new ones. Don’t just post things for them to see – ask those who love your music to help make your Pinterest page even better. Perhaps they have a cool picture of you performing from a recent show, a great graphic of your lyrics, or maybe just a fun photo of them wearing your band’s T-shirt. It doesn’t really matter what it is or how you ask them to get it to you (random emails, tweets, messages, or perhaps a contest) – just try it out! You might be surprised about what you get from them, and when you blast out their content to all your fans, it'll make them feel special, which will strengthen your bond.