Musicians: You're Losing Your Hearing, and It's a Bigger Problem Than You Realize 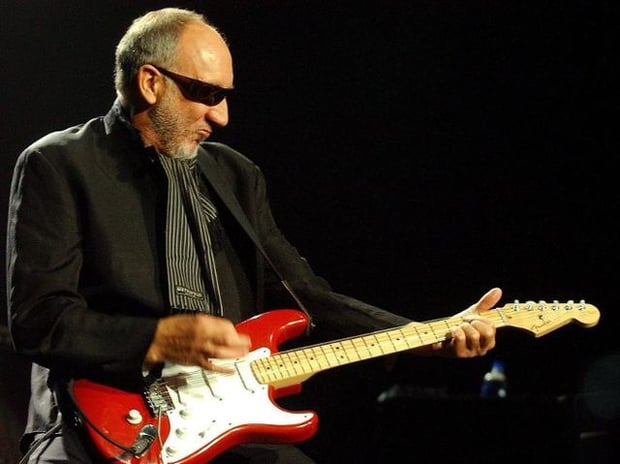 The Who's Pete Townshend has experienced decades of tinnitus resulting from music. (Image via breitbart.com)

Everybody knows that being a professional musician comes with sacrifices – job security, standard of living, spending time at home with family and friends – but many musicians don't think about how their health might be affected when they get into the business. Touring and all the late nights in the studio can certainly take their toll, but one thing too many performers don't consider until it's too late is their hearing, which is obviously incredibly important for a career in music.

Earlier this year, the World Health Organization (WHO) released a report that claims that up to 1.1 billion young people may be at risk of serious hearing loss if behaviors don't change. Now, I don't know a lot about the demographics of the entire planet, but that's around one seventh of the entire population of the world, and that's just looking at younger generations.

1.1 billion young people may be at risk of serious hearing loss if behaviors don't change.

According to this paper from the University of Illinois at Chicago, musicians losing their hearing is an occurrence that is only increasing in frequency. According to a study cited in the statement that focused on one symphony, "59 out of 139 orchestra musicians (42 percent) had hearing losses greater than that expected for their ages." So that means this isn’t limited to just rock 'n' roll, and that everybody needs to be aware of this issue.

So, just how loud can things be before they're dangerous to your ears? Prolonged or repeated exposure to sounds above 85 dB can slowly harm your ears, eventually leading to hearing loss. What does 85 dB sound like? Well, according to this infographic from Mind the Gap, that's about what you'd be exposed to sitting in heavy city traffic. Almost everything involving music is above that level, including the average CD (which is just a few decibels higher at 90 dB) and a rock concert (which can be as high as 110 dB).

Being around music that's turned up too high for too long isn't just bad for your ears – there are plenty of other negative health consequences that come along with losing hearing. The author of the research report mentioned above (from the University of Illinois at Chicago) points out that while hearing loss is certainly never a good thing, it can be especially harmful to a musician’s livelihood. "Auditory acuity and sensitivity are especially important to the musician and even a subtle deficit may detract from the perfection of a performance," the paper says. "In extreme cases, severe hearing loss could mean an end to a musician's career." If you’re not careful, all that playing live could actually hurt your performances in the long run.

One of the biggest issues that can accompany hearing loss is a condition called tinnitus, which WebMD defines as "the sensation of hearing ringing, buzzing, hissing, chirping, whistling, or other sounds. The noise can be intermittent or continuous, and can vary in loudness." Apparently, the sounds you hear can be most annoying when there isn't a lot of other noise, as that’s when it can be "heard" the most. Many who suffer from tinnitus say they have trouble sleeping, and from there it goes downhill pretty quickly. As this Pitchfork article points out, there are too many stories of people who have been unable to go on with their tinnitus and who have ended their lives. So yes, hearing loss can have extreme consequences.

What can be done?

So, what's a musician to do? Well, as much as I hate to say it, and I bet you hate to hear it, you're going to have to turn the volume down, at least when you're listening to music yourself. Whether it's in the studio, in the car, or with your headphones and your device of choice (we all just use our phones now, right?), don't crank it up! It's not necessary, and it will save you in the long run.

When you're onstage at a music venue or at a festival (or even just watching), you'll want to always have earplugs with you, as it's unlikely that concerts are going to be getting any quieter anytime soon. For many people, this advice isn't new, but that doesn't mean it's being followed. Try to always have a few pairs on you if live music is in your near future. They’re not expensive, and it’s pretty easy to keep them in your pocket. You can be just as hurt onstage as you can off, by the way.

Protecting your ears isn’t something that people often discuss, but now the facts have been presented and you're aware of what could happen. So even if you never get tinnitus or lose all of your hearing, why take the risk? Preventing these things is so easy, and it could make all the difference in your career down the road.