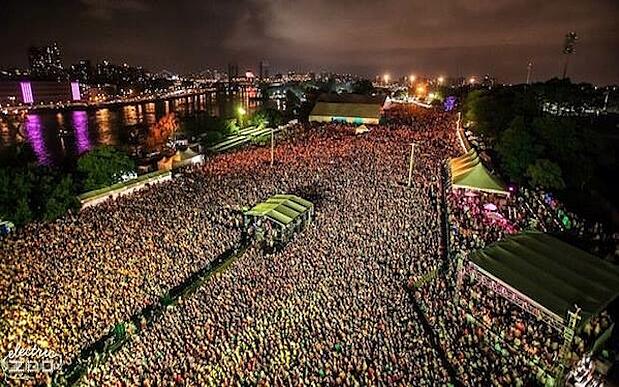 Even after several injuries and arrests last month, city commissioners voted 4-1 to keep Ultra Music Festival at Bayfront Park. In the days leading up to the vote, the festival organizers launched an online petition to keep the festival in Miami, which accrued nearly 50,000 signatures as of this writing. [Consequence of Sound]

If you want to purchase tickets for Electric Zoo this summer, you're going to have to sit through an anti-drug PSA first. There will also be amnesty bins at the gates where you can toss any illicit substances you may have on you... and hopefully not get arrested on the spot for possession? [Death and Taxes]

Less drugs and more geeks can be found at this year's Moogfest. While CEO of Moog Music, Mike Adams, admits to using SXSW as a model for the festival, he's putting a more eccentric twist on it: "We try to bring in more of the engineering geeky side of things as opposed to the glamour marketing side of things." [Billboard]

Want to be a pro at your next festival performance? Here are a few of our tips.