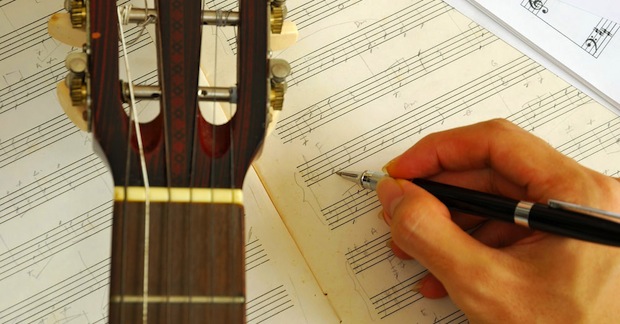 When time is short and we have lots of repertoire to learn, it's easy to feel overwhelmed and simply plow through as much as we can in a frenetic, bulldozer-y sort of way. None of this feels particularly smart or effective as we're doing it, but in the moment, the desperation kind of compels us to abandon any semblance of strategery and simply hunker down and keep our fingers moving, which feels more productive than stopping to engage in practice planning.

But is there a better way of learning music when time is limited? Are there specific strategies that can help us get to a higher level of playing more quickly? Or do we have to just dive in and maximize the number of repetitions we can get in?

The art of practicing

In many areas of our lives, knowing what to do is only part of the equation. For instance, I can have a perfectly sound understanding of how to add, subtract, multiply, and divide fractions, but if I encounter a story problem and can't figure out which operation to use, my results are going to be less than ideal.

The when is perhaps just as important as knowing what, and this is where the art and skill of practicing comes into play. Like:

This begins to get into an area of practice tactics known as "self-regulation." As in, what do the most effective practicers do to make sure they're not being inefficient and simply banging their heads against a wall? When we're little, we have parents to help us avoid getting stuck in a rut, but at some point we have to become our own practice coaches and ensure we're making the most of our time and energy.

To that end, Indiana University professor Pete Miksza conducted a study to see what would happen if he trained one group of students in effective practice techniques (like slow practice, repetition, whole-part-whole, and chaining), and another group in the same practice techniques plus self-regulation strategies (like concentration, goal-selection, planning, self-evaluation, and rest/reflective activity). Would there be a difference in learning between the two groups?

On day one, the students in both groups recorded themselves sight-reading an etude provided by the researcher. Next, they were given 20 minutes to practice the etude in any way they wished. Then, they were asked to record a second performance of the etude.

On day two, both groups were asked to watch a video about various strategies for more effective practicing, and this is where the groups' training experiences began to diverge. One group's video (the "comparison" group) trained them in a series of practice techniques like chaining (chaining involves taking a phrase that's too difficult for you to play, then starting with the first bit that you can play, and once you get the hang of it, adding additional little bits to it, until eventually you're playing the phrase in its entirety) and whole-part-whole. (What's whole-part-whole? Let's say you’re having trouble with a section of music, and there's one part in particular that's particularly gnarly. Whole-part-whole would involve working on that little trouble spot in isolation, but then playing the larger section again to make sure you can nail that tricky bit in context.)

Meanwhile, the other group's video (the "treatment" group) included not just this same collection of practice techniques, but self-regulation strategies like effective goal selection, as in, rather than simply diving in and just playing things over and over, taking a moment to make a note of the key areas that need work and create a plan for how you're going to solve these issues before you even get started, and self-evaluation. For instance, regularly taking stock of your focus level during practice sessions, spending a few seconds to ask yourself whether you're still practicing effectively or if you're distracted or zoned out, or doing a self-evaluation of how effectively your current practice strategy is working – and moving onto a new section, or trying a different strategy if you’re not really getting anywhere.

Importantly, both videos included not just a description of the practice and self-regulation strategies, but illustrative demonstrations as well, with the models (several advanced grad students) giving a running play-by-play of what they were doing and thinking as they demonstrated each example. Following the 15- to 17-minute video tutorial, students were asked to try out the ideas they learned from the video during their regular practice for the day.

On day three, both groups watched the videos again, and were asked once more to try to use these ideas in their practice.

Day four was more of the same.

Then came day five. As on day one, students were given a fresh etude to sight-read, which they recorded, and then had 20 minutes to practice before having to record it again.

So how did the students do? Did the self-regulation strategies do anything to enhance their learning?

Changes from day one to day five

After all of the students' recordings were evaluated by a panel of three graduate music students on a five-point scale (where one equals many noticeable mistakes present, and five equals precise demonstration of musical elements), it was time to do some number crunching.

But even cooler, the treatment group (i.e., practice strategies plus self-regulation training) one-upped the comparison group (i.e., practice strategies only) on day five, making significantly greater improvement on their etude in the same 20 minutes of practice. So from day one to day five, something changed in their ability to learn more quickly. The researcher suggests that the over the course of the five days, the students in the treatment group may have learned how to better apply the practice strategies in a more effective and strategically optimal way. For instance, one difference in the practice behaviors of the two groups was that on day five, the treatment group spent more time working on musical nuances like articulation and interpretive issues, as opposed to just working on the notes and rhythms.

Here were my main takeaways from this study:

For more practice and self-regulation strategies, download the study and check out the appendix, which includes the written script of the practice techniques and self-regulation strategies that the students were trained in. I don't believe there's a publicly available copy yet, but you can download the study if you have access to a university library’s electronic resources or even a public library’s online journal database. Or easier yet, check out Miksza's Prezi presentation, with the training video students watched, the etudes used in the study, and more right here.

Performance psychologist and Juilliard faculty member Dr. Noa Kageyama teaches musicians how to play their best under pressure through live classes, coachings, and an online course. Based in NYC, he is married to a terrific pianist, has two hilarious kids, and is a wee bit obsessed with technology and all things Apple.