What’s Your Road to Austin? 3 DIY Bands Share How They’re Making the Most of Their Trip to SXSW 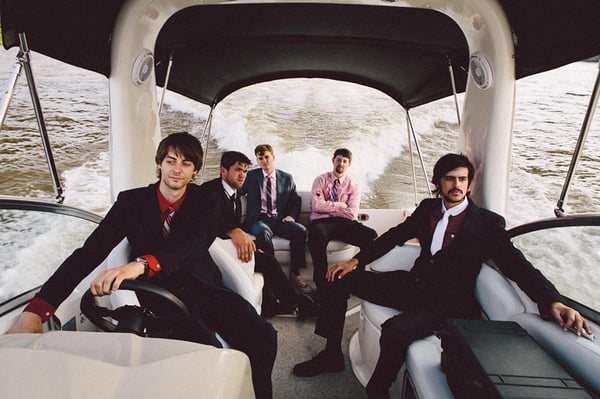 The Semi-Supervillains will be arriving by automobile, not watercraft. (Image courtesy of the band)

Welcome to our 2016 Road to Austin series! Every week leading up to SXSW, we'll be sharing the exciting journeys of Sonicbids bands from all around the world as they make their way to Austin. Follow along to get insight on the planning and preparation that goes into it, a firsthand look at life on the road, tips from SXSW veterans, and much more. Join the conversation by using #RoadToAustin on social media – we'd love to hear from you!

Most DIY bands headed to SXSW get there by car – or, more likely, a van packed to the gills with gear, merch, supplies, and bandmates. Kudos to anyone who endures the trip to Austin, especially those with treks in the thousands of miles. Even more praise, though, for those also stopping to play as many shows in as many cities as humanly possible on the way – and that's actually most of them.

The entire month of March – not just the week of SXSW – is primetime for independent bands. Leading up to the fest and coming back, everyone's playing shows everywhere. And music fans, music writers, booking agents, and everyone else in the industry seem to have their ears to the ground more actively than any other time of year – because, you know, it's basically one of the most magical for independent music.

The bulk of bands looking to truly squeeze all they can into SXSW will start their stretch of gigs a week ahead of whatever they've got scheduled at the festival. There are some overachiever exceptions, though, like Edison, an alt-folk trio from Denver.

"We're kicking off our road to Austin a month early, in February at the Belly Up in Aspen opening for Martin Sexton," says vocalist and guitarist Sara Slaton. "From there, we're heading to Folk Alliance International in Kansas City to showcase for a week and meet our tourmates from Australia, the Soorleys." 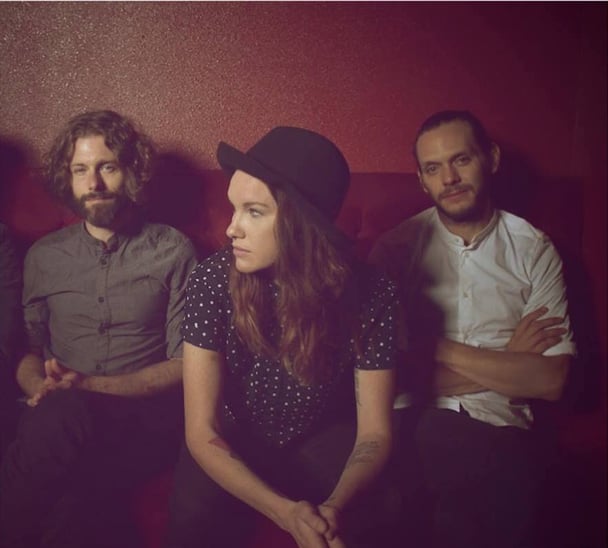 Slaton and her bandmates first met the Australian band when they had shows across the street from each other last year. Together they'll stop in Nebraska, Iowa, Ohio, Illinois, Tennessee, and Louisiana before settling in Austin for the week. They're not playing this year, but they're still attending. And you can bet they'll be networking.

"Make sure and bring business cards to give to industry contacts made (equally important is following up with people you meet)," she recommends. "Don't be afraid to get creative with marketing your band and showcase slots."

Because SXSW is such a staple in the independent music world, talent buyers and venues are expecting the uptick in booking inquiries throughout March. Staple venues and clubs, particularly in larger cities, fill up pretty quickly, though. Planning well in advance is crucial.

The Semi-Supervillains, a Pittsburgh power-pop quartet with blues-rock roots, has already squared away their plans. They've got gigs in Cincinnati, Nashville, Memphis, and Dallas. "We contacted some bars and small venues and explained to them that we are headed to Austin...and they were more than happy to help us pick up a show in each city," says frontman Vinnie Longhi.

With the hype for independent music especially high the week just before the festival, a short-and-sweet trek can be like a tour on steroids. If you want to really maximize the potential for an unforgettable jaunt, stretch it out even longer – like Huntinanny, who've amassed a total of 22 dates.

This will be the self-proclaimed thrashy-tonk troupe from San Francisco's third DIY tour. Their SXSW performances are the centerpiece, and they've got loads of dates throughout Southern California, New Mexico, Nevada, and Arizona on either side. They're hoping, like most bands, to at least offset the cost of gas.

"We've mapped out campgrounds along the way, as we will once again be camping out for the majority of the time we are on the road," says drummer Chris Campbell. "This not only saves valuable dollars, but builds camaraderie and allows us to actually connect a little with the towns and cities we play. Most people would be surprised how modern and accommodating campgrounds have become in order to attract customers. We are a pretty stripped-down operation, so a fire pit is all we really need, add in hot water and shower facilities... luxurious!"

Friends who live along their route have been welcoming to visits – important for showering, sure, but also helpful in making connections with the local scene. "These visits are routinely some of the best of any tour stop and helps us create a local scene of sorts," Campbell says. "We usually sell twice as much merchandise when we connect with someone local."

Huntinanny are fortunate in that they've also worked out some promotions with PBR; they've got an in with a Bay Area rep, who helped them reach out to reps in some of the cities they're visiting. "Almost every bar that sells PBR has agreed to help with promotion and and specials for PBR drinkers, which is our kind of crowd," he says.

Staying on top of those shows once they're booked, of course, is paramount to making sure they go smoothly. "Nothing takes the wind out of your sails like showing up at Leon's House of Ales or the Sound Pony and having zero local support," he says. "Not only does it affect the door, but you'll end up playing a three-and-a-half-hour set for 12 dudes. We've done it a couple times before, and while it can be fun to challenge yourself, the experience ultimately costs you a little piece of your soul. If the locals flake on you and you know ahead of time, you can always get online and possibly find another act. Always tell everyone you're on tour and, in this case, going to SXSW. It gives people one more reason to buy a shirt or a CD, or at least give you some free advice."

Once you're finally at the festival, keep your social media beat going and try to stay organized amid the chaos. At this point, though, you've done the majority of the work. Now you play – and try to have some fun.

After all, there's plenty potential for magic, as Sarah Slaton of Edison reminds us. "Make sure to take time to enjoy yourself and catch plenty of shows. You never know who you're going to see at SX," she says. "Just a couple years ago, we stumbled into a half-empty backyard party to find the National playing, and later went for free beer only to find Robert Rodriguez (film director) and his band, Chingon, was live scoring scenes from films he's worked on with Tarantino via a theater screen pulled down behind the stage."

Are you making your way to Austin this March? Share your pics and videos with us on social media using #RoadToAustin!