Should You Be Worried About Fitting Your Music Into One Genre? 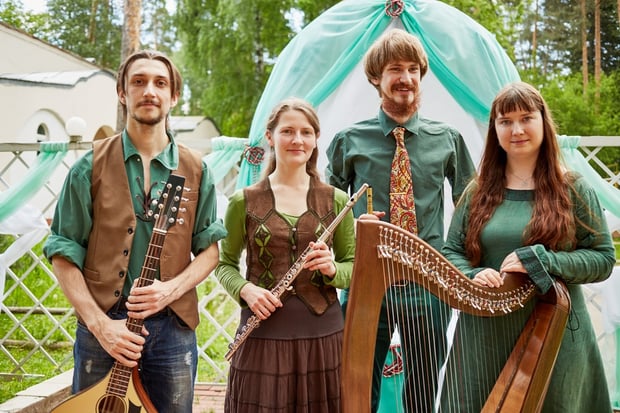 As musicians break down barriers and blend different styles to create previously unheard kinds of music, there's been a lot of talk around the topic of genre. Is this a concept that even matters anymore? Back in the day, people used to identify themselves as a rock fan or a member of the hip-hop community, but these days, almost all music lovers are fluid. Trying new things is expected for most artists, and fans seem to love good music, no matter what it sounds like.

As you progress in your career, should you worry about assigning you and your music to one genre? That’s a decision for you to make, but here is a look at the good and bad associated with both sides.

Letting people know what genre your music is before they’ve even listened is important because it gives them an idea of what they are about to get themselves into, and that’s valuable in many situations.

As a writer, I can say that I hate when press releases or artists themselves won’t say what kind of music they make. I have always focused on covering pop and electronic, and though I like other genres, it’s not what I write about. You can imagine, then, that it’s very frustrating when I am speaking with a musician I’ve just met, and when I ask “What genre is your music?” they answer with some version of “It’s too tough to describe,” or “It doesn’t really fit into a genre.” That’s nice and all, but if you were to say that it’s more hard rock, I’d be able to tell you that it isn’t in my wheelhouse, and we could settle that matter right there.

The same situation pops up for other writers, those creating playlists for streaming, radio programmers, booking agents, and the like. While we’d all like to think that people would only send dance music to a radio show that only plays that one style, that’s not the case. Don’t waste someone’s time by giving him or her something that isn’t a fit by avoiding the genre question. It’s not a clever way to get your music heard, it’s just obnoxious.

While music fans may have moved on from the idea of specific genres, much of the industry has not, and you’re going to run into scenarios where you’ll be forced to choose a genre, even if you don’t like it. At the end of the day, you can decide that you don’t want to start by sharing what genre your music is, but you should actually know the answer. You might be charting some new territory with your songs, but it still likely fits into some broad category, like “rock” or “pop,” and you can explain yourself dizzy after starting off there.

While knowing and sharing what genre of music you create can certainly come in handy, there are negative aspects to going that route as well.

First of all, it boxes you in to a certain extent. If you make it well known that you’re a hip-hop artist, and you build a fanbase with that, those people could be somewhat upset when you decide to try your hand at something different. If you let the music speak for itself, people may assign you a style, and you can ignore it and just keep putting out the art you love.

Drake does a good job of not sticking to just one style, but doing so in a way where nobody seems to be upset when he bounces between hip-hop, rap, R&B, and even pop. He started out like that, and he’s been able to make it work for years now. The same can’t be said for some other acts, which have been roasted for trying new things after establishing themselves as one kind of act.

As I mentioned, we're now living in a time when genre is starting to matter less and less, so perhaps you don’t need to really worry about it anyway, especially if you're just starting out. If you’re going to ignore these kinds of labels, at least make sure that you really aren’t creating some kind of easily identifiable music. Try new things and create something truly innovative; don’t just say you are. Nothing is worse than an artist exclaiming that his or her music can’t be assigned a label, but then after one quick listen, it becomes quite clear that that was an obvious lie.

[How to Respond When People Ask What Your Music Sounds Like]