Should You Make Your Music Available Under Creative Commons? 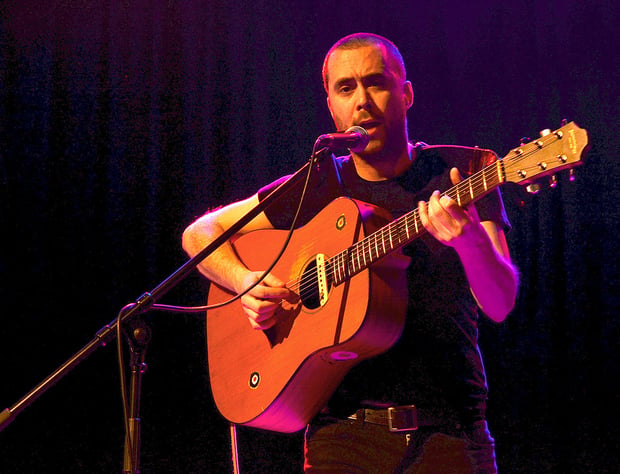 In a time where corporate greed is frequently a news topic, there are also movements pushing back against forcing people to pay for art and music in an effort to facilitate collaborations between creators and to keep art accessible to the public. So should you make your own music available under a free license? Here’s a quick overview of a few of the benefits and drawbacks of freeing your music.

What is Creative Commons?

The Creative Commons Corporation is a nonprofit organization that has created six free licenses that creators of copyrighted content can use to make their art, music, literature, etc. available to the public for free. These licenses have varying levels of restrictions, and the software explains the terms in plain English, asking creators to decide if they will:

The finished licenses are available in both legalese and in plain English to make the licenses strong enough to hold up in court, but easily understandable for those of us who never went to law school.

The benefits of free licenses

The Creative Commons mission statement touts its work as a way to “maximize digital creativity, sharing, and innovation.” To this end, making your music available under a Creative Commons license can make it easier for others to collaborate with you by making adaptations of your work.

A good example of a musical area that could benefit from a little freeing of the payment and permission structures in place would be music sampling. When other artists seek to use samples of your music in their new songs, making it easier for them to get permission to use your music, and eliminating the need to pay royalties for each sample in a song with multiple samples, can make these derivative works much more feasible.

Because Creative Commons licenses were designed to remain in effect for the life of copyright, people making derivative works or adaptations can rest assured that no one will come after them at a later date for payment of royalties. The ability to find good free music is especially loved by people creating videos, since the process of getting sync licenses can be both expensive and difficult, and creators often have to find and approach publishers personally to get sync licenses.

Licenses that allow people to use your music for free also have the benefit of possibly getting your music in front of more people. Imagine an advertising company that wanted music for an ad but didn’t have the budget to pay for it. Ordinarily, they might seek public-domain music, but if your music is relevant and freely available, it might be made part of the ad and be seen and liked by a wider audience than you would normally have access to. The extra exposure for your song may encourage fans to seek other music you’ve written. Creative Commons has also created ways for people to search for music which carries their licenses, making it even easier for people to find your music.

In the last example above, an ad company uses your song which you made available under a Creative Commons license, and the song becomes a hit. Unfortunately, by using a Creative Commons license to give up your right to get paid by the ad company for using your song in their ad, you also gave up the right to ever make money from your song, even from performance royalties. So although your song may have become a hit and been heard by millions, the only way you can make money from the song is by getting paid to personally perform gigs or by encouraging people to listen to your music for which you still reserve all of the rights. These licenses were designed to last for the life of copyright, so once you choose to free your song, you cannot go back.

Collaborative drawbacks can also arise from making your music freely available. One of the biggest concerns is that a person or cause that you find offensive or simply don’t agree with (think election season) will make your song their anthem, and you won’t be able to do anything about it. Because you gave everyone the right to use your song without first seeking your permission, you must be willing to accept the good and the bad in terms of collaborations and adaptations that result from others freely using your music.

Should you use Creative Commons?

There are people and companies who have come out as either vehemently in favor of or vehemently opposed to Creative Commons-type licenses, such as the performing rights organization ASCAP, whose responses to the efforts of Creative Commons in 2007 created quite a stir in the world of music copyright. Rather than attempt to summarize the passionate arguments on both sides of the debate, you can decide for yourself by reading ASCAP’s 2007 article, “10 Things Every Music Creator Should Know About Creative Commons Licensing,” and a later response by Creative Commons to a 2010 letter ASCAP sent out to members.

Other musicians have cited difficulties in getting music onto music discovery sites like Pandora and Spotify if the music carries a Creative Commons license. For more of an anecdotal take on the situation, try Bob Ostertag’s article, “Why I No Longer Give Away My Music.”

Ultimately, making music freely available to the public and to other creators is a beautiful sentiment and is a decision many musicians are happy to have made. However, as with any decision impacting your financial interests and ability to approve how your songs are used, you should carefully weigh all of your options before you make a binding legal decision about copyrights, including considering other options that allow you to maintain your approval rights and/or benefit financially from songs which become hits, such as by providing free licenses to specific projects and individuals approved by you. As always, if you have specific legal questions about your music, speak with a lawyer who specializes in copyright and entertainment law.

Before you decide, learn more about copyrights: