Does It Still Make Sense to Release Your First Album Physically? 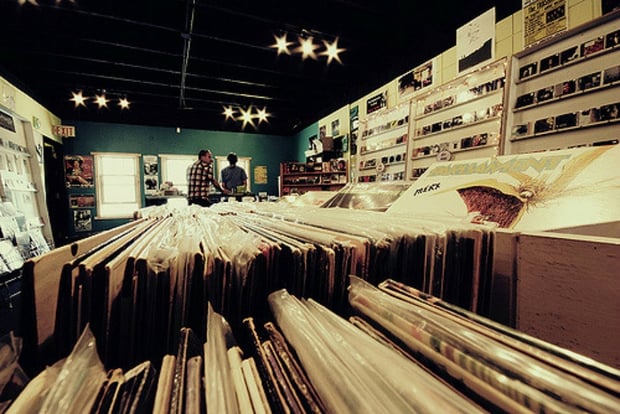 Digging through the forgotten corners of the internet can sometimes yield some pretty funny results. Take this piece, published on Harvard Law School’s website way back in the year 2000. The internet was still relatively young at that point. The iTunes store was still three years away from opening, and the transmission of digital music via the World Wide Web was still in its infancy.

“In the past few years, a new method of distributing digital music has become increasingly popular: transmission of containerless files via the Internet, followed by storage on home computers,” writes the article’s author, William Fisher. It can be strange viewing these types of articles through the cynical lens of the present. According to IFPI, the music industry’s global digital revenues increased by 6.9 percent in 2014 to $6.85 billion.

These days, there’s no question that, barring specific artistic considerations, you should be releasing your music digitally. It’s a sound business decision, and the benefits are fairly obvious. Sites like Bandcamp essentially allow you to do it for free. You don’t have to lug around those heavy boxes of vinyls and CDs to your gigs. And just about everyone you encounter will have the means to play your record.

The more difficult question is whether it still makes sense to also release your music physically. This is especially true for young bands preparing to release their first album.

The cost of physical media

Most of the drawbacks of physical formats come from the upfront costs. You’ve already shelled out a bunch of money on recording and mixing your masterpiece. You can easily double that cost with the printing and pressing of an album.

The most basic package for 500 vinyl records will cost more than $1,000 to print, according to United Record Pressing. That’s a big hit to the band fund for a young band.

Other physical media becomes more cost effective. CDs are relatively cheap to produce at a low cost. But more often than not, people who buy CDs nowadays are just taking it home and dumping it onto their hard drive. And that’s if they even remember. Putting an extra step between the people purchasing the CD and when they actually listen to it is generally a bad idea. People forget. It happens.

The cassette tape seems to be making a comeback in recent years. The largest operational cassette factory in the United States, National Audio Company, has reported 20 percent year-over-year growth in demand for audio cassettes. In 2015, that number was even higher at a 31 percent increase. Still, the cassette remains a relatively niche interest, and not many people held onto their tape players over the years.

The benefits of physical formats

Looking again at that IFPI study, it’s clear that digital sales make up a huge part of the industry. But the study also shows that 50 percent of all music sales are physical. So you shouldn’t discount physical formats completely.

Releasing your music only online could mean lost show revenue. People aren’t as willing to pay for a digital download code as they are for a physical thing they can take home. Many bands will give away their first release digitally for free, but you still have to hope people will remember to look you up when they get home and sober up. A digital album is simply less memorable than something people can take home with them at the end of the show.

The rise in popularity of cassettes presents an interesting situation. They are extremely cheap to make and can sound pretty good with the right stereo equipment. You can also easily couple them with a digital download code. So people can load your music onto their MP3 player of choice, but you still have something solid for them to remember you by. Even if they just throw it on a shelf when they get home, it’s a physical reminder that they once saw your band and liked it enough to buy some merch.

[7 Reasons Your Band Should Release Music on Cassette]

CDs remain popular for many people, and are also inexpensive to manufacture. Most people in the western world have the capacity to play a CD in one way or another. If you’re really strapped for cash, you can even burn your own copies.

Releasing vinyl on your first outing becomes a little more difficult to justify. The cost out of the gate is pricey and not everyone has a turntable. Still, it’s easy to include a download code for the album inside the sleeve, and if you’re careful with your art, it can make a nice piece to hang on people’s walls. If you can handle the cost, it can definitely be worth it. Plus, there are few things in life better than hearing your band on wax for the very first time.

Ultimately, it comes down to what you can afford. Digital-only releases offer a nice, cheap way to get your music out into the world. It can help get you shows, promote your band, and start saving up for your first "proper" release. But on the other hand, putting the money up front on your first recording communicates to the world you’re taking your band seriously. It shows that you believe in the music enough to invest in it and you want to share it with as many people as possible.