Should You Watermark Your Music? 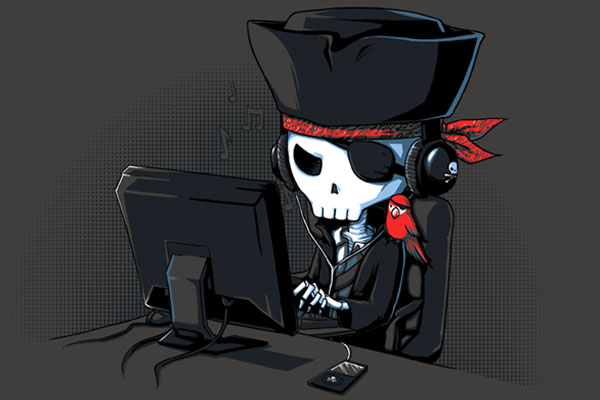 Protect your music from internet pirates. Arrgh! (Image via mybroadband.co.za)

No matter what part of the music industry you're involved in, you've likely had a need to send music to other people before. In fact, it's something that everybody does in or out of the business. Sharing music with loved ones is one of the best things about listening and discovering, and it's only increasing in popularity. Those who are either music makers or who promote musicians for a living likely do it much more than the average person, and this can present unique problems, especially the more music that needs to be sent. Is it for anyone to hear, or intended for just one person? Are tunes that have yet to be released being sent?

There are different types of music that may need sending, or a certain song may need a different way of sharing at different times. And with each situation, there are some best practices. Here are a few in case you're considering watermarking your music.

If you're looking to share your music with everyone and anyone, your options are pretty open. Feel free to upload a new track on YouTube, SoundCloud, and anything else you feel might be a good fit. If you're going this route, invest a few extra minutes and add a visual, even if it's just the cover of the corresponding album. This makes people want to click and then share. If your new album has already hit Spotify, feel free to either share that link or a YouTube video. It's easy, fast, and everybody already knows how to use it. It's also worth remembering that if you're a smaller act, just because something is on YouTube, that doesn't mean everybody will know. If it's not something you want to be heard by everyone, simply don't promote it, and it likely will remain "hidden."

[How to Leverage Free Music Sites to Increase Fan Engagement]

Songs or albums that are private are not meant for everybody, but rather just a few people. They aren't encrypted or impossible to get to, but it does show that people shouldn't share what they're hearing. These options include private pages on SoundCloud and YouTube, which can then later be made public (which may save you a lot of time in the future). Another option is to send people files through programs like Dropbox, WeTransfer, or Google Drive. However, this will force people to download the song, album, or video, and that's something they may not want to do. Keep personal preferences in mind when choosing this option.

If you're going to go with a more private option, answer two questions honestly: is it really necessary to keep this from some people, and is this enough security? If your album is dropping in just a few days, are you really going to go through the hassle of sending bloggers and interested parties a special link which may require extra steps to listen? Also, it's a sad reality, but if you're not going to add special security to your files, they may leak. If you're okay with that probability – and let's be real, it happens all the time – this is right for you.

Now, this is where things can get a little bit complicated and possibly expensive. Sending watermarked music usually requires you to sign up for one of a few programs, many of which charge for their technologically advanced services. The entire idea of adding a watermark to a song is that if it does leak onto the internet, it can be traced back to which person let it out. These days, most watermarks are entirely inaudible and unerasable. It won't hurt your file, and it'll let you know who you can trust.

There are plenty of options when it comes to watermarking your music, such as PromoJukeBox, AudioLock, TrackTrack.It, the AG Watermark Generator, just to name a few. All of them come with different price tags, restrictions, benefits, and so on. If you're seriously considering using one of these services, feel free to browse around and also ask other artists, PR companies, or labels which one they prefer.

Also, before moving forward and sinking any money into watermarking and seriously protecting your work, consider if it's really worth the expense. Watermarks are only good before your album comes out. Once the public gets their hands on a song or CD, anything can happen. If you're, say, Bruno Mars, you'll want to get the best security for a brand-new song, but if you're releasing your debut album soon, and you just want to send an advance copy to a few influencers, I wouldn't suggest watermarking. It's not that your music is any less important, it's just that if you're only going to sell a hundred copies or so (everybody's gotta start somewhere), limiting your costs might be more important.