6 Tips for Musicians in New Cities 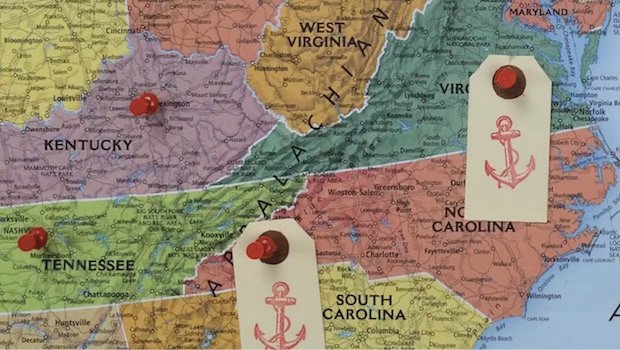 The summer of 2012 was pivotal for my husband and me. We had loved living in Boston, but the time had come to move on. Between the two of us, we had a pair of music school degrees, decades of instrumental experience, résumés that were useless outside of the entertainment world, and a handful of enticing prospects that weren't particularly lucrative. We discussed Los Angeles, Toronto, San Francisco, and Nashville. Maybe it was because he's a big Seinfeld fan, or because my Alicia Keys phase still had a big influence on my life, but we finally decided on New York. Being musicians in a new place was tough – I still consider sprinting back home to California every winter – but thanks to fate and some sage advice, we've adapted nicely. Here are some tips for musicians settling into new cities.

Find a good venue with a low cover and go as often as you can. Tip the bartender well and clap enthusiastically for performers. Shake hands, introduce yourself, and sign up for mailing lists. Musicians – particularly in smaller venues – appreciate a compliment after a performance, and are usually happy to chat about their favorite venues, local acts, and upcoming events.

2. Check out jams and open mics

You may want to be a spectator the first time you go to a particular jam or open mic night. Be kind and confident. Eventually, you'll get the urge and opportunity to show off your skills and let your performance speak for itself.

Every city has its own music scene complete with players who dominate and are wary of outsiders. Chances are, these people have worked hard and put in lots of time in order to earn that role. I'm not telling you to fear them, but be aware that coming in and acting like you're top dog could backfire dramatically.

4. Reach out to your network

Friends of friends and casual acquaintances can become lifelong bandmates. Use social media and events as opportunities to explore all of your networks – high school, college, work, that summer job at the ice cream shop. Get in touch with anyone making music to see if they want to work on a track, jam some afternoon, or check out a show. Worst case scenario: you don't hear back from them. Whatever, you move on!

I did two internships when I moved to NYC. In addition to padding my résumé, I was able to meet some cool people, have some interesting experiences, and get some great advice about living in New York. If internships aren't your thing, find a songwriters' circle, check out some Meetups, take a music-related class, or join a volunteer group. Any kind of experience is going to help you build the network you'll use to start bands and find gigs.

The city you've moved to is going to offer you some amazing musical experiences you couldn't have anywhere else. Take advantage of that by chasing down opportunities and exploring your new home. Whether you're making a brief stop or planting your roots, make the most of the time you have in a place with unlimited potential.

Mahea Lee is a classically trained pianist and composer who has a degree from a jazz school and leads an electro-pop band. Her greatest musical passion is lyrical songwriting, but she's been known to write the occasional fugue. She graduated from Berklee College of Music, where she majored in contemporary writing and production and minored in music theory. For more Mahea, check out Soundfly's course, The Improviser's Toolkit.