Spotlight on Our Boston Calling Winner: The Box Tiger 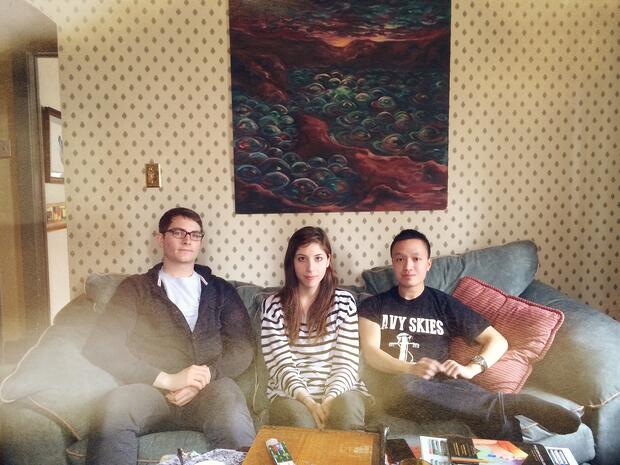 We recently announced that Toronto-based indie rock band The Box Tiger was selected through Sonicbids to play Boston Calling Music Festival this weekend. Even though the band has only been playing together for four years and released their first full-length album, Set Fire, last August, they’re quickly making waves in both Canada and the US. The Box Tiger has already opened for well-known acts such as Metric, Foster the People and The Joy Formidable, and we’re thrilled to watch their career unfold as they gain even more fans at Boston Calling this Sunday.

We caught up with The Box Tiger to find out what they’re looking forward to most about the fest, how they’ve built their fanbase without the help of a manager or booking agent, and what the future has in store for them.

For anyone who's not familiar with your music, how would you describe your sound?

This is always hard to do! Ultimately we believe our music is very accessible, so if we can get someone to start listening to us on their own accord, we let them draw their own conclusions. If they’re not willing to dive right in though, then we tend to use the catchall description of "indie rock.”

What was your reaction when you found out that you were selected to play Boston Calling?

We were absolutely floored! Boston Calling is a huge opportunity for us and some of our favorite bands are playing it. It's really an honor to be selected, because when everything is put into perspective, we're still a very small band. This will definitely be a huge step towards growing, and we can't wait to see what comes of it.

What are you looking forward to most about playing Boston Calling?

We can't wait to perform in front of so many new people. Boston Calling is definitely going to be the largest event we've played to date, and the idea of having our music reach a huge crowd that hasn't heard of us yet is very exciting. Playing alongside so many artists on one lineup that all of us admire, like Brand New, Modest Mouse, Bastille, and Tegan and Sara is also an added bonus for sure!

We do all of our booking on our own, and having a tool like Sonicbids is key to how we operate.

How has Sonicbids helped your career?

Aside from helping us get great opportunities like Boston Calling, it serves as an excellent means of organizing our music, videos, photos, bio and other media to send to promoters and bookers. As mentioned earlier, we do all of our booking on our own, and having a tool like Sonicbids is key to how we operate.

What was the key to building your fanbase in Toronto and beyond?

Over the last year we've been lucky enough to open for Foster the People, Metric, The Joy Formidable and Brody Dalle – all of which have felt like "big breaks" for us. These all happened without the aid of a manager or booking agent. Boston Calling is yet another "big break" for us, and we couldn't be more excited!

What's your #1 piece of advice for other emerging artists?

It sounds pretty elementary, but the one thing we believe every emerging artist should keep in mind is how persistence is key. We can't count the number of times we've driven hours on end only to show up to a venue with five people in it (sound guy and bartender included), but sometimes it's that handful of people that will end up being the catalyst to getting your band's name out there

What's next for The Box Tiger after Boston Calling?

We’re going to be doing a lot of touring throughout the rest of the year, and are currently firming up dates for an East Coast run in July and August. We’ll be going from Bangor, Maine, to Charlotte, North Carolina, and stopping at a number of cities in between. We’re also really excited about a music cruise in Portland, Maine, that we’re putting together for July 27th, featuring performances by ourselves as well as a few other bands that we’re close with. In between touring, we’ll be continuing writing and demoing new songs for our second album. We’re about halfway through the process, and the hope is to start recording a new album by December.

What's the biggest milestone you hope to achieve in your career?

We want to be able to reach as many people as possible and have them connect with our music the same way we’ve connected to bands that have meant a lot to us, and if we can find the means to do this without distraction (namely working part-time jobs!), it would be monumental for us.

What's one silly fact that most people don't know about you?

A good portion of our Set Fire album was funded by selling limited edition Dragonball Z DVDs that Jordan owned. Unfortunately we’re all out of said DVDs, so we’re still saving up for a tour van. In the meantime, we get around in Lauren’s VW Jetta.