The 80 Percent Rule: How to Determine When to Show Your Work 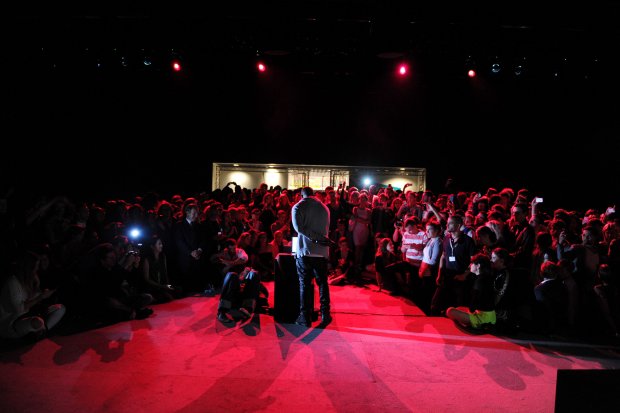 This article originally appeared on the CreativeLive Blog.

The two biggest mistakes artists make are on the opposite ends of the spectrum: showing your work too early or never showing it at all.

The problem with the former is if we let others give their opinions before we've done enough self-revision, then it's difficult to keep the momentum going and it's an unfair representation of your project – no architect asks people what they think about a building before the walls have been put up and no baker wants an opinion on a cake before it's put in the oven. And the problem with the latter, of course, is that if you're working on something, then at some point should probably show it to someone.

To make sure you don't fall into either of these traps, follow the 80 percent rule. This simply means that when you're confident you're about 80 percent done with your project, then it's time to show your work – whether it’s to get someone else's opinion, or simply to validate that you've made something.

At about 80 percent completed, it means there is a significant amount of improvement that must still go into it before you can consider it a truly finished thing. There is still much to do, but the idea is completely there. Maybe the windows haven't been installed and it hasn't been painted and the insides still need a ton of work, but the walls are up. Whoever you show it to has a clear vision of at least what you're shooting for.

Or think of it in terms of high school. An 80 percent is a B-minus. No one really brags about a B-minus, but you wouldn't hide it away in your book bag either. Usually the first thing you think when you see a B-minus is, "Phew, at least it's not a C." And that's what you're aiming for – something that has made the cut and now needs that final big push to really become that ideal thing.

Don't keep tinkering and working until you've produced that perfect, completed thing. You'll drive yourself mad and either won't finish or will still be dissatisfied with the final product. But don't be in a rush to show off your work, either.

If you feel you're working on a great idea, it needs your attention and nurturing and time. Your audience will realize it was worth the wait.

When you're finally ready to show off your work, why not hold a listening party to debut it to fans and friends?